Texas AM Aggies vs. Arkansas Razorbacks 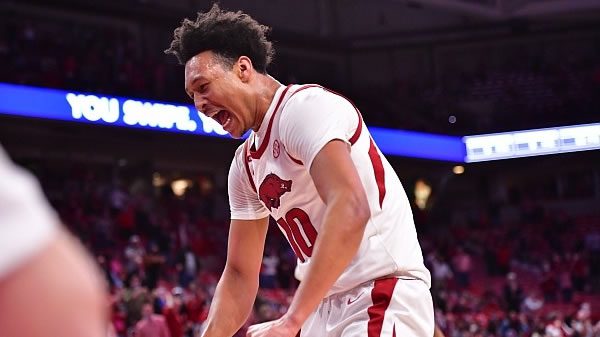 The Texas A&M Aggies come into this matchup with an overall record of 22-11. On the season, the Aggies have performed well in their 20 conference games, posting a record of 11-9. This mark is good for 6th in the SEC. In addition to playing well in the SEC, Texas A&M has performed well on the road and on neutral sites. Through 16 games, the Aggies are 9-7 away from home. Heading into this matchup, the Aggies are looking to stay hot as they try to add on to their current 6 game win streak.

The Arkansas Razorbacks get set to host the Aggies with an overall record of 25-7. On the season, the Razorbacks have performed well in their 19 conference games, posting a record of 14-5. This mark is good for 4th in the SEC. Over their last five games, they have played above .500 basketball, holding a record of 4-1.

Arkansas enters this matchup vs Texas A&M, having played 15 games as the more efficient offense and defensive team. In these contests, they have posted a record of 14-1. Through 32 games, the Razorbacks are averaging 73.0 points per 70.0 possessions (NCAA Average), compared to 73.0 for the Razorbacks. In these situations, Arkansas has an average scoring margin of 16.0 points. On the other side, the Aggies are 5-5 as the inferior team on both ends of the court. In these 2 instances, they hold an average scoring margin of 3.0.

I don’t expect this game to be heavily dicated by three-point shooting, as both the Aggies and Razorbacks are near the bottom of the NCAA in percentage of points from beyond the arc. So far, 28.1% of Texas A&M’s points are coming from three-point shots. The same goes for Arkansas, at 25.1%. In terms of efficiency, Texas A&M has been the more efficient team, connecting at a rate of 33.4%, compared to Arkansas at 31.0%.