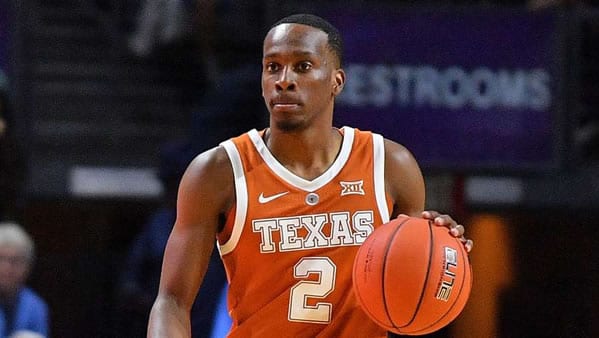 One team comes in full of confidence and momentum, while the other tries to regain what it lost in the early portion of the season. As it usually does, Villanova managed to botch an early season test against a fellow power-conference foe (the loss to Virginia Tech marked the third year in a row that the Wildcats have lost to another Power 6 school in the first month of the season), but it is a fair question as to whether that was caused by the Wildcats extending their stay in the Connecticut bubble. Villanova did get back to showing its potential when it slammed Hartford, but the Wildcats really haven’t yet looked right against the rest of their slate.

Texas, on the other hand, comes in as the 2020 (Not) Maui Invitational champions. The Longhorns came up with an excellent defensive performance against Indiana in the semifinals and then won the Mainland Maui on Matt Coleman’s buzzer beater against North Carolina, giving Texas fans hope that Shaka Smart finally has this program back to the levels that Rick Barnes achieved during his successful run in Austin. Can the Longhorns keep the momentum going and prove that they’re for real against a talented Villanova team?

A look at the numbers reveals that Villanova was a tired team when it came up against Virginia Tech, as the Wildcats put everything they had into the first 30 minutes of the contest and had nothing left when the Hokies made their comeback down the stretch. Villanova should have put Virginia Tech to bed when it built an 11-point second half lead, but when you have Collin Gillespie doing almost all of his scoring in the first half, it’s pretty hard to keep your nose in front against a hard-charging underdog with nothing to lose.

This game should be more like the real Villanova, which means good defense and a slow tempo. The Wildcats win mainly because they don’t beat themselves and they make sure that their shots count. Sprinkle in enough defense, and they’re usually golden. Problem was, Villanova only managed two-thirds of the three-legged stool against the Hokies, as the Wildcats allowed Virginia Tech to shoot 50 percent from behind the arc. Against Texas, that kind of defense is a death sentence. Matt Coleman and Courtney Ramey are excellent shots from behind the arc, and if Villanova isn’t slowing them down, the Wildcats are in serious trouble.

Can Texas keep this going? Under Shaka Smart, Texas basketball has been running into the same problem as Texas football: the Longhorns get off to a good start, people think this is the year that they’re back, and then reality ensues. This is year six for Smart in Austin, and the Longhorns haven’t won 20 games in the regular season since his first season (no, the year where Texas won the NIT and ended up with 21 wins because it went 5-0 in the secondary event doesn’t count).

So far, it appears that Texas does have the defense it needs to make this work. Smart seems determined to win or lose with his new non-HAVOC style in Austin, and Texas has become one of the slowest teams in the nation under his leadership. Against Indiana, the Longhorns held the Hoosiers to a mere 23.9 percent from the floor and crushed Indiana on the glass. Against North Carolina, the Tar Heels managed to shoot just 11 percent from the arc, a critical factor in the Longhorns’ victory.

Matt Coleman has made himself into a quality guard who can both score and set up teammates, but Texas really doesn’t want to get into a scoring contest. The Longhorns live and die with their defense, and so far, they’re off to a great start.

Rebounding. Villanova’s work on the glass is a major wild card, because the Wildcats’ efforts have been wildly inconsistent. Texas’ work on the boards has been as well, but that’s more easily explained by the Longhorns’ schedule to this point. Texas won the rebounding battle in its first three games, but couldn’t outrebound North Carolina because nobody outrebounds North Carolina.

Villanova, on the other hand, lost the rebounding to Virginia Tech, a decided non-rebounding team. In the win, Hokies coach Mike Young even said that he couldn’t remember the last time his team had won the rebounding battle against an ACC opponent, so the fact that Virginia Tech beat Villanova on the boards is a major concern going into this game. If Villanova can’t keep the margin to something similar to Texas’ game against Davidson (the Longhorns had a 31-25 edge on the glass in that game), it’s going to be very difficult for the Wildcats to get a result.

The Wildcats can play quality defense. Villanova might not beat itself, but it’s allowing far too many points against everyone except Hartford. Giving up 81 points to Virginia Tech should not happen at Villanova’s pace. The Wildcats need to get a full effort at both ends of the floor in this game, or they’re going to find themselves on the wrong end of another Power 6 battle.

The Longhorns can find openings in the Villanova defense and hit their shots. One of the other factors in Texas’ win against Carolina was that the Longhorns shot 40 percent from behind the arc. That’s one of the ways that you beat a great rebounding team, and Villanova has proven susceptible to the deep shooting so far. If Texas is hitting, this will be the Longhorns’ game to lose.

On paper, Villanova looks like a championship team, but the reality hasn’t matched the hype to this point. The Wildcats just don’t look like the team that we’ve come to expect to dominate the Big East at the moment. Villanova is too talented not to get itself up to that level, but I think it’s going to take them some time, and I think Texas is riding high at the moment. Give me the Longhorns here.