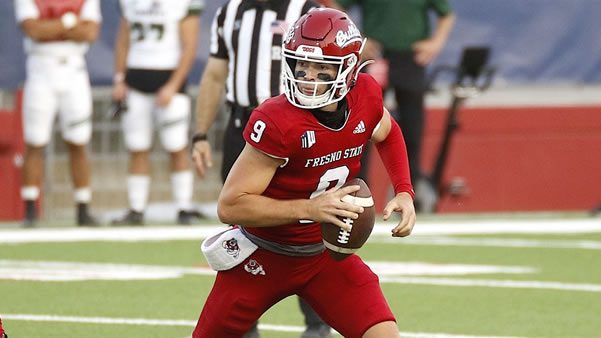 The two most experienced teams in the country at this point square off, as both teams played in Week 0 and have five games under their belt to this point in the year. Fresno State has gradually proved that it’s a legitimate threat to win the Mountain West, as its only loss is to unranked Oregon, and the Bulldogs have a win over a good UCLA team to their name. However, they did suffer a bit of slippage in their win over UNLV, as they allowed a weak opponent to hang around far too long in a game they should have dominated.

Hawaii, meanwhile, has been feast or famine as far as its offense goes. The Rainbow Warriors had no problem attacking lesser defenses, such as New Mexico State or Portland State, but against UCLA and San Jose State, the Rainbow Warriors have put up a lot of yards without putting up a lot of points. Hawaii can actually run the ball for a change, which is good, but they haven’t been able to run when it matters most. The Rainbow Warriors rank 78th in points per game, and if that doesn’t turn around in a hurry, it’s hard to see Hawaii keeping pace.

How the Public is Betting the Fresno State/Hawaii Game

The public has decided pretty emphatically that Fresno State is the way to go, as 76 percent of the tickets have come in on the Bulldogs to cover the number. As I was writing this piece, the line moved from -10 to -11 for the Bulldogs, so you might want to grab Fresno quickly if you’re leaning that way before it moves again. The total has increased as well, jumping from 63 to 65.5.

Jake Haener is legitimate, and he’s likely to give Hawaii fans memories of what Colt Brennan and Timmy Chang used to do for their offenses. Haener has tossed the ball all over the field in five games this season, throwing 15 touchdowns against just two interceptions. In this game, Hawaii’s weak secondary could mean a field day for Jalen Cropper, who has eight scores on the season and has established himself as Haener’s go-to man on an offense with several weapons.

Josh Kelly is a solid No. 2 receiver and might be the most explosive, as he’s averaging 17.4 yards per catch and has just 54 yards fewer than Cropper despite catching 16 fewer passes. Throw in a strong ground game in the person of Ronnie Rivers, and it’s clear that the only way to stop this offense consistently is to keep them off the field and keep the ball in the hands of your own offense. So far, only Oregon has been able to come close to following that advice.

The biggest problem for Hawaii is that the Rainbow Warriors find themselves not finishing drives. Hawaii can pick up a lot of yards in a hurry, but those yards haven’t been worth much because the offense keeps stalling out somewhere between midfield and the red zone, leaving them too far to go for the field goal yet too close to be flipping the field when they do punt. Hawaii ranks 10th in the nation in yardage, but just 78th in points, a disconnect that points to a team that cannot finish drives.

Better decisions from Chevan Cordeiro would help, as he’s thrown seven touchdowns against six interceptions on the season and often struggles with whether to launch it or take off and go. The Rainbow Warriors have run a fair amount this year, but that’s in part to Cordeiro calling his own number on 35 percent of Hawaii’s running plays. When the Rainbow Warriors are at their best, they’re either going deep to Nick Mardner or going for a short completion to Calvin Turner. But too often, Hawaii tries to do too much and makes a mistake, and against Fresno State, any mistake can be devastating.

Surf’s up for the Bulldogs, who have made Honolulu into their home away from home. These teams play every year thanks to divisional play, and Fresno State has won six consecutive games on Hawaii’s home turf. Most of those games have been shootouts, at least on the Bulldogs’ side, as they’ve averaged 37 points per game on their past six visits to Hawaii.
Hawaii did win the game last year, and when the Rainbow Warriors have bested the Bulldogs, it’s been because of their defense. Of Hawaii’s past eight wins over the Bulldogs, seven of them have come in a game where Hawaii held Fresno State to 30 points or less. Considering that Hawaii’s already allowed two foes to top 40 points, that might be a bit of a stretch here.

Hawaii’s defense just doesn’t seem ready to do the job against this Fresno State offense, which can score from anywhere and bleed the clock if it wants. Hawaii has shown a tendency to get in its own way too often, and that cannot happen against a team this talented.

Eleven points isn’t an easy cover, but I’ll take the Bulldogs here. Bet your Week 5 college football picks for FREE by taking advantage of a 100% REAL CASH bonus on your first deposit of $100 to $1000 at Betnow!