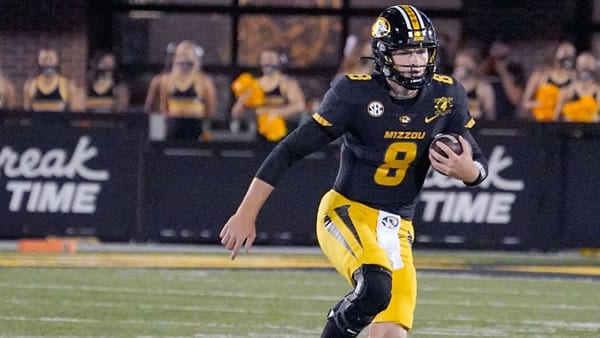 Last week, I warned bettors that the 5th ranked Georgia Bulldogs were in trouble. Despite being the consensus favorite in the SEC East, the Bulldogs have struggled on the offensive side of the football, which was a warning sign going into their rivalry battle with an emerging Florida Gators team that is highly efficient on the offensive side of the football. To Georgia’s credit, the Bulldogs produced several big plays, including a 75-yard touchdown from running back Zamir White on the 1st play from scrimmage. However, Georgia could not muster enough of those big moments as they fell 44-28 to the Gators and now appear to have lost control of the SEC East for the first time in 4 years.

Technically, the Bulldogs can still win the East Division, but they would need a lot of help in the form of unlikely Florida losses. Still, Head Coach Kirby Smart and realistic Georgia fans knew this would be a challenging year with so many critical losses at the skill positions. Now the Bulldogs must focus on righting the ship, especially at the quarterback position where things are still a mess. In order for Georgia to return to national prominence and get back into legitimate championship discussions, the offense has to play better, and that will be the focus moving forward, starting on Saturday with a road trip to Columbia for a match-up against the 2-3 SU Missouri Tigers at Faurot Field.

In last week’s loss to Florida, starting Bulldogs quarterback Stetson Bennett was knocked out of the game with a shoulder sprain. QB D’Wan Mathis, who originally got the start in the season opener, filled-in for Bennett without much success. Mathis hit just 4 of 13 passing for 34 yards with one touchdown and two picks. Perhaps more discouraging than the passing performance is the fact the dual-threat quarterback compiled only 11 rushing yards on seven carries. While it may sound like Mathis’ performance was terrible in the backup role, it is still debatable as to which quarterback performed best. Before Bennett was knocked out, he was just 5 of 16 passing for 78 yards with one touchdown and one pick.

The horrendous play at the quarterback position is the main reason that I was heavily invested in Florida last week. Officially, Bennett is listed as questionable for this week’s contest against Missouri. In reality, Head Coach Kirby Smart has stated that the quarterback battle is open again, and the Bulldogs will likely go with the option that has the best week in practice. Either way, Georgia has to improve on the offensive side of the ball to get things going. The Bulldogs have a strong running game and can lean on running back Zamir White. However, offenses have to be multi-dimensional in today’s landscape, and that will remain the concern until the quarterback play improves.

Despite Georgia’s struggles on offense, the Bulldogs still maintain one of the conference’s best defenses. Personally, I think the Bulldogs defense will need to be stout this weekend. On paper, Missouri does not have the most flashy offense but rest assured they can move the football. Running back Larry Rountree is a work-horse that has already compiled 100 plus carries in the first five games, and freshman quarterback Connor Blazelak has shown a lot of potential. If Missouri can just create scoring opportunities, which should be expected based on their performance this season, they can put the pressure on Georgia’s offense. Missouri’s defense has played better each week since the start of the season, and this is a potentially solid match-up for the Tigers’ defense. We need the Tigers defense to limit the big plays, and if that happens, there is a ton of value in the points being given in this situation.

Jay’s Pick to Cover the Point Spread: The trends say we should consider the under here. I’m still siding with the value. Take Missouri +12. If you’re a college kid betting on games, EVERY DOLLAR MATTERS! So why are you laying -110 odds on your bets? Dump your overpriced book TODAY and start betting smarter at -105 at BetAnySports! You’ll be so glad you spent the 5 minutes to switch!