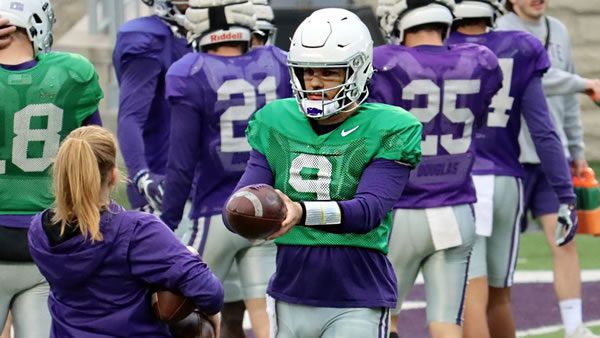 The Wildcats come into the game with an overall record of 4-1. This strong play includes going
2-0 in Big 12 action. This season, the Wildcats have been favored in 4 games while posting an ATS
mark of 4-1-0. Their average over-under betting line is 52.4 leading to an over-under record of
2-3-0.

In their last game, the Wildcats are coming off a 37-28 win over Texas Tech. In addition, they
added an ATS win as they were 7.5 favorites on the spread. The team finished the game throwing
for 1 touchdown pass. Overall, the Wildcats had 116 passing yards on a completion percentage of
63.2%. The team ended the game with 3 rushing touchdowns, along with a total of 343 yards on the
ground.

The Cyclones come into the game with an overall record of 3-2. This includes going 0-2 in Big
12 action. This season, the Cyclones have been favored in 3 games while posting an ATS mark of
2-2-0. Their average over-under betting line is 37.9 leading to an over-under record of
2-2-0.

Iowa State is coming off a 3-point loss to Kansas by a score of 14-11. The Cyclones entered
the game as 3.5-point home underdogs, making this an ATS loss. The team finished the game
throwing for 1 touchdown pass. Overall, the Cyclones had 287 passing yards on a completion
percentage of 62.5%. In the rushing game, the Cyclones did not find the endzone while finishing
with a total of 16 yards on the ground.

Heading into the matchup, Hunter Dekkers has an overall passer rating of 95.03 on a total of
1316 yards. Thus far, he has thrown for 11 touchdowns and 6 interceptions. Through the air, the
team will be looking for a big game from leading receiver Xavier Hutchinson. On the season, he
has caught 49 for 504 yards. In the run game, Jirehl Brock has accumulated 361 on 65 attempts to
lead the team.

Across their 5 previous road games, Kansas State has an ATS mark of 3-2-0. Their straight-up
record in these matchups was 3-2-0 while averaging 27.6 points per game.

In their last 5 games at home, the Cyclones have a straight-up record of 3-2-0 while going
2-3-0 vs the spread. The team’s offense averaged 34.0 points per game in these contests.

More Picks: Get our Hawkeyes vs. Illini point spread winner for their Week 6 game.

Heading into this week’s matchup, the Wildcats will look to improve their offensive output, as
they are ranked just 60th in the NCAA in points scored. However, this week they have a tough
matchup against an Iowa State defense, giving up just 14.4 points per game and allowing teams to
convert 3rd downs at a rate of just 28%. This presents a problem for the Wildcats’ offense, as
they are one of the worst performing team’s on 3rd down this season.

Although the Wildcats have turned to the passing attack at a below-average rate this season,
they have an opportunity to find success through the air vs an Iowa State defense allowing teams
to complete passes at a rate of 58.98%.

So far, Kansas State has relied heavily on the ground game, as they rank 14th in attempts per
game, with an average of 43.6. This heavy usage has led to an average of 267.2 rush yards per
game, placing them 4th in the NCAA. Something will have to give in this matchup, as Iowa State is
one of the top rush defenses in college football.

Heading into this week’s matchup, the Cyclones will look to improve their offensive output, as
they are ranked just 91st in the NCAA in points scored. This week, they have a matchup against a
Kansas State defense, giving up 18.2 points per game. However, their unit has done a good job
getting off the field on 3rd downs, allowing opponents to convert at a rate of just 27.0%. This
presents a problem for the Cyclones’ offense, as they are one of the worst performing teams on
3rd down this season.

So far, the Iowa State offense is averaging just 110.0 yards per game on the ground. This
production has come on an average of 33.4 rush attempts per game (94th). But, they could be in
line for a good game as Kansas State is a below-average defensive unit. This year, the team is
averaging 169.5 yards per game when facing defenses ranked outside the top 50.

Iowa State +2. Bet your Week 6 college football predictions for FREE by scoring a 100% real cash bonus on your first deposit up to $300 when you use bonus code PREDICT100 at MyBookie Sportsbook!