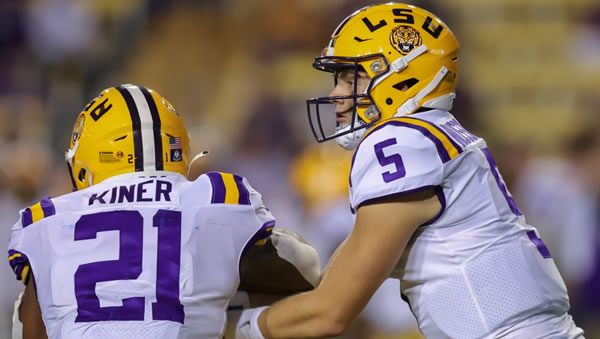 The 12th ranked Ole Miss Rebels will host the LSU Tigers at Vaught-Hemingway Stadium this Saturday for an SEC West showdown. The Rebels are currently 5-1 SU (4-2 ATS), with their only loss coming to Alabama. Since that defeat, Ole Miss has responded with two straight victories over no. 13 Arkansas and an emerging Tennessee team. The Rebels have compiled one of the most potent offenses in the country behind QB Matt Corral who is building a case for a Heisman Trophy. While Ole Miss appears to be the fast-striking and most dangerous opponent, LSU will enter Saturday’s showdown on the heels of an impressive victory against no. 20 Florida while receiving double-digit points against the number.

Obviously, it has not been the season that LSU fans would have expected following a 5-5 SU campaign in 2020. In fact, LSU was expected to take a big step forward this year following the “rebuild” in 2020. Instead, LSU has struggled in big ways with losses to UCLA, Auburn, and Kentucky. The loss to Kentucky may have been the most damaging from a reputational standpoint as the Wildcats laid a 42-21 thumping over the perennial SEC heavyweights. However, last week, the Tigers did find some offense behind running back Tyrion Davis-Price, who carved up the Gators’ defense for 287 rushing yards with three touchdowns. The running attack will likely be the Tigers’ best weapon again this week against an Ole Miss team that ranks 109th against the run allowing 196 yards per game.

Following LSU’s upset victory over no. 20 Florida last weekend, several reliable outlets reported the Head Coach Ed Orgeron will not return to Baton Rouge in 2022. Orgeron took over the head coaching position midway through the 2016 season following Les Miles’ early departure. More importantly, Orgeron is less than two years removed from LSU’s National Championship season in 2019, with arguably one of the greatest teams in college football history. However, since the National Championship, the Tigers are just 9-8 SU and have not shown the early signs that they are rebuilding to make another championship-caliber run. Normally, teams do not announce coaches will not return midseason. Obviously, these conversations have likely been happening before Saturday’s victory over the Gators, but it will be interesting to see how the Tigers perform for the remainder of the season, knowing their head coach will not be returning in 2022.

The difficulty towards handicapping this game is that both offenses have a huge advantage over the opposing defense. The Rebels spread passing offense with Corral is going to thrive against an underperforming LSU defense. Meanwhile, I believe the Tigers will run the football with success as well. There is a reason that the total for this game is a whopping 76 points, and honestly, that total may not be high enough. With that being said, I do believe the double-digit points that are being offered to LSU is extremely generous. The Tigers have competed in every game this season, with the exception of the buzzsaw at Kentucky. If LSU can control the ground game with Davis-Price, they may be able to hang around for a shot at the outright upset or at least control the pace of the game. Ideally, LSU does not want to get into a shootout as the Rebels have the most firepower. However, I do believe LSU will find success on the ground. As a result, I think the value is with the Tigers and the points.

Jay’s Pick: I would not be surprised to see this game turn into an absolute shootout which has been the case with most of the Rebels’ games this season. With that said, I still feel like the most value, and probable scenario involves taking LSU +10.5! Bet your Week 8 cfb picks for FREE by scoring a massive 100% REAL CASH bonus on your first deposit of $100 to $500 at GTBets!