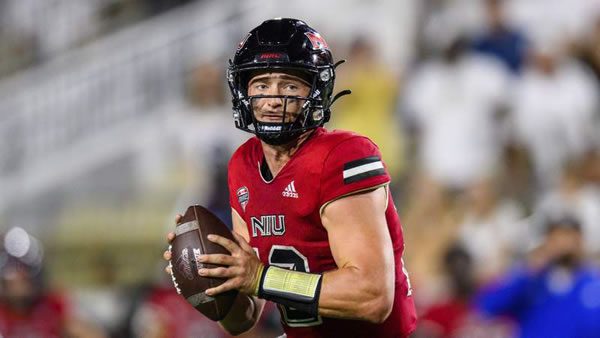 The MAC West race might be pretty close to over at this point, as Northern Illinois has a two-game lead on everyone else in the division and already holds tiebreakers over three of the five other teams in the division. On the other hand, the East is a two-team race, with Kent State and Miami both sitting at 3-1 and everyone else in the league already carrying three defeats.

The Flashes and the RedHawks will end the season against each other, but Kent State has to get to that game first, and the RedHawks don’t play Northern Illinois and are already past all three of their Western opponents. That makes this game absolutely critical for Kent State, as a loss here would leave the Flashes needing to run the table against Central Michigan and Akron in order for that final game with Miami to matter. Northern Illinois could all but lock up a spot in Detroit with a win here, but with two of their final three games coming at home, the pressure isn’t anywhere near as intense on the Huskies as it is for the Flashes.

How the Public is Betting the Northern Illinois/Kent State Game

The big question for Northern Illinois will be how balanced the Huskies want to be in this game. Kent State doesn’t defend anything well, so there’s little reason to think that NIU won’t have success on offense after scoring 39 points the week before. The question is whether the Huskies will opt for the passing attack they showed off at Central Michigan or whether they go ground-heavy like they did against Bowling Green.

Rocky Lombardi made all the necessary throws in the win over Central Michigan, and it hasn’t really seemed to matter who NIU puts in at running back because it ends up working out well. Jay Ducker has come in off the bench and run the ball successfully, a major reason why Northern Illinois averages more than 200 yards per game on the ground. The passing attack has to be more consistent, but if Lombardi can keep the offense from stalling out and spread the ball around the way he did against CMU, the Huskies should have no problem moving the ball.

The big thing with Kent State’s offense is that when you slow down Dustin Crum and Dante Cephas, you keep the Flashes well contained. Kent State is all about scoring points in a hurry, as it figures it’s probably going to give up a ton of points during the contest and is likely to need every point in can get. The Flashes didn’t get the offense to anywhere close to where it needed to be against Western Michigan, as Crum only managed to find Cephas five times for 96 yards.
In that situation, the rest was academic. Kent State didn’t have the running game needed to make up for the lack of offense from its No. 1 receiver, and the Flashes eventually found themselves nowhere close to where they needed to be against the Broncos. The FlashFAST offense can be slowed down, but doing so requires a strong defensive effort for a full quarters, which Northern Illinois hasn’t yet shown it can do.

This trip doesn’t happen often for the Huskies, who only come to Dix Stadium once every four years, but when it does happen, it tends to be a big boost for them. Northern Illinois has covered in four of its past five trips to Kent State and seven of ten overall. When that happens, the defense usually rules the day, as the under has gone 7-3 in the teams’ past ten matchups.

That’s in large part because for all its offensive prowess; Kent State historically doesn’t score much against Northern Illinois. Over their past ten matchups — all of which were won by the Huskies — Kent State failed to top 24 points on all but one occasion. It sounds like a simple situation, right? Well, keep one thing in mind: these teams haven’t met since 2017. COVID canceled last year’s scheduled meeting, which means the Huskies have actually never gone up against the FlashFAST offense.

A few showers could make for a slick field as temperatures start to drop. Temperatures will plunge into the mid-30s during this game, with the wind blowing at four miles per hour.

Northern Illinois keeps finding ways to get the job done and can take a lot of pressure off of itself with a win here. Seven wins and a 5-0 mark in the MAC West would mean it’s almost certain that NIU both qualifies for a bowl and for the MAC championship in Detroit in December.

Kent State needs this to keep pace with Miami-Ohio, but the Flashes historically do not play well in this matchup, and NIU was able to slow an offense that’s just as explosive last time out in Central Michigan. The Huskies should have enough to hang around in a high-scoring shootout. Give me NIU to cover. Note: This is a GREAT game to partake in live betting. Most books only offer live lines during commercial breaks and halftimes. Did you know that Bovada Sportsbook offers a line during the whole game? They can get your credit card to work for deposits, you receive rebates on ALL your bets; win, lose or draw AND they payout FAST! A must have in every sports bettor’s arsenal! Check’em out!