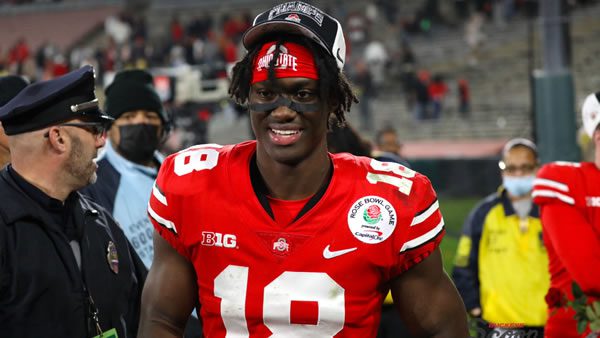 The Buckeyes are going for another win, as in their last game, they defeated Penn State,
despite entering as the betting underdog. In the win, Ohio State completed 76.5 of their 34
passes, 1 of which resulted in a touchdown. The team ended the game with 3 rushing touchdowns,
along with a total of 98 yards on the ground.

So far, quarterback C.J. Stroud has a passer rating of 138.02 while completing 159 of his 223
attempts. Currently, he has a total of 2377 passing yards. Receiver Emeka Egbuka heads into the
game, as the team’s leader in receiving yards, with a total of 788. The top option in the run
game for the team is TreVeyon Henderson, who has carried the ball 96 times for a total of 552
yards.

Northwestern is coming off a 20-point loss to Iowa by a score of 33-13. The Wildcats entered
the game as 11.5-point home underdogs, making this an ATS loss. In the game, Northwestern
finished with 2 touchdowns through the air while throwing for 159 yards. In the rushing game, the
Wildcats did not find the endzone, while finishing with a total of 18 yards on the ground.

So far, quarterback Ryan Hilinski has a passer rating of 75.1 while completing 141 of his 244
attempts. But, leading up to the game, he is listed as questionable on the injury report
(Concussion). Receiver Malik Washington heads into the game as the team’s leader in receiving
yards, with a total of 470. The top option in the run game for the team is Evan Hull, who has
carried the ball 136 times for a total of 579 yards.

In their last 10 games, Ohio State has covered the spread at a rate of 90.0%, while putting
together a straight-up record of 9-1. Their last 10 over-under record comes in at 8-2-0. Ohio
State has a positive scoring differential in these games, averaging 46.6 points per game and
allowing 22.2.

Across their last 5 road contests, Ohio State, has been good against the spread posting a mark
of 2-3-0. Their overall mark in these games was 4-1-0 while averaging 40.0 points per game.

Although Northwestern has a straight up record of 0-5-0 in their last 5 home games, they have
not held up as well vs the spread going 0-5-0. The team averaged 16.4 points per game in these
games.

So far, the Buckeyes are averaging 48.88 points per game on offense, which is good for 2nd
most in college football.

This week, Ohio State may look to throw the ball more than they have, as they are below the
NCAA average in pass attempts per game but rank well in yards per completion. In addition, they
should have plenty of time to work the ball down the field, with Northwestern ranking just 64th
in sacks per contest.

This season, the run game has not been a big part of the Ohio State offense, as they are
averaging just 35.5 attempts per game. However, even with their limited opportunites, they have
an average of 191.5 yards per contest, good for 33rd in the NCAA. This week, the Buckeyes will be
facing a Northwestern defense ranked 159th in rush yards allowed per game. This year, they have
averaged 202.33 yards per game when facing defenses ranked outside the top 50.

Heading into this week’s matchup, the Wildcats will look to improve their offensive output, as
they are ranked just 120th in the NCAA in points scored.

In this week’s matchup, Northwestern has a matchup against a Ohio State defense is giving up
16.88 points per game. In addition, their unit has done a good job getting of the field on 3rd
downs, allowing opponents to convert at a rate of just 26.0%. This presents a problem for the
Wildcats’ offense, as they are one of worst performing team’s on 3rd down this season.

So far, the Northwestern offense is averaging just 113.38 yards per game on the ground. This
production has come on an average of 36.75 rush attempts per game (62nd). This week, the Wildcats
will be facing a Ohio State defense that is 9th in rush yards allowed per game. So far, they have
averaged 110.33 yards per game when facing top 25 rush defenses.

Northwester +38. Rough week? Why re-deposit at your sportsbook and get a tiny re-load bonus or NOTHING? Double your bankroll with a 100% sportsbook bonus at one of our top tier bookies!