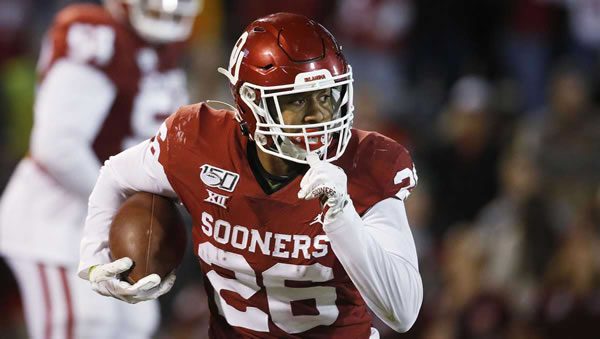 The Oklahoma Sooners open the season on the road, going into Yulman Stadium for a week one matchup with the Tulane Green Wave. The Sooners look to kick off a season they hope ends with big things. The last time they started the season away from home was in 2016, when they lost to Houston. Last season saw the Sooners finish at 9-2, a solid season, but one they hope sets the table for bigger things in 2021. It all starts on Saturday against Tulane. Who can get the job done at Yulman Stadium?

Not the Same Old Tulane

Understandably, people associate Tulane as being the kind of substandard program that sets up well for an Oklahoma track meet and a total blowout. Since 2003, they had only managed to get over .500 just once—until they brought head coach Willie Fritz onboard. It took a few years for Fritz’ handiwork to start to pay off, and the Green Wave has now been to three straight bowl games, winning two. It hasn’t been an easy road, as Tulane was basically a non-factor for decades, almost disappearing from the minds of college football fans. But maybe those who have taken their eyes off this program would be served to revisit it.

Tulane can be dangerous, with their multi-pronged running attack. Stephon Huderson, Amare Jones, Cameron Carrol, and Tyjae Spears combined for 2200 yards and 21 scores last season. They can bring it in a number of different ways. With Huderson and Jones gone, Spears and Carrol will take over, also getting an assist from a nimble QB who made large strides as a true freshman last season in Michael Pratt. He ran in the ball eight times while throwing 20 touchdowns through the air. Four of their five starters on the offensive line return, and the offense looks to be primed for a surge this season. The wide receiver crew in intact, and they enter 2021 with some nice continuity.

It’s pretty clear that the bulk of Tulane’s promise lies with their offense, while the other side of the ball has failed to keep pace. That might not be the end of the world when playing other comparable teams within their own conference, but against a national power like Oklahoma, it’s a problem. Last season saw opposing offenses registering a lot of big plays, with Tulane allowing 38 plays of 30 yards or more, ranking near the bottom of the FBS. They lost a reliable difference-maker in DE Cameron Sample and other contributors.

The thing is that if Tulane’s defense takes another step back, it puts the element of an Oklahoma blowout squarely on the table. It’s a part of the team that held them back last season, and they lost their best people. Coordinator Chris Hampton and Fritz could find some answers, but this might not be a game where it really shows. After allowing 49 to Houston and 51 to UCF last season, one wonders what we’ll see in this game.

This is the second season of the Lincoln Riley/QB Spencer Rattler tandem, and barring something bad happening, Rattler could be on some Heisman shortlists come season’s end. Their pass-attack and a huge overall edge in offensive talent could find Tulane grasping for answers sooner than later. Eric Gray and Kennedy Brooks look to head a massive two-headed monster at running back. Marvin Mims, Theo Wease, and transfer Mike Woods will see a lot of targets in the passing game. We could see the culmination of some of coach Riley’s offensive mastery this season. And against Tulane, they should really be able to hit the ground running.

This is why a potential Tulane backer should be rightfully concerned. The Green Wave defense is in a state of flux, and going against one of the nation’s premier offenses suggests major matchup issues. It’s great to have a big number in your favor, but the Oklahoma offense could really eat into that quickly. Tulane is going to have to put up some points and maybe hope for a handful of game-one miscues.

While their defense looks to be up against it against the crop of blue-chippers the Sooners have on offense, there is hope. The Sooners do have a lot of talent and horsepower on offense, but the defense has lagged behind during Riley’s tenure as coach. But while there are issues, namely a secondary that has some moving pieces they need to get squared away, there is ample hope for Oklahoma. The front seven looks to be fierce, led by top linebacker Nik Bonitto, along with impactful defensive linemen like Perrion Winfrey and Isaiah Thomas (questionable).

Still, this is an area where Tulane could do some damage. And if they put up something like four TDs, it’s going to be a hard number to cover on the road for Oklahoma. You add in some other Oklahoma issues, like untimely turnovers, low late-game energy, and an overall lack of late urgency with the game sewed up against what seems to be an unthreatening opponent, the case for Tulane starts to make more sense.

On one hand, it’s not that hard to imagine a national power coming into Yulman Stadium and having their way with the Green Wave en route to a big cover. That possibility is on the table—make no mistake. I just see Tulane having some success—or at least enough to keep this one from getting too out of hand. There could be some early-season miscues and just enough unevenness on both sides of the ball for the Sooners to allow the Green Wave to slip in there with the cover. I’ll take Tulane.

Loot’s Pick to Cover the Point Spread: I’m betting on the Tulane Green Wave plus 26.5 points. Bet your Week 1 college football picks for FREE by scoring a 100% bonus on your first deposit up to $500 at GTBets!