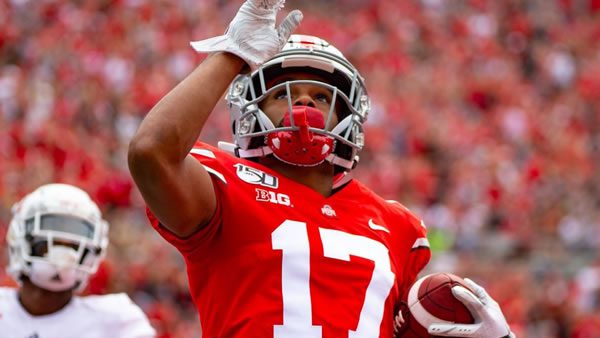 With the nine-overtime nightmare fresh in everyone’s mind, it’s fair to wonder as to whether the public is punishing Penn State too harshly for falling to Illinois in that game. Yes, the Nittany Lions played poorly, and Sean Clifford looked nothing like himself, but Clifford was hurt, and Penn State still fought Illinois to a draw for four quarters. The Nittany Lions are out of the race for the College Football Playoff, but if they can bounce back over their final five games, they could still win the Big Ten East.
Ohio State looks like a juggernaut again, but it’s fair to wonder if the Buckeyes are a top team or if they’ve been feeding off an incredibly weak schedule. Ohio State’s most impressive win of the season is still over Minnesota, and the Buckeyes’ past three victories have come against three teams that are a combined 1-11 in the Big Ten this season. Ohio State should be the stronger team and come out with the victory, but Penn State is getting healthy and has been incredibly disrespected leading up to this contest.

How the Public is Betting the Penn State/Ohio State Game

The sharps are decidedly unimpressed with the Nittany Lions after the Illinois debacle, as they’ve pushed the line from -17 to -18.5. But the line might have been pushed a bit too far, as 57 percent of all tickets have come in on Penn State. The total has also ticked up, going from 59.5 to 61.

The one thing that you can say for the Nittany Lions is that they don’t shoot themselves in the foot with turnovers. Otherwise, there’s really not a lot to like here. This season, Penn State hasn’t been a great offensive club at all, other than the Ball State game. Since that game, Penn State hasn’t scored more than 28 points in a contest against an FBS opponent, and although part of that can be blamed on Sean Clifford’s injury, that doesn’t tell the whole story.
Jahan Dotson has had a solid season at wide receiver, but the running game hasn’t been all that strong. Without a great ground game, opponents have been able to focus on limiting Dotson and Clifford’s effectiveness. That’s kept Penn State from doing much of anything with the ball, which has gradually worn the defense down. The Nittany Lions are still doing the job on defense for the most part, but where they gave up 10 points a game before, they’re now giving up 20, which has turned some of these close wins into defeats.

The big question here is whether C.J. Stroud is ready for what he’s going up against in Penn State’s defense. Stroud has picked apart the past three defenses that he’s faced, but nobody would accuse Rutgers, Maryland, or this version of Indiana of having any defense close to the level of the Nittany Lions. As a freshman, Stroud has yet to face a really good defense through his time in the Big Ten, so it’s difficult to really tell whether his success is legitimate or whether it’s simply fool’s gold.

The same is true with TreVeyon Henderson, another freshman who’s had a fine year at running back. Both are immensely talented parts of the Buckeye offense, but both are also completely inexperienced and haven’t really found themselves facing adversity against a really good defense. Oregon is probably the best defense that the Buckeyes have faced all year, and the Ducks really don’t have a great defense. If the Buckeyes can handle the challenge, they’ll win easily, but this might be closer than people think.

When things start to go wrong for Penn State, they can snowball pretty quickly. The Nittany Lions have covered just four of their past 26 games when they were coming off a loss. However, this is an opponent that seems to bring out the best in the Nittany Lions. Penn State has covered in four of their past five matchups against the Buckeyes, and a big reason is that these games are played the way that the Nittany Lions like them.
Over the course of their past ten meetings in Columbus, the under has cashed on seven occasions. Ohio State is more of a quick-start offense as opposed to Penn State’s plodding, patient offense, and the Buckeyes would much prefer a high-scoring shootout. If it doesn’t happen, it’s far more likely that this game plays the way Penn State wants it.

If the rain holds up over the course of the day, it could be an ugly game. However, weather reports suggest that showers will only accumulate less than a tenth of an inch of rain, so it likely won’t matter. Temperatures will fall into the mid-40s with winds of eight miles per hour blowing northwest.

Penn State should be better than what it has shown the past two weeks, and I don’t really trust Ohio State simply for brushing aside three weak opponents in the Big Ten East. This is the toughest test the Buckeyes have seen this season, and I’m not sure they’re ready for it. Give me Penn State and the points.