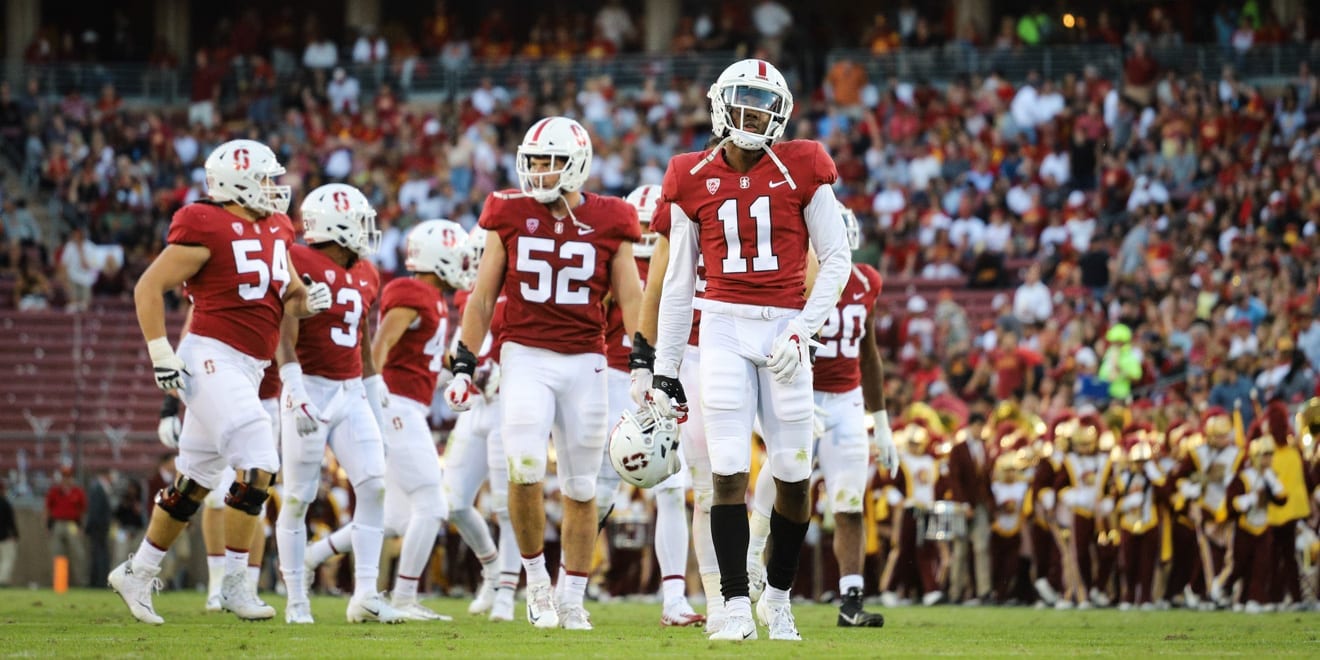 This Thursday night on ESPN, we have a Pac-12 game between two teams that are very familiar with each other. Since 1978 the Stanford Cardinal and Arizona State Sun Devils have faced off 31 times with Arizona State taking 17 of those games against the Devils. Just last season though, Stanford won at home over the Arizona State by a 34-24 score. Coming into this weeks game, Stanford has a record of 4-2 overall and 2-1 in the conference which puts them in second place in the Pac-12 North Division while Arizona State at 3-3 overall and 1-2 in conference play has them at 5th in the Pac-12’s South Division.

As of Monday evening, most sportsbooks such as Gtbets and Bookmaker, had Stanford Cardinal as 2.5 point favorites on the road over Arizona State. The total points were set at 56 combined between the two teams. A vast majority of the early public action liked Stanford to cover the 2.5 points against the Devils. 66% of the betting action was on Stanford and for the total points, 56% likes the game to go over the points. Against the spread on the season, both teams have done pretty well with Arizona State at 4-2 and Stanford at 3-3 ATS so far.

CAN THE SUN DEVILS REGROUP?

When Herm Edwards was hired as Arizona State’s new head coach in the off season, I was puzzled. It was just a bizarre hiring in my opinion. Don’t get me wrong, I like Herm, a lot, but I just did not see him ever being a college coach…not at this level. However, when the season started, Arizona State raced out to two quick wins and one of those was over Michigan State who was then ranked number fifteen in the nation. Since that 2-0 start though, the Sun Devils have dropped three of their last four games and are looking to get back in the win column this week. In order to do so, it will take a total team effort both offensively and defensively come Thursday night.

WHAT’S UP WITH THE CARDINAL?

Stanford over the last decade has been a Pac-12 title contender just about every year. More times than not, the success of Stanford is based on their hard nosed defense and their run game on offense. This season has not been good to Stanford so far, especially on offense. The Cardinal is only averaging right at 85 rushing yards per game which ranks them as one of the worst in the FBS. As for the defense, Stanford has not looked bad, they are just about in the middle of the pack nationally in every defensive category. This Thursday, if they have any desire to get this road win and cover, Bryce Love on the Stanford offense MUST get rushing attack established…and established early on.

Both of these teams are going to come into Thursday with the same goal in mind…running the ball. The Sun Devils are led by sophomore, Eno Benjamin, who already has over 700 yards rushing on the season and of course, Stanford is led by Bryce Love who at one time was considered a legit Heisman Trophy candidate. The outcome of this one will come down to which defense can to the other team’s stud running back. Arizona State and Stanford both are allowing opponents to rush for over 160 yards per game. If either team can step up and answer the call on defense, it could boost their team to a much needed win.

Arizona State will come out fired up and the home crowd should be energized, however, once things settle down and once the game starts to work itself out, I like Stanford. I can see Bryce Love getting back to his normal form after missing some time due to an ankle injury. The success of Bryce Love will allow the Cardinal offense to open up and make things easier for quarterback, KJ Costello, who has not had a very impressive campaign so far this season. If Stanford can get both phases of their offense clicking for a change, it could end up being a pretty easy win. I think both teams score some points in this game but when it is crunch time, I trust the Stanford defense to make a few more stops than the Sun Devils. Stanford will go into Tempe and win this game 33-24 on their way to their fifth win of 2018. This will help Stanford stay in the hunt for the Pac-12 North title while the loss will not only crush Arizona State’s chances of a South Division title, but it will also be a bad way to head into a tough stretch of games down the road.