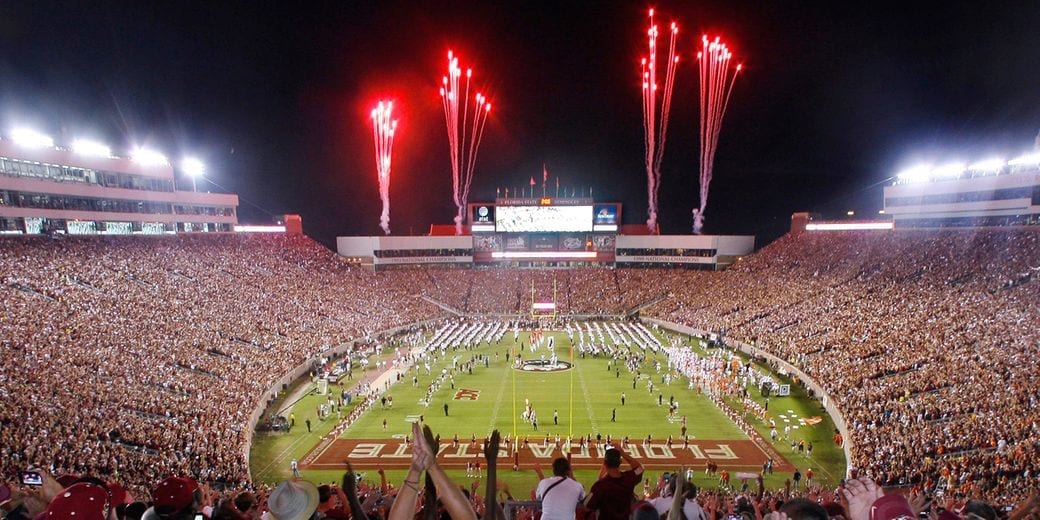 Monday Night Football returns on the college gridiron this week as the no. 20 Virginia Tech Hokies travel into Tallahassee for a showdown with the no. 19 Florida State Seminoles. For the Seminoles, this will be the first step to discovering the new normal in the post Jimbo Fisher era. As most are aware, Fisher bolted to Texas A&M at the end of 2017 for a lucrative salary contract. Despite once serving as a consistent National Championship contender under Fisher, the Seminoles are looking to regroup under new Head Coach Willie Taggart who has built a reputation as an offensive mastermind from his previous stints at South Florida and most recently Oregon. Needless to say, Taggart’s debut season will play a significant impact in determining if Florida State can make a return towards national relevance.

Lost in the Taggart storyline is another inspiring coaching saga unfolding for the Hokies. Prior to the 2016 season, former Memphis Head Coach Justin Fuente inherited a 7-6 dwindling Virginia Tech program that was hanging on in the last days of Frank Beamer. Fuente delivered in his first season leading the Hokies to 10 wins while earning ACC Coach of the Year honors. Last year, the program maintained that level with a 9-4 record in what many considered to be a rebuilding year. Now with more returning talent and a strong foundation built, Fuente and Virginia Tech look to make a push towards the top of the ACC. Virginia Tech is currently expected to be the best team in the ACC Coastal Division and a win over Florida State this Monday would all but solidify those expectations.

Can we trust Florida State?

For the last several years, I have ridiculed the Florida State preseason hype that the program receives each year. In the last two years, the Seminoles have been ranked in the Top 5 preseason and have not lived up to the hype. Last year, Alabama dominated Florida State in the opener and the Seminoles lost star quarterback Deondre Francois to a torn patella tendon. Afterwards, the Seminoles fell apart limping home to a 7-6 record. Things actually hit rock bottom with a 35-3 blowout loss to Boston College. The question now becomes can we trust this same team to overcome the obvious talent gaps that we witnessed in 2017?

The good news is that Francois return healthy under center given this new Seminoles offense a great talent to be the centerpiece of Taggart’s new system. Along with Francois, the offense returns an exceptional rusher in Cam Akers who eclipsed the 1,000 yard mark as a freshman. The offense will also return an experienced offensive line that should see improvement with another year of eligibility under their belts. The biggest concern for the offense perhaps comes in the receiving corps where there is talent but just simply not a defined “playmaker.” However, Coach Taggart is known for creating space in his offenses meaning there should be an equal distribution in the passing game. If these tangibles hold true, the Seminoles can and should be trusted as a threatening group of talent.

Virginia Tech is not ready

The Hokies appear to be poised to take a step forward in the ACC. However, it has yet to be proven. We know Bud Foster’s defenses are going to be solid. In 2017, Virginia Tech fielded a top 10 defense for the 13th time and despite having just 5 returning starters; I would expect favorable results again. Still, there are legitimate question marks on offense that must be addressed before the Hokies can be labeled an ACC powerhouse. The biggest concern is overall talent. This group still lacks the depth and offensive talent needed to become a weekly frontrunner.

The biggest playmaker on offense from the 2017 campaign is gone in WR Cam Phillips. The backfield lacks a proven playmaker between Deshawn McClease and Steven Peoples. Lastly and perhaps most importantly, quarterback Josh Jackson has some serious accuracy concerns. Jackson has natural athletic ability but was largely inefficient against better defenses. Until Jackson proves that trend will change, I have to doubt Virginia Tech’s chances to go on the road in a hostile environment and overcome an offensive disadvantage in the first week of the season. I just cannot see it happening.