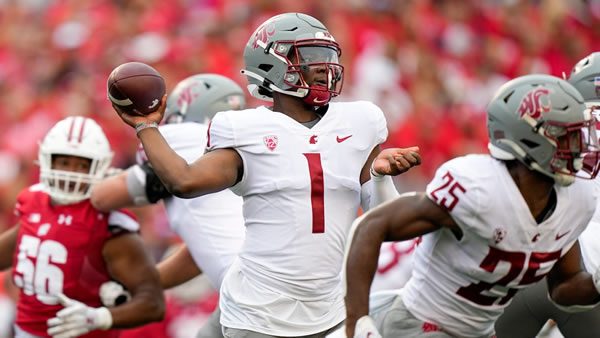 In their last game, the Cougars are coming off a 28-9 win over California. In addition, they
added an ATS win as they were 4.0 favorites on the spread. The team finished the game throwing
for 3 touchdown passes. Overall, the Cougars had 343 passing yards on a completion percentage of
67.5%. On the ground, the team ended with 1 rushing touchdown while averaging 2.9 yards per carry
for a total of 72 yards.

Heading into the matchup, Cameron Ward has an overall passer rating of 98.18 on a total of
1445 yards. Thus far, he has thrown for 13 touchdowns and 7 interceptions. Receiver Donovan Ollie
heads into the game, as the team’s leader in receiving yards, with a total of 298. The top option
in the run game for the team is Nakia Watson, who has carried the ball 62 times for a total of
312 yards.

In their previous game, USC knocked off Arizona State by a score of 42-25. However, despite
the road win, the Trojans did not cover the spread, as they were 24.5-point favorites. The team
finished the game throwing for 3 touchdown passes. Overall, the Trojans had 348 passing yards on
a completion percentage of 73.0%. The team ended the game with 3 rushing touchdowns, along with a total of 137 yards on the ground.

Quarterback Caleb Williams comes in the game having completed 107 of 159 passes for a passer
rating of 117.44. So far, the team’s most productive wide receiver is Jordan Addison, who has
caught 29 passes for a total of 442 yards. The Cougars have turned to running back Travis Dye a
total of 62 times for a total of 422 rushing yards.

Washington State have gone 7-3-0 over their last 10 contests, including posting an ATS record
7-3-0. They maintained a positive scoring differential in these games by averaging 31.1 per game
and allowing 20.5. Their last 10 over-under record is 5-5-0.

In their last 5 games away from home, the Cougars have a straight-up record of 3-2-0 while
going 3-2-0 vs the spread. The team’s offense averaged 27.2 points per game in these
contests.

Through their last 10 matchups, USC has gone 6-4-0 straight up and 4-6-0 vs the spread. They
maintained a positive scoring differential in these games by averaging 34.6 per game and allowing
28.4. Their last 10 over-under record is 6-4-0.

Through their last 5 home contests, the Trojans’ offense has averaged 43.4 points per game
while allowing an average of 30.6. USC posted an overall record of 3-2-0 while going 3-2-0
ATS.

More Picks: Get our Kansas St. at Iowa State Recommended spread bet for their Week 6 game

Heading into this week’s matchup, the Cougars will look to improve their offensive output, as
they are ranked just 73rd in the NCAA in points scored. However, they have drawn a tough matchup
against a USC defense that is allowing an average of 19.6 points per game.

So far, the Trojans are averaging 42.2 points per game on offense, which is good for 10th most
in college football. One area of concern for the Trojans will be their performance on 3rd down,
as their conversion rate currently sits at just 40.0%. They are facing off against a Washington
State defense that is 25th in points allowed but has allowed opponents to convert on 3rd down at
a rate higher than the NCAA average in just 1 of their games. One reason for the Cougars’ success
is their ability to get after the quarterback, ranking 13th in sacks per game.

This season, the run game has not been a big part of the USC offense, as they are averaging
just 33.8 attempts per game. With their limited opportunites, they have an average of 183.8 yards
per contest, good for 43rd in the NCAA. This week, the Trojans will be facing a Washington State
defense that is 25th in rush yards allowed per game. So far, they have averaged 177.0 yards per
game when facing top 25 rush defenses.

Washington State +10.5. Make WSU a +30.5 underdog by inserting them into a massive 20 point college football teaser (they offer 19-point NFL teasers too!) at Wagerweb Sportsbook!