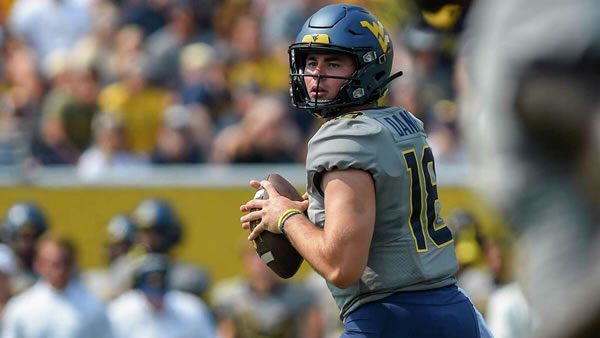 The Mountaineers come into the game off a 65-7 win over Towson. The team finished the game
throwing for 3 touchdown passes. Overall, the Mountaineers had 308 passing yards on a completion
percentage of 67.5%. The team ended the game with 6 rushing touchdowns, along with a total of 316
yards on the ground.

JT Daniels heads into the game as the team’s top quarterback, with a current passer rating of
97.16. So far, he has completed 67 passes for a total of 753 yards. Through the air, the team
will be looking for a big game from leading receiver, Bryce Ford-Wheaton. On the season, he has
caught 24 for 296 yards. The Mountaineers have turned to running back Tony Mathis Jr. a total of
50 times for a total of 234 rushing yards.

This year, Hokies have an overall record of 2-1. In addition, they have also played well in
the Atlantic Coast, going 1-0. So far, the Hokies have an ATS record of 1-1-0. This has come
while being the underdog in each of their games. The team’s over-under mark currently sits at
0-2-0 on an average point total betting line of 31.0.

The Hokies head into this week’s game looking to pick up another win, after they most recently
defeated Wofford by a score of 27-7. In the game, Virginia Tech finished with 2 touchdowns
through the air, while throwing for 342 yards. On the ground, the team ended with 1 rushing
touchdown, while averaging 3.2 yards per carry for a total of 133 yards.

Heading into the matchup, Grant Wells has an overall passer rating of 81.38 on a total of 647
yards. Thus far, he has thrown for 4 touchdowns and 4 interceptions. Receiver Kaleb Smith heads
into the game, as the team’s leader in receiving yards, with a total of 131. In the run game,
Keshawn King has accumulated 175 on 23 attempts to lead the team.

So far, the Mountaineers are averaging 46.0 points per-game on offense, which is good for 11th
most in college football.

In the passing game, the Mountaineers are currently one of the leading groups in the country,
at 295.67 yards per-game through the air. This week, the Mountaineers will be facing a Virginia
Tech defense that is currently 24th in pass yards allowed per-game. This year, they have not
faced a defense ranked inside the top 50 pass defense.

So far, the West Virginia offense is near the NCAA average in rushing, averaging 217.33 yards
per-game on the ground. This year, they have handed the ball off an average of 39.0 times
per-game, placing them 49th in the country. This week, the Mountaineers will be facing a Virginia
Tech defense that is ranked 4th in rush yards allowed per-game. So far, they are averaging 190.0
yards per-game when facing top 25 rush defenses.

Heading into the game, the Mountaineers are currently 106th at 33.33 points per-game
allowed.

Heading into this week’s matchup, the Hokies will look to improve their offensive output, as
they are ranked just 102nd in the NCAA in points scored.

This season, the Hokies have struggled to move the ball through the air, averaging just 225.0
passing yards per-game. This week, the Hokies will be facing a West Virginia defense that is
ranked 132nd in pass yards allowed per-game. This year, they are averaging 225.0 yards per-game
when facing defenses ranked outside the top 50 in passing defense.

This season, the Virginia Tech offense has struggled in the run game, averaging just 141.33
yards per-game on the ground. In terms of attempts, they rank 32nd in the NCAA at 41.67 per
contest. This week, the Hokies will be facing a West Virginia defense that is ranked 79th in rush
yards allowed per-game. So far, they are averaging 141.33 yards per-game when facing defenses
ranked outside the top 50.

The Hokies will look to once again play well defensively, as they are currently 18th in points
allowed at 12.33 points per-game allowed.

West Virginia ATS. Question! Are you still laying -110 odds with your bookie? Did you know that you can lay -105? Take 5 minutes and start saving BIG bucks by making the switch to BetAnySports today! You’ll be so glad you did!