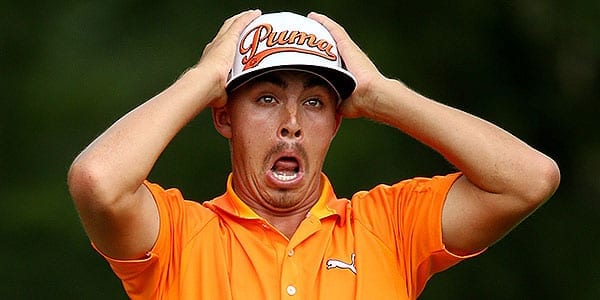 Big names playing for big money at a big time course is what the Players Championship is all about. The PGA’s unofficial fifth Major takes place before the first Major of the year to allow the PGA Championship to move to May but regardless of when the Players takes place, this event is one of the best on Tour. The best players on Tour converge on TPC Sawgrass to tackle not only the famous par-3, 17th but one of the strongest fields the PGA can produce. The field features 144 players, including most of the top-50 in the world rankings and players that finished in the top-100 on last year’s money list. Webb Simpson will defend his 2018 crown and looks to become the first in history to go back-to-back at Sawgrass. Dustin Johnson and Rory McIlroy lead the betting favorites with a lot of attention also paid to Tiger Woods (22 to 1 odds to win at Bovada) who is returning from a slight neck strain. Jason Day withdrew from the Palmer but apparently needed just a bit of rest as he is in the Players field. Rickie Fowler, Justin Thomas and Palmer champ Francesco Molinari are others looking to continue their strong starts with Jordan Spieth (50 to 1) still looking to shake loose of an extending slump.

TPC Sawgrass is one of the most recognizable courses in the world and has been the sight of the Players Championship since 1974. The 7,200 yard, par-72 layout is chock full of Florida favorites like water (not just at 17) and bunkers of both the waste and pot variety. The roughs here are sticky although not unplayable and the greens are hard and fast, even by Tour standards. Scores here have been all over the map with Greg Norman’s 24-under in 1994 looking like a tournament record that is about as safe as any. Lee Janzen won at just 5-under a year later and David Duval needed just 3-under to win in 1999. Simpson’s winning score of 18-under last year was the third best total in tournament history. The last ten years have seen an average winning total right around 13-under and that is looking like a good bet this time around with the course potentially soft after forecasted rains. Of course, I am contractually obligated to talk about the island green at 17. The scariest 135-yard shot in golf will have a lot to say about who wins or doesn’t and any playoff scenarios go through 17 as well. Last year, 54 ball found the water through the week and hitting from the drop area is no picnic either so it is a near certainty that someone will have their tournament fate decided here.

Each week, we take a look at the online betting sites and highlight the best value bets on the board. We make a short, middle and long odds pick to win and breakdown a couple of popular head-to-head matches that you can find at any golf betting outlet. This week’s picks and pairing come courtesy of the board at Bovada. Here are our picks to win the 2019 Players Championship.

Fowler has a win in Phoenix already under his belt and nearly won at the Honda but had to settle for a T2 there. He is 2015 Players champ and while he hasn’t been able to replicate that level of success since, he has the stat sheet that fits well at Sawgrass. Most attractive is Rickie’s top-10 putter. His putting performance has been able to net a 6th best birdie rate and 3rd best scoring mark out of ball striking stats that aren’t outstanding. You can bang it around a bit at the TPC but you absolutely have to putt it well. Fowler is long enough to attack the easier scoring opportunities and The Players has been won plenty of times by guys that bombed it and dominated on the greens. Woods, Mickelson and Couples are just a few Players champs that used the power-and-putt method and Rickie could join the list of multi-time winners by doing the same.

A Kuchar pick is a nod to the fact that you can also go with the accuracy approach at Sawgrass and Matt proved that by winning here in 2012. He has had another close call with a T3 in 2016 and was a respectable T17 last year. With two wins and a T4 already in 2018-19, Kuchar is a the top of his game and brings top-6 ranks in both fairways and greens hit. His putter has been closer to Tour average but that has been good enough for 13th in birdies and 8th in scoring. He is solid across the board including scoring predictors like scrambling and approach proximity as well. It will take an uptick in putting for Kuch to win this week but that shouldn’t be too out of the question considering his strong Sawgrass record.

Oosthuizen has been a little wayward this year with some missed cuts, including at last week’s Palmer but he did the same last season before reeling off three straight top-12s after missing the weekend at Bay Hill. Oosty is still 28th in the OWGR despite his mercurial record recently and he does have a runner-up at Sawgrass to go with at least on runner-up finish in each of the true Majors. It is clear he enjoys playing in big events. His 2018-19 play has been fine from a ballstriking standpoint with top-25 marks in fairways and greens but the birdie and scoring averages are down due to a misfiring putter. He has plenty of experience putting on these greens and he may benefit more than most if they play a bit slower. Louis is better than your typical 80 to 1 kind of player so I think this is one of the very best values in the field. It is still clearly a longshot but the others in his range haven’t proved it all and I’d rather bet on something happening again than something happening for the first time.

Picks to win based on predicted score for all four rounds. Check for the best line at your online betting sites and avoid paying inflated prices from bookmakers not used to dealing golf.

Bryson DeChambeau v. Jon Rahm (pick to win: Rahm)
DeChambeau gets a bump by having a win on his 2018-19 record but it is Rahm that has the edge in top-10 finishes with five in just seven starts with Bryson at three. These two haven’t shared the field much this season but Rahm did get the head-to-head W the last time it happened in Mexico although neither player did particularly well in that WGC event. Rahm has a nice edge in greens hit (47th to 119th) which effectively neutralizes Bryson’s advantage on the greens as both enter the week virtually tied in scoring average. DeChambeau has cooled off a bit after producing at what looked to be an unsustainable rate at the end of last season. He has finished T56 and T46 in his last two starts and he may just be in a statistical regression to the mean. Rahm has a better trend and an unusually high floor, making a tough guy to beat in head-to-heads.

Dustin Johnson v. Rory McIlroy (pick to win: McIlroy)
Please let this be the companion match to the next Tiger v. Phil vanity project. These two are nearly unbeatable when they have their A-games going and they both appear to be at that level with Johnson winning in Mexico and Rory logging five straight top-6 finishes. That string of near-wins for Rory is the main reason why I am going with him here. McIlroy leads the Tour in tee-to-green and off-the-tee performance so it is a near certainty that he will find enough birdie looks to contend again. Johnson has been the better putter in 2019 but Rory is seeing so many chances that his birdie and scoring marks are slightly better despite giving a little back on the greens. Considering you have to split hairs to differentiate the stat sheets, I think you want to keep your money on McIlroy and his very hot trend.