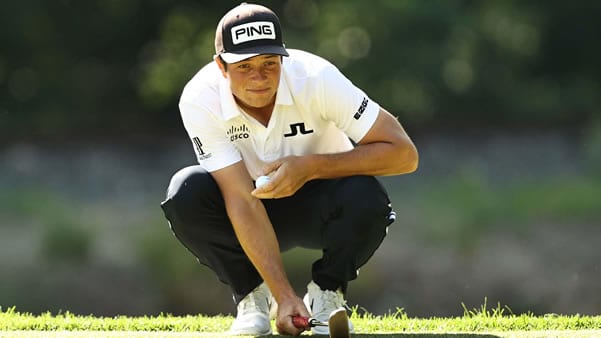 We have a fresh year and a fresh start to PGA Tour golf, and the Sentry Tournament of Champions is set to kick off 2021 in style. This TOC is bigger and better, with all players that made the Tour Championship last fall joining the typically winners-only field. Forty-two players will tee it up at Kapalua, with Dustin Johnson (+600) leading the way as the betting favorite. Johnson won the FedEx Cup before collecting a Masters win and has two TOC wins in his career, so it is no surprise to see him favored to win this week, but Justin Thomas is a two-time winner here as well and right behind DJ at +700 to win. Jon Rahm just made a switch to Callaway and is next at +850, with Bryson DeChambeau, Xander Schauffele, and Patrick Reed also expected to contend. The field is clearly strong but also very shallow, so don’t be surprised if one of the longshots makes some noise as everyone here has proven to be on the top of their game recently.

The Plantation Course at Kapalua has been part of the Tour since the 1999 season and provides one of the more unique setups of any championship level course. The oceanside layout measures nearly 7,600 yards and is the only course to play at par-73. The par-five finishing hole is a bruiser at 680 yards, but massive elevation changes throughout the course often have holes playing much shorter than the listed yardage. Most of the par-four holes play at or below Tour average yardage so look for the bombers to have some very short irons into greens and even some chip and pitch shots for approaches. Fairways are wide and fast, and greens are receptive, so the scoring pace is scheduled to be fast. Justin Thomas won at 14-under last year, and that was tied for the second-highest winning total since Kapalua began hosting the TOC. Typical winning totals have been 20-to-24 under par in recent years, with Jordan Spieth hitting 30-under in 2016. Just about every variety of player has won here, from bombers like Tiger and DJ to control players like Steve Stricker and Jim Furyk.

Each week, we take a look at the online betting sites and highlight the best values on the board. We make a short, middle, and long odds pick to win and breakdown a couple of popular head-to-head matches that can be found at just about every golf betting outlet. Picks and pairings for this week were found at Bovada. Here are our picks to win the 2021 Tournament of Champions.

This will be the first time around Kapalua for the monster-drive version of Bryson, and this course is made for aggressive players. DeChambeau leads the Tour at 338 yards per drive and gains a full stroke on the field as the #1 rated player off-the-tee. He finished 2020 ranked 4th in birdie average and 7th in scoring behind as he bookended that driving with a top-10 putter. He is a little prone to being wild, but this course won’t overly punish crooked drives, and Bryson should never have more than a sand-wedge into any par-four. He even finished 17th in scrambling last season to prove he is about as versatile as he is powerful. The U.S. Open win was one of the best individual efforts in years, and anyone that wins an Open can win here.

Hovland is entering just his second full year on Tour but is already a two-time winner after his victory at the Mayakoba in early December. Since the fall, he has three other top-15 finishes and has shown remarkable consistency in his early career with just three missed cuts in 30 Tour starts. He is a modern control player in that he averages 300 yards off the tee but still hits more than 60% of fairways. That has proven to be a lethal combination with Hovland a top-20 tee-to-green player and currently 6th in scoring. His putter runs about Tour average, but he still nets 4.5 birdies per round and has the ability to go low when the putter heats up with at least one round of 63 in each of the last two seasons. He is making his debut at Kapalua but should easily acclimate to the volume of scoring opportunities.

Munoz earned his way into the TOC with a win at The Sanderson Farms Open in early 2020 but also finished last season strong with back-to-back T8 runs at the BMW and Tour Championship. He will be making his tenth start of this season, so no worry about rust, and he has been good against strong fields with a T9 at the CJ Cup and T14 at the ZOZO alongside a top-20 at the Masters. He doesn’t have elite stats, but there are few weaknesses overall, and finished last season inside the top-35 in tee-to-green performance and birdie average. He was 5th in total birdies in 2020, so this absolutely knows how to score and ranks 31st in scrambling to further squeeze every last stroke out of the round.

This match would have been a very tough nut to crack in the late summer as both players were strikingly similar in their strengths and positive results, but Berger has been in a ball-striking slump of sorts, ranking 198th in fairways and 201st in greens hit since the Tour Championship. Morikawa has struggled with the putter over the same span, and the players have put in similar results lately, but Collin remains a top-20 tee-to-green player and only needs to get going on the greens to regain the form that saw him win the PGA Championship. Both have been relatively good at Kapalua in short sample sets, so look for a close match early with Morikawa leveraging that ball-striking edge over the weekend.

It is hard to argue against either as both have been tremendous of late, but Thomas is 3-0-1 head-to-head against Rahm going back to the US Open and 2-1 against Rahm at Kapalua since 2018 when Rahm made his debut. I won’t predict doom for Rahm after his recent equipment switch, but I want to see him duplicate his top-10 numbers in off-the-tee and tee-to-green categories before getting money on him against a stud like Thomas. Rahm is the more accurate driver in this match, and that sets up a good advantage against a player like Thomas who is under 60% in fairways hit, but the Plantation Course is a place where Thomas can get away with being less-than-straight off the tee and the needle then flips in his favor as the better putter between the two.