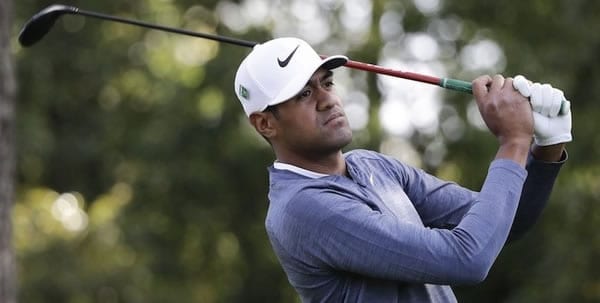 Professional golf is as global as ever and events like the ZoZo Championship and President’s Cup in Australia have seen the best players in the world everywhere except the US in recent months but the PGA Tour hits the lower-48 again with this week’s American Express event in California. American Express takes over as title sponsor of what was the Desert Classic but most will still know this event as the Bob Hope Classic. PGA West at La Quinta has been the host course for several years and the pro-am format remains the same for this tradition-rich stop that was won by Adam Long in 2019. He returns to defend his crown against the likes of Rickie Fowler, Paul Casey and Francesco Molinari. Phil Mickelson and Bill Haas are two-time winners here and this event has been a stepping stone in the careers of big names like Patrick Reed, Jason Dufner and John Rahm.

PGA West is the official host course for the week but two more courses are in use with players logging one round each at the West, Nicklaus and La Quinta CC before a 54-hole cut is made and play finishes up back at PGA West. All three courses are set up rather easy with the amateur players in mind and each course will play just north of 7,100 yards at par-72. The scoring pace has been lightning fast in most editions with winning scores in the mid-twenties under par the norm. Multiple players have been able to card the magical 59 here so big moves up the leaderboard are possible, especially from day-to-day as players rotate through the easier track at La Quinta. These courses show no preference to style with just about everyone able to score but a hot putter is necessary to keep up as a run of pars will have a player falling behind in a hurry.

Each week, we take a look at the online sportsbook sites and highlight the best values on the board. We make a short, middle and long odds pick to win and breakdown a couple of popular head-to-head matches that can be found at just about every golf betting outlet. Picks to win and pairings for this week come courtesy of the board at Bovada. Here are our picks to win the 2020 American Express.

Finau had a solid fall with a T9 at The Shriners and a T10 at the Hero Challenge before his President’s Cup appearance. He will be making his first stroke play start since and I think he is a good play based on his Tour-leading tee-to-green stat in 2020. He enters the week 5th in approach proximity and is one of the longest players in the field, ranking 9th in driving distance. Like many power players, Finau makes hay off of all the short iron approaches and he finished 2019 with the 15th best scoring average. He is also a solid player around the greens with a top-50 scrambling percentage. Tony can be a little boom-or-bust but his A-game is good enough to win in this scoring environment.

Ancer bounced back from a couple of missed cuts in the early fall with a T4 at the HSBC and a T8 at the Mayakoba before making his President’s Cup debut, going 3-1-1 with the loss coming in singles to Tiger Woods. He was a ho-hum T38 last week but actually played quite well with a 69-69 finish as the winds picked up at Waialae. He was T18 here last year and is almost always in good shape with a top-10 fairways hit percentage. The putter has trended toward Tour average for the most part but he still sits inside the top-50 in scoring and has shown himself to be a good clutch putter with a top-20 scrambling rate. His ball striking talents are where they need to be to win on Tour and it will just take a hot week with the putter to make a run here.

Sabbatini has been on a slow march back from near irrelevance and enters the week 84th in the OWGR after ranking outside the top-200 at this time last year. He has made five of six cuts this season and put together a nice T21 last week at The Sony. His GIR% is improved from 2019 and he has putted well enough to net a top-30 scoring average. Rory has a wealth of experience and it shows up in his top-20 scrambling stat. He is short by Tour standards but length isn’t required at these courses. He should do just fine based on his low-mistakes approach and that is often a successful approach in shootouts as players like Sabbatini aren’t giving away strokes. He is a legitimate longshot but this field isn’t too strong and his long term trend is pointing in the right direction.

Looking at the last year on Tour would show Glover to be a slightly better pick this week as he finished 2019 nearly 100 spots better in scoring average over Harman but the short-term trends have reversed and it is now Harman that has a top-20 scoring mark with Glover currently at 139th. Harman has four top-25 finishes this season in six starts while Glover has just one top-25 in six events. Both men have played this event in each of the last two seasons, going 1-1 with Glover winning last year as Harman missed the cut. I want to focus on the shorter-term trends this week as Harman played pretty well last week while Glover is just starting back after a bit of a layoff.

Horschel started 2019 at 92 in the OWGR but has moved up to 32nd ahead of the American Express and that ascent has been impressive considering he hasn’t won over that span. Billy’s consistent play over that stretch makes him a tough guy to bet against, especially in head-to-head matches but I am sticking with Molinari as the more talented ball striker and I think he is fully beyond his poor finish at Augusta that seemed to linger through the finish of 2019. Many of Molinari’s stats don’t look very good as they are heavily influenced by the fact that he doesn’t play cupcake courses but these tracks are easy by his standards and I think he is going to go low. Molinari’s putting has been top-20 in the new year and that stat coupled with his world-class iron play is going to be hard to overcome. Horschel is solid on the greens but lags a bit in fairways and greens and that will leave him a few behind Franceso at the end of the week.