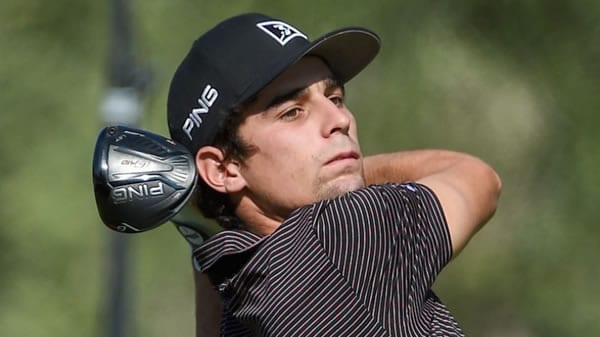 We aren’t even to the first Major of this season, and golf has already written some memorable storylines. Bryson DeChambeau is revolutionizing the game one massive drive at a time, but a greybeard like Lee Westwood has found a way to compete side-by-side with the most powerful player of the era. Rory McIlroy has lost his swing trying to keep up in the power department, while Jordan Spieth is showing signs that he has found some of the form that once had him the #1 player in the world. The show continues this week at PGA National, with The Honda Classic wrapping up The Florida Swing. Sungjae Im will defend his 2020 Honda title against a veteran-heavy field that is led by Daniel Berger, Adam Scott, and the red-hot Lee Westwood. This field is not as star-studded as in recent weeks, which opens this event up to a potential surprise winner, and The Honda has been kind to journeymen in the past with Keith Mitchell, Mark Wilson, and Russell Henly all winning since the move to PGA National. Rickie Fowler is in the field and looking to break out of his current slump at a place where he won in 2017 and finished second in 2019.

The Champion Course at PGA National has been one of the more difficult regular stops on Tour in recent seasons, but that really isn’t a surprise for a Nicklaus-designed course that features something called “The Bear Trap.” Florida golf is often synonymous with water hazards, and PGA National has plenty with water in play on sixteen holes. There aren’t many shots as daunting as the island green at Sawgrass, but there are multiple shots down the stretch that require approaches to be hit over water. The 7,125 yard, par-70 layout is also full of well-placed bunkers and delicate up-and-down chances to derail an otherwise solid round. Winning scores have been relatively high, with single-digits under par being good enough to win in each of the last three seasons and seven of the last eight overall. Thirteen under par is the tournament record at PGA National, and the 6-under by Im last season was the second-highest winning total in event history. Close finishes are common, with six of the last seven decided by one stroke or in a playoff.

Each week, we look at the online betting sites and highlight the board’s best values. We make a short, middle, and long odds pick to win and breakdown a couple of head-to-head matches that you can find at just about any golf betting outlet. Odds to win and pairings for this week can be found at Bovada. Here are our picks to win the 2021 Honda Classic.

Niemann has not missed a cut in eleven starts this season and has moved up to 29th in the OWGR as a result of two recent runner-up finishes. He enters the week inside the top-10 in driving distance and greens hit to highlight a tremendous stat sheet that also includes top-5 marks in birdies and scoring average. He is the 13th best tee-to-green player on Tour, and PGA National will test your ball striking. Niemann should also see an edge on the field with his 12th ranked off-the-tee performance, and he should be able to card enough birdies to win behind a top-20 putting average on greens in regulation. For those interested in a more conservative option, you can find Niemann to finish in the top 20 at -140 odds, which is a very solid bet! You can find this bet at Bovada Sportsbook.

Lost in the Justin Thomas comeback win last week was Gooch’s 67 on Sunday that propelled him to his third top-5 finish on the season. His best results have come in some of the more high-profile events like the CJ Cup, so he should be a threat in a slightly weaker field. His ball-striking trends are near Tour-average, but he makes his money on the greens. Gooch is 24th in overall putting average this season and spins the 29th best scoring average out of just the 65th ranked birdie average. That efficiency is key when the scoring pace is slow, and Talor ranks 9th in scrambling to further prove he can get the most out of his rounds. His strength is in grinding out good rounds, but he is 33rd in total birdies this season, so he can get hot and make a move at any time.

Conditions around PGA National are slated to be tough, and Bradley has put in some of his best work when things have been difficult this season. He was 10th at the Palmer two weeks ago when the winds picked up and made things brutally tough at times, and he finished with a 69 on Sunday at Sawgrass when most of the field was back-pedaling. There is no getting around Bradley’s putting which ranks near the bottom of the Tour in most categories, but there is also no doubt that he is still a remarkable ball striker. Keegan is 6th in total driving, 33rd in GIR, and is the 10th best player in overall tee-to-green performance. He literally has no problem with any full swing but just can’t get on a consistent run with the putter. I like him here this week as he probably doesn’t need more than three birdies per round to be amongst the leaders. That is not too much to ask from even his balky putter, and his chances only improve if PGA National is playing tougher than normal. Sungjae Im won here last year by being the best in the field in terms of strokes gained on approach, and Bradley sits 7th in that category right now.

Picks to win based on the predicted score for all four rounds. Check with your favorite sportsbook for single-round pairings and a variety of prop bets.

Scott is getting some love as the 2016 Honda champion in a lot of fantasy golf circles, but Henley is the 2014 champion here and has only missed one cut in eight career appearances at PGA National, while Scott has missed twice in six starts. These two have only shared the field on three occasions in 2021, with Scott winning two, but Henley has the 3-2 edge in the five Honda Classics where both have played. Henley is also the better statistical play this week with significant advantages in fairways and greens hit and scoring even though Scott is averaging more birdies per round. Scott is 214th in scrambling entering the week with Henley at 9th, and I don’t see any way that a Nicklaus course won’t expose that disparity.

Jones is relatively unknown to casual fans despite being around for over a dozen years, but all that experience is going to make him a tough out at tough courses like this. Jones has made the cut in five of seven appearances at The Honda Classic, and while the results haven’t been tremendous, he still owns the experience edge with Hadwin making just his third start here and missing the cut last time out. These two have played in the same event on eight occasions this season and have split the head-to-head evenly at four wins apiece, but Jones has five top-25 finishes overall with two top-10 runs while Hadwin has logged just one top-25 finish. Jones is the longer player and hits more greens despite losing out on the fairways hit battle. He isn’t DeChambeau long but clearly understands how to use that length to set up short approaches. Jones is also the better putter and nets the 33rd best scoring average, with Hadwin back at 115th. Jones is 19th in scrambling with Hadwin outside the top-75, and this course will eat your lunch if you can’t get up-and-down. I think Jones has the higher ceiling and floor, with Hadwin a strong bet to miss the weekend.