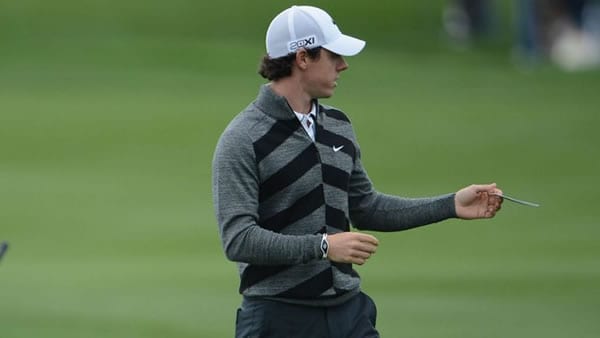 For much of the summer, the PGA Tour was one of the few live sporting events in the US and while there are still big things ahead in the fall, the 2019-20 season is set to finish up over the next three weeks. The FedExCup Playoffs will kick off with The Northern Trust and the top-125 on the points list are heading to TPC Boston. Only 70 will make it to Olympia Fields and the list dwindles to 30 players for East Lake and the Tour Championship. We saw last week that anyone can make a big jump as Jim Herman vaulted from 192nd to 54th after winning the Wyndham Championship. Rickie Fowler, Brooks Koepka and Jordan Spieth are some of the big names currently outside of the top-70 with names like Phil Mickelson and Matt Kuchar poised just inside of that line. Tiger Woods will make this start and reports are that he is in good enough shape to make what would be four starts in five weeks if he is able to advance to East Lake ahead of Winged Foot and the U.S. Open. Patrick Reed won the Northern Trust in 2019 at Liberty National, his second win at the event after also getting the victory at Bethpage Black in 2016. A third win would be remarkable considering how well favorites like Bryson DeChambeau and Justin Thomas are playing. Both of those players have wins at TPC Boston, as does Tiger and Rory McIlroy.

TPC Boston will be hosting its first Northern Trust but the course has seen plenty of PGA action while hosting the former Deutsche Bank Championship. The Arnold Palmer design measures just over 7,300 yards and plays at par-71. Winning scores have trended in the middle-teens under par in most years but 22-under is the tournament record and most recently shot in 2013 by Henrik Stenson. The single round record of 61 has been carded twice in PGA competition. The course was re-tailored just a few years after opening and what emerged was a regional classic that heavily relies on what nature provided. There are plenty of target golf opportunities as players navigate doglegs and ridgelines with native grasses and bunkers waiting to gobble up errant shots. There are some risk/reward spots but also some rather brutal offers where par will be a good score on any day. The course doesn’t specifically favor any one style of play so the event is wide open for any player that is on top of his game and can properly think their way around this layout.

Each week, we take a look at the online golf wagering sites and highlight the best values on the board. We make a short, middle and long odds pick to win, backing our picks with the most relevant analytics and course considerations. Odds to win for this week can be found at Bovada. Here are our picks to win the 2020 Northern Trust.

Rory was potentially hurt the most by the suspension of play as he finished no worse than T5 in his six starts ahead of the cancelled Players Championship, including a win at the HSBC. Rory will be looking for his third win at TPC Boston and he has six career rounds of 65 or better at the course. He enters the week ranked 4th in performance off-the-tee with the same rank in strokes gained from tee-to-green. He is 28th in putting average which helps net the 21st best birdie average and solid work around the greens improves his scoring average to 3rd. He hasn’t been able to recapture those elite finishes since play resumed but I’m looking at him more like a sleeping giant than in a slump. With Bryson, Rahm and Thomas saddled with shorter odds, McIlroy is a nice value considering he is arguably still the most talented player in the field.

Matsuyama has missed two cuts since play resumed but he has balanced that with four top-25 finishes to show he isn’t that far off from the form that saw him 6th or better on three occasions ahead of break. He has never missed a cut at TPC Boston, topping out at 4th the last time the Tour was here in 2018, going 10-under over the weekend. Hideki is 2nd in tee-to-green metrics and 5th in strokes gained on approach so he should be well fit to handle the shot making challenges this week. He hasn’t putted particularly well this season but still has a top-30 birdie average and improves to 15th in scoring average. A few less two-putts on some greens in regulation should turn those T20 kind of finishes into true runs near the top.

Woodland has never missed a cut in seven starts at TPC Boston, racking up five top-25 finishes, including four straight starting in 2015. He has never hit double-digits under par here but has shown the ability to go low in single rounds with four rounds of 66 or better. He is 15th in total driving and 50th in greens hit to be one of the best overall ball strikers in this field. His putting has hovered around the top-30 and has produced a top-25 birdie rate alongside the 14th ranked scoring mark. After winning the U.S. Open last year, I think it is safe to say that Gary can win the big event and I think he is the very best value bet in this field.

Picks to win based on predicted score for all four rounds. Check with MyBookie Sportsbook for single round matches and a variety of prop bets. If you sign up through our link, they’ll give you a 100% real cash bonus on your first deposit of $100 to $300! FREE BETS!!!!

Day has emerged from a rather lengthy slump to post four straight top-7 finishes but I am going with DJ as he looks to have things figured out after his runner-up finish at the PGA Championship. Both players have a solid record at TPC Boston but Johnson has won the last three here against Day and DJ has never missed a cut at this course in nine career starts. Leading into the week, Johnson is the longer player and has hit more fairways. The greens hit rate has been about the same with Johnson inside the top-20 in birdies while Day is outside the top-50 in that category. Jason is the slightly better player around the greens and could make fewer mistakes over the course of four days but I like DJ to push the scoring pace and finish near the top as he did in his last start.

Reed is the defending champion of the event but that W came at a different course and his status as a big favorite here is a bit iffy considering Finau got the better of this match at the Memorial and the PGA Championship. I think the ball striking requirements of those events are in line with what this week will bring and Finau proved he can hang at TPC Boston with a T4 last year, winning the head-to-head against Reed. Neither player is very accurate off the tee but Finau is considerably longer so he is getting some advantage with the shorter average approach and he is nearly 100 spots better in GIR than Reed. The putter is where Reed gets his best work done and he will have an edge against Finau there but Tony is putting up just as many birdies without having to rely on the putter to the same degree. If Finau is good on the greens, or if Reed struggles a bit, this match could be an easy win for Finau and you would be getting the even money value. I think this one will ultimately be a close match but Finau is clearly in play for another top-10 finish and I have Reed just back in the 15-20 group of finishers. For the most golf betting options online, check out 5Dimes! (See our 5Dimes Review for all the reasons why you should bet there!)