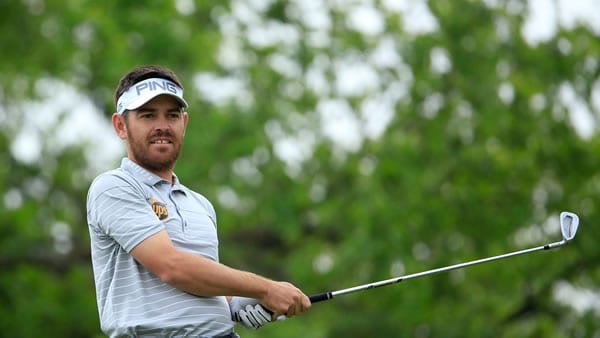 The start of Spring is right around the corner, and we will soon travel to Augusta for the second time in six months, but the Florida Swing continues this week with THE PLAYERS Championship. The 2020 Players Championship was the first event canceled by the Covid pandemic, so Rory McIlory will be the defending champion at TPC Sawgrass after winning the 2019 edition. He will look for two Players’ titles in-a-row against a stacked field that is headlined by Dustin Johnson, Jon Rahm, and Justin Thomas. Collin Morikawa and Bay Hill winner Bryson DeChambeau will tee it up with a streaking Jordan Spieth also in attendance. Rickie Fowler, Webb Simpson, and Sergio Garcia are among the former champs in this field that is routinely one of the best outside of the Major Championships.

TPC Sawgrass has hosted The Players Championship since 1982, and the course is one of the most recognizable in the Tour rotation, with the island green at the 17th one of the most famous holes in all of golf. The 7,245 yard, par-72 layout has continuously been updated to keep the level of difficulty high, and players are often challenged to hit accurate drives into tight fairways that are lined with bunkers and heavy mounding. Greens are firm and fast, making approaches from the fairway a near-must on many holes in order to see a decent birdie look. The diminutive par-3 at 17 is a well-known trouble spot, but that hole is just part of a three-hole finish that always has a say in who wins. Winning totals in recent seasons have hovered around 14-under par, but 5-under was good enough to win in 2008, and it took 18-under in 2018, so the potential range is quite large. Three of the last four Players Championships have been decided by at least three strokes, and the margin has been at least four strokes on eleven occasions since 1982, with Steve Elkington winning by seven in 1997.

Each week, we take a look at the online betting sites and highlight the best values on the board. We give you a short, middle, and long odds pick to win and breakdown a couple of popular head-to-head matches that can be found at just about any golf betting outlet. Odds to win and pairings for this week were found at Bovada. Here are our picks to win the 2021 Players Championship.

McIlroy has sprinted out of the gate in each of the last two weeks only to fall off the pace on Sunday, but I can still get behind a guy that had back-to-back top-10 efforts while only playing three good rounds. He is the 2019 Players Champion and has four other top-15 finishes in his career at Sawgrass. He is the second-longest driver on Tour and comes in 3rd in strokes gained off-the-tee to give him an advantage at a tough driving course. He is 15th in overall tee-to-green performance and has done well enough on the greens to turn in the 6th best birdie rate. Rory is 80th in putting average, but that improves to 30th on greens in regulation, so he is taking advantage of his chances and scoring efficiently. He has the feel of a player that is close to figuring it all out, and this is a great time of year to do so.

Finau in the top-ten has been a routine event with five such finishes in 2021, including two 2nds, and he has 38 top-10s since his only Tour win in 2016. His relative value at the sportsbooks hasn’t changed much even with that volume of close-calls, and I could advocate that a blind bet on Tony every week would turn a profit in 2021 as it seems a win is always right around the corner. He enters the week 31st in driving distance but has more in the tank than that number suggests and ranks 18th in strokes gained off-the-tee. His overall tee-to-green numbers are inside the top-5 in that category, and he turns in the 3rd best scoring average. That scoring mark is powered by a top-10 GIR putting average, and he has refined his play around the greens as well, ranking 32nd in sand saves. His best finish at Sawgrass was a T22 in 2019, but the sample set is short, and I think he is just starting to figure out this course.

BET THIS WEEK’S GOLF PREDICTIONS FREE BY SCORING A 100% REAL CASH BONUS ON YOUR FIRST DEPOSIT OF $100 TO $300 AT MYBOOKIE! (MUST USE BONUS CODE PREDICT100)

Oosthuizen has been a little under the radar so far, but his short-term trend is somewhat positive with five top-25 finishes, including a T11 and T6 finish in his last two starts. That T6 came at a Concession course that wound up being a very demanding ball-striking challenge, and Sawgrass should emulate that to a large degree this week. Louis has almost always been relevant in that kind of situation, and it showed in the 2017 Players Championship when he finished as the runner-up. The stats aren’t jumping off the page, but Oosthuizen is one of the better grinders and turns in a top-50 tee-to-green stat alongside another top-50 in scrambling. He is making his money on the greens with the 3rd best putting average and leads the Tour in total putting. He is just 72nd in birdies but 11th in scoring average to be one of the most efficient players going right now and sits 7th in total strokes gained despite some average marks on the overall stat sheet. I think Louis is set for a good run in the Majors this season and could be a surprise winner here.

Picks to win based on the predicted score for all four rounds. Check with your favorite sportsbook for single-round pairings and a variety of prop bets.

The long drive element of Bryson’s game is getting all the attention these days, but anyone that watched his final round at Bay Hill also saw a player that can effectively grind out tough pars and hit clutch shots down the stretch. Phil Mickelson had that element to his game where it looked like he didn’t care where he wound up because he had the confidence to get out of trouble, and DeChambeau now has the same look. He is confident that he can salvage the hole if that power lands him in a tough spot, and he will absolutely take advantage when those drives are putting him 60-to-100 yards ahead of the field. That said, he is the underdog in this match as Rahm has yet to miss a cut this season and has five top-10s in nine starts, but Bryson has the two wins and is 2-1-1 against Rahm dating back to the US Open. Both have a short sample set at Sawgrass and have split the head-to-head series over the last two, but DeChambeau has an average finish of 28.5, with Rahm sitting at an average of 49th in three career starts. I think both will improve on those averages, but I like DeChambeau to stay hot. Bryson leads the Tour in strokes gained off-the-tee, total tee-to-green, and is the better scrambler of the two. Most margins are relatively close in scoring categories, but we know that DeChambeau’s ceiling is the winner’s circle, and we get better than even money, so that is a good value on top of it.

These guys have both played quite a bit this season and have shared the field often as well, with Horschel leading the current head-to-head series with a 4-3-1 record. They have only squared off once at Sawgrass, with Ancer winning that match in 2019. I think Abraham is the pick again this week as Horschel has a career average finish of 38.6 at the Players Championship. Ancer leads the Tour in fairways hit and has the edge in greens hit, birdies, and scoring over Horschel, even with Billy being a bit better on the greens. I have Ancer hitting a handful more greens over the week, and that being the key factor in a top-20 run. I have Horschel back in the next twenty finishers and also at a greater risk of missing the cut.