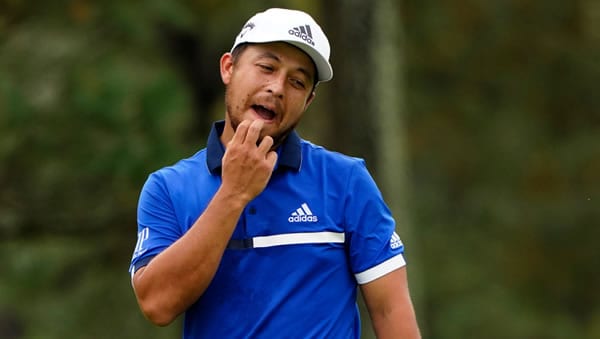 How You Can Bet it for Free! Click this link, use promo code PREDICT100, deposit $100 to $300 and they’ll match your deposit with a real cash bonus!

The biggest sporting event of any and every calendar year is the Super Bowl, and going head-to-head against the Big Game is a losing proposition for anyone outside of maybe the Puppy Bowl. The Phoenix Open won’t have a ton of eyes watching come Sunday, but this event remains a player and fan favorite, even if only 5,000 fans will be let into TPC Scottsdale this week. Jon Rahm (6 to 1) is the betting favorite this week, with Justin Thomas (8 to 1) and Rory McIlroy (11 to 1) also expected to contend. Webb Simpson (16 to 1) is the defending champion and could be a solid play as five different players have won multiple WMPOs in the last twenty years. Hideki Matsuyama (22 to 1) went back-to-back in 2016-17 and should be a popular play in the middle betting tier. Hitting longshots is one of the most fun elements of betting PGA Tour golf, but only one player in the last seven editions (Kevin Stadler, 2014) has won with odds greater than 28 to 1, so look for that top tier to be well represented on the leaderboard come Sunday.

TPC Scottsdale is a fixture on Tour and has been part of the Phoenix Open since 1987. This course isn’t overly difficult by championship golf standards, but the 7,260 yards, par-71 layout does have some tough driving holes and offers fast greens throughout. Bombers can mostly eliminate the multitude of fairway bunkers, and even off-line drives will find reasonably playable rough. Gary Woodland, Brooks Koepka, and Phil Mickelson have all used the bomb-and-gouge strategy to win here. Alternately, the short but accurate drivers can set up approaches from the fairways and control the ball into these speedy greens. Webb Simpson, Rickie Fowler, and Hunter Mahan have all won in Phoenix using that more measured approach. Gaining strokes off-the-tee in some fashion is critical to gaining an edge on the field, and as always, the winner will be among the best putters in the field on the week. Winning totals have hovered in the high-teens under par for most of the last decade, but the tournament record of 28-under was shot in 2013. Six of the previous seven Opens have been decided by one stroke or in a playoff, so look for a tight finish as the closing stretch offers plenty of chances for players to make up ground.

Each week, we take a look at the online betting sites and highlight the best values on the board. We make a short, middle, and long odds pick to win and breakdown a couple of popular head-to-head matches that you can find at just about every golf betting outlet. Odds to win and pairings for this week were found at Bovada. We correctly tabbed Patrick Reed to win last week, and our Xander Schauffele pick was the runner-up. Let’s see if we can stay hot in Phoenix.

Hard to argue with Xander’s short term trend that has seen him finish T5 and T2 in his last two starts, and he has never finished worse than 17th in Phoenix. He ranks 36th in off-the-tee performance and adds a bevy of top-ten stats, including strokes gained-putting, tee-to-green performance, birdies, and scoring average. He is a top-50 scrambler to round out a stat sheet that is about as complete as you would want to see. Xander is currently second on Tour in consecutive cuts made at 20, so expect to see him around for the weekend and making some noise near the top.

Wolff is a bit of a wildcard this week, but I like the long term march he has been on that sees him sitting at 18th in the OWGR ahead of the WMPO. He did withdraw from the Farmers last week with a sore hand, but reports have him ready to tackle a course that is in his wheelhouse and one where he made the cut after receiving an exemption to play in 2019. Scottsdale matches well with Wolff’s 12th best off-the-performance that includes a top-ten driving distance average. He is just a bit better than Tour average on the greens, but his putter has been good enough to rack up the 34th most birdies on the season, and he should not only be able to attack the course but also keep up if the scoring pace pushes to that 20-under threshold.

Homa has been finding a rhythm of late with three consecutive top-20 finishes in his last three starts, including last week at a tricky Torrey Pines course. Max was 6th here last season and carded rounds of 64 and 68 on the weekend. Homa isn’t the biggest hitter but does average 304 yards per drive, and he has the solid putter as a bookend stat to that power game. He ranks 12th in GIR, putting to average just over 4.1 birdies per round but also ranks 20th in overall putting and 21st in one-putt percentage to give him all sorts of small advantages on the field once he goes to work on the greens. Putting is always critical when the scoring gets fast, and I like Homa’s care-free attitude this week, even if Scottsdale won’t be at capacity crowds.

Picks to win based on the predicted score for all four rounds. Check with your favorite online sportsbook for single round pairings and a variety of prop bets.

It is hard to get more consistent than Rahm right now as he just picked up his third straight T7 finish last week at The Farmers, but Thomas is a tough draw considering he has a 2-1 record against Rahm in the previous three events where they both played. Rahm has finished no worse than 16th in Phoenix over the last four seasons, but Thomas has been third in each of the previous two years to post a 2-2 head-to-head record against Rahm at Scottsdale. Thomas has also carded at least one round of 65 or better here since 2018, so give him a slight edge in scoring potential as well. Rahm gets a slight nod in ball striking, but things are relatively close overall, and this match swings on Thomas’s putter, which is ranked 31st, while Rahm is back at 118th. Thomas leads the Tour in birdie average at a ridiculous 5.1 per round and is slightly ahead of Rahm in scrambling. That adds up to just enough of an on-paper advantage to go away from the betting favorite of the week.

There couldn’t be a more polar opposite pairing for this week as List is 6th in driving distance while Johnson is back at 169th. Despite that power advantage, List hasn’t been able to be consistent and has made just five of eleven cuts this season while Johnson is eight of eight overall. That trend extends to Phoenix finishes as List has missed the weekend in four of the last six WMPOs while Johnson has made the cut in five of the last six. Zach will see an edge in both fairways and greens hit, but the real advantage will come on the greens, with Johnson ranked 36th in strokes gained-putting while List is near the back of the Tour pack in 236th. Essentially, List is giving away any strokes his power game might net him as soon as he gets the putter in his hands. List does have a better birdie average per round but falls behind in scoring as Johnson makes far fewer mistakes. Luke does have a chance to bomb away at Scottsdale, but Zach has a good track record here with plenty of experience, and I like his play-smart strategy to pay off.