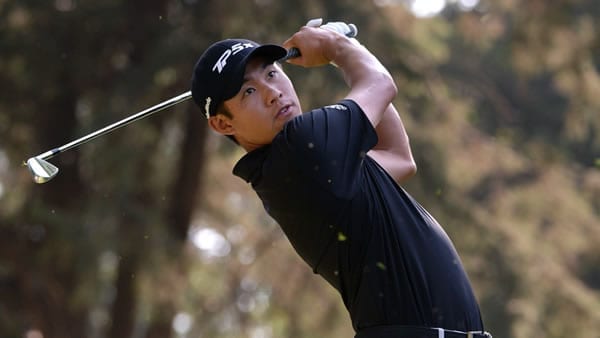 The PGA Tour was better positioned to resume play than most other major sports organizations, and outside of some schedule shuffling, golf fans really haven’t missed out on anything since play began again in June. The John Deere Classic was initially scheduled for this week but was one of the few true cancellations due to CoVid, leaving the Tour searching for options. With The Memorial already slated for next week, the PGA reached out to Jack Nicklaus, and The Bear volunteered Muirfield to pull double duty, so we are set for a two-week stint in Ohio. A full field jumped on board for what will be a one-time event, and The Workday Charity Open was born.

Justin Thomas headlines a field that also features Brooks Koepka and Jon Rahm as betting favorites. Patrick Cantlay won the last event held at Muirfield, and he will be in action alongside Xander Schauffele, Justin Rose and Rickie Fowler. Phil Mickelson and Jordan Spieth round out some fan favorites and give this event a very strong presence considering its replacement status. There is also a strong veteran contingent with Steve Stricker, Davis Love III and Vijay Singh scheduled to tee it up.

With Muirfield GC seeing action in back-to-back weeks, course managers have some plans in place to preserve the course and allow a distinctly different feel for each event. The course will play nearly 7,400 yards for The Memorial but expect something a bit short of that this week as different tee boxes will be in play. The roughs will be held short for the Workday, and slower greens are planned to allow for pin placements to be used that will not be possible once things are toughened up for the following week. Winning scores at The Memorial have been in the 15-to-19 under par range in recent years and should be in the same area this week, but that total is likely possible for more players with the difficulty level turned down a notch. Muirfield is more of a shot makers course than anything else with players like Matt Kuchar, Jason Dufner, and Hideki Matsuyama among past champions. Tee-to-green play is vital in terms of gaining quality birdie looks, and a deft putter is required to contend. Perhaps putting will be slightly less important with greens a bit slower, but this course will offer plenty of trouble for those that are not finding fairways and greens. There is no such thing as a Nicklaus course that doesn’t penalize crooked shots.

Each week, we take a look at the online sportsbooks and highlight the best values on the board. We make a short, middle and long odds pick to win and break down a couple of head-to-head matches that can be found at any golf betting outlet. Odds and pairings can be found at Bovada. Here are our picks to win the 2020 Workday Charity Open.

With at least one win in each season since 2017 and nine more top-3 finishes over the same span, Rahm enters the week ranked 2nd in OWGR. He has just a couple of so-so finishes in three starts since returning to play, but he has managed 21-under in those events, so it isn’t that he has been playing poorly at all. I expect a significant jump in result at Muirfield where Rahm should put his elite ball-striking to good use. He ranks 7th in off-the-tee performance, 16th in overall strokes gained from tee-to-green, and is hitting over 70% of his greens. Rahm is a top-20 putter overall, impressively 3rd in three-putt avoidance, and comes in at 8th in scoring average. There are no holes on this stat sheet with Rahm sitting at 19th in scrambling, and I think he is going to make it four seasons in a row with at least one Tour victory at some point in 2020.

Despite his relative inexperience on Tour, Morikawa has been one of the more consistent players over the last season-plus, missing just one cut in 23 starts while notching seven top-10 finishes. That one missed cut came in his previous start, but I don’t think that bad result will linger, especially with Collin, a playoff runner-up just two weeks prior at the Schwab. Morikawa isn’t a bomber by today’s standards but has some pop and ranks 31st in strokes gained off-the-tee. He improves to 8th in tee-to-green performance and sits 23rd in scoring average. He trends toward Tour averages in most putting categories, but the chances should be there behind what is the 3rd best approach game in all of golf. He seems to be cut from that same fearless cloth that has produced so many of today’s young stars, and he fits the profile of a player that should succeed at a Nicklaus course.

There haven’t been many standout results for Louis of late but he is still one of the best iron players on the planet and remains in the top-25 on the OWGR list. With nine EPGA wins, Oosthuizen has done most of his career damage overseas but it is not too late to add a win on American soil, especially at a course that should play to his strengths. Louis has seen Muirfield during Memorial competition and during Presidents Cup play, and he owns a career-best round of 65 here. He enters the week ranked 6th in approach proximity, and I like that trend to continue with the course set up a little softer than normal. Louis is 23rd in strokes gained on the greens and 13th in total putting so I think he can keep pace in a scoring atmosphere that is likely to push toward 20-under par. He did not tee it up last week and has not been keeping up his usual globe-trotting travel schedule, so look for a fresh Oosthuizen to be a factor in the coming weeks.

Picks to win are based on predicted scores after all four rounds. Check with your favorite golf betting sites for single round matches and a variety of prop bets.

This is a really nice feature match with two young stars that have already cracked through to win within the last year on Tour. Wolff has been riding a solid run since last summer and has snuck inside the top-60 in the world ranks, but Champ is currently 18th in the FedEx race, so his short term trend is a bit better. Wolff was the runner-up last week but missed the cut in the two previous events while Champ has been T14 and T12 in his two starts since play resumed. I like Champ to continue that consistent level of play at a course that he is a bit better suited for than his competitor here. Neither are especially good at finding fairways, but Champ is 30th in greens hit while Wolff lags at 173rd. Wolff is the better putter, but that GIR edge for Champ has his birdie average at 11th, nearly 80 spots better than Wolff. Champ owns nice edges in tee-to-green performance, and total strokes gained, and I like him to win this pairing seven times out of ten.

Spieth came out of quarantine with a nice T10 but has fallen back in the field in each of his subsequent starts. That doesn’t bode well for his chances this week, but I’m good with him as an underdog here with Niemann, also only having one quality result since play resumed. I think Muirfield is going to be a much friendlier version of itself than what we will see next week, and that should help Spieth negate some of his ball-striking woes and let his putter earn it. Niemann is the better fairways and greens player, but it is Spieth that has the better birdie numbers behind the 6th best GIR putting average and 16th best one-putt percentage. The bottom line is that Spieth is a handful when he is finding just an average amount of greens, and he should be in line to see plenty of birdie looks. These two have split when going head-to-head at the 2018 and 2019 Memorial events, so look for a close competition but lean Spieth considering the better than even money value. Speaking of value, if you had the option to pay $1.05 or $1.10 for the very same product, which would you choose? The cheaper one of course! So why are you still paying -110 odds when you could be laying discounted -105 odds at 5Dimes Sportsbook? Start betting smarter today by signing up at the best betting site on the internet!