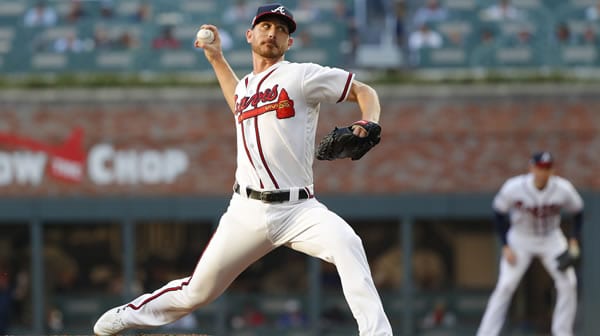 There’s one big reason why the total is so high in this game: Josh Tomlin’s seen big numbers in this matchup. Twice this year, Tomlin has faced the Nationals. On both occasions, the Braves and the Nationals combined for exactly 13 runs, with Washington winning 8-5 on August 18 and Atlanta taking a 10-3 decision on September 6. In fact, four of the teams’ past seven meetings have resulted in 13 runs.

Ironically, that was the best start of the season for Tomlin, who has had a lot of trouble when he’s been the starter. Tomlin was reasonably effective at coming out of the bullpen, usually going an inning or more and holding the opposition scoreless (in fact, he didn’t give up a hit until his sixth appearance of the season), but as a starter, he’s proven to be very hittable. The Phillies tagged him for seven runs in 7.1 innings over a one-week span, and even though he’s pitched better against the Nationals, the Atlanta bullpen didn’t do the job in the loss.

If that isn’t Erick Fedde’s nickname by now, it really should be. So far, Fedde has made eight appearances on the season, and the over is 6-1-1 for the year with him on the hill. Making Fedde’s tendency to go over even more pronounced is the fact that the one victory for the under came with Fedde coming on in relief in a 3-1 loss to the Mets. Otherwise, when he’s taken the mound, it’s a sign that runs are coming.

To be fair, not all of this is Fedde’s fault. After all, he held Baltimore to just two hits and no runs in 5.1 innings on August 14. His team just happened to score 15 runs that day. The past three instances, however, have been partially on Fedde. He didn’t pitch great against Philadelphia, and things weren’t a lot better against Atlanta. Fedde’s given up six home runs in his past three starts, and that’s never a good combination for your pitcher to have.

The winning team in this matchup hasn’t failed to plate seven runs even once in seven meetings between these two, and yet, both are getting plus money to plate lower numbers than that. With the Braves, you can get seven runs for +125, and Washington pays even better, returning +140 for a six-run game. These teams can score pretty well and are pretty poor at keeping runs off the board when their aces aren’t on the mound. Tomlin and Fedde are far from aces, so you might want to take both teams to hit their number in this one.

The weather could hamper the over here, as the first pitch is supposed to feature 77-degree temperatures and wind coming in from right-center and heading toward the third-base side of the field. These just aren’t great conditions for hitting.

The Nationals showed a brief sign of a pulse when they won four of five against Tampa Bay and Atlanta, but the Braves gutted out a win on Thursday and appear ready to turn the lights out on Washington’s season. Remember, last year, the Braves were actually the division champion, but it was Washington who managed to turn it on when it mattered most and win the World Series.

That’s not going to happen this year because the hole is too deep, and the Nationals just seem to want to get this season over with. The Nationals are technically still in the race, but there’s little reason to suggest that close enough to threaten for a wild card, especially not with their bullpen still a mess.

Atlanta’s a much better team, and -140ish is a small price to pay to get a good team that knows it’s in a tight race for the division. Give me the Braves. Don’t forget to check out our Week 1 NFL picks! We cover every game, every week, all season!