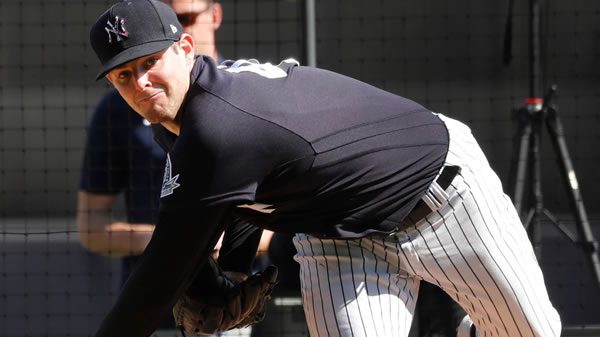 The New York Yankees host the Oakland Athletics on Monday, June 27th at Yankee Stadium. The first pitch in this matchup is scheduled for 07:05 ET. The MLB Odds Board places New York as the favorite (-290), with an OU line set at 8.5.

In their most recent game, Oakland picked up a 2 run win over the Royals (5-3). Overall, the team’s pitching staff limited the Royals to 3 runs on 6 hits. The Athletics benefited from an offense that generated 5 runs on 8 hits. Oakland picked up the win, despite getting 155.0 on the moneyline. In the game, the Athletics and Royals combined to match the over-under betting line of 8.0 runs. At 31-36-7, Oakland has combined to stay below the over-under betting lines in over half of their games.

In their last 5 games, the Athletics are below .500, at 2-3. This mark has come on an average run margin of just -8. During this stretch, the offense is averaging 3.2 runs per game, similar to their season-long average of 3.18. Oakland’s overall series record is just 5-17-1.

New York will look to keep things rolling in today’s game, as they most recently took down Astros by 3 runs 6-3. For the game, the pitching staff held the Astros to 3 runs on 6 hits. In the victory, the Yankees came up with 4 hits and 6 runs. New York picked up the win while being favored at -185.0. For the season, the team has been favored in 68 games, winning at a rate of 72.0%. Combined, the Yankees and the Astros matched the over-under total of 9.0. This result drops New York’s over-under record down to 33-38-2.

Do NOT wait on this one. It’s got Ben’s HIGHEST RATING. Make haste!

Paul Blackburn gets the start for the Athletics, with an overall record of 6-3. In his previous outings, Blackburn has lasted an average of 5.37 innings, putting together an ERA of just 2.97. Across his previous appearances, the right-hander has a batting average allowed of 0.242. This season, Blackburn has been able to avoid giving up home runs, allowing just 0.6 per 9 innings. Overall, he is averaging 3.93 per game, on a K rate of 18.0%. In his previous outings, walks have been an issue, as Blackburn is averaging 2.26 free passes per outing.

In today’s game, New York turns to starter Jordan Montgomery. For the year, he has a record of 3-1. Through 14 appearances, Montgomery has an ERA of just 2.97 while averaging 5.59 innings per appearance. In his previous outings, right-hander opponents are hitting 0.229 off the right-hander. Throughout the season, Montgomery has done a good job at limiting home runs, allowing 1.04 per 9 innings. On the season, Jordan Montgomery has had no problem racking up strikeouts, posting a strikeout percentage of 18.0%. This has led to an average of 4.14 K’s per game. Montgomery has done a good job at limiting walks, averaging just 1.49 per contest.

Heading into Monday’s American League matchup between Oakland and New York, the Yankees are the heavy favorite to pick up the win. This comes despite Paul Blackburn pitching well for the A’s this year. The Yankees have now won 6 straight games with Jordan Montgomery on the mound. I like New York to cover the runline.