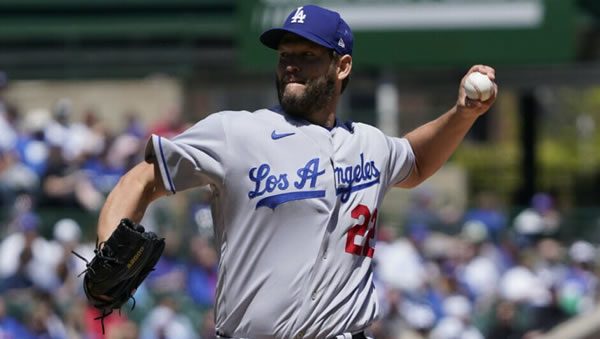 The Colorado Rockies host the Los Angeles Dodgers on Tuesday, June 28th at Coors Field. The first pitch in this matchup is scheduled for 08:40 ET. The MLB Odds Board places Los Angeles as the favorite (-210), with an OU line set at 11.5.

The Dodgers will look to bounce back from a tough loss to the Rockies by the score of 4-0. Los Angeles’s pitching staff finished the game by allowing 11 hits, leading to 4 runs. On offense, the Dodgers finished with 0 runs on 3 hits. This defeat came despite being favored at -200.0. So far, the team has been the favorite in 70 of their games, winning at a rate of 63.0%. Together, the Dodgers and Rockies stayed below the over-under line set at 11.5 runs. This outcome pushed Los Angeles’s over-under record further below .500 at 29-38-5.

The Dodgers come into this game with a 3-2 record over their last 5 contests. Over this stretch, the team has a positive run differential at +4. Los Angeles comes into the game struggling on offense, averaging 4.4 runs per game over their last 5. This figure is down from their season average of 5.06. So far, Los Angeles has won over half of their 24 series, going 15-8-1.

The Colorado Rockies are coming off a big win over the Dodgers by a score of 4-0. In the win, the pitching staff allowed just 0 runs on 3 hits. The Rockies’ offense ended the game with just 4 runs on 11 hits. Despite being the underdogs, getting 165.0 on the moneyline, the Rockies still picked up the win. In their 56 games as the underdog, their straight-up win percentage sits at 41.0%. Combined, the Rockies and Dodgers’ run total fell below the over-under line of 11.5 runs. Colorado still has an above .500 over-under record at (36-35-3).

The Rockies come into today’s game looking to turn things around, as they are just 2-3 over their last 5 games. During this time, the team has a run differential of -5. If Colorado is going to pick up their play, they need to improve their offensive performance. Over their last 5 contests, they are averaging just 2.0 runs per game, compared to a season average of 4.45. Colorado has a below .500 series record of just 10-12-2.

The Los Angeles Dodgers will send Clayton Kershaw to the mound with an overall record of 5-1. Through 8 appearances, Kershaw has an ERA of just 2.0 while averaging 5.62 innings per appearance. So far, batters are hitting just 0.209 against him. Not only does Kershaw have a strong batting average allowed, but he has also avoided giving up home runs. In his previous outings, opponents are averaging just 0.6 HR/9 This season, he has struck out 27% of the batters he has faced. This has led to a per game average of 5.88. Throughout the season, Kershaw has avoided walking batters, allowing just 1.4 per contest.

The Colorado Rockies will send Kyle Freeland to the mound with an overall record of 3-5. So far, Freeland has put together an ERA of 4.29. In his appearances leading up to today, he has lasted an average of 5.66 innings. Compared to other starters, the right-hander has a high BA allowed of 0.274. Throughout the season, Freeland has done a good job at limiting home runs, allowing 0.8 per 9 innings. Freeland’s current strikeout average is 3.79 per game. This includes a K rate of 15.0%. Freeland comes into the game hoping to improve his walk numbers, as he is averaging 2.6 free passes per outing.

For the season, the Los Angeles Dodgers and Colorado Rockies will be playing their 5th game of the season. Currently, Colorado is winning the season series 3-1. The over-under record in this series sits at 1-3. The average run total in these games is 9.63 runs per game. In these matchups, the average scoring differential sits at 3.0 runs. Going back to last year, Los Angeles won the season series, 13 games to 6. The over-under record in last year’s matchups was 7-12, with the average run total being 9.63 runs per game. The average scoring differential in this series was 3.11 runs per game.

Heading into Tuesday’s matchup between Los Angeles and Colorado, the Dodgers are the heavy favorite to pick up a road win. With Clayton Kershaw on the mound, look for the Dodgers to pick up a bounce-back win. In his first 3 outings after returning from an injury, Kershaw has given up just 4 runs. I like Los Angeles on the runline.

Free MLB Pick:Dodgers -1.5 Runline. Bet your Dodgers vs. Rockies pick and ALL your MLB wagers this week for FREE by taking advantage of a 100% real cash bonus on your first bonus up to $500 when you use bonus code PREDICTEM at Betnow Sportsbook!