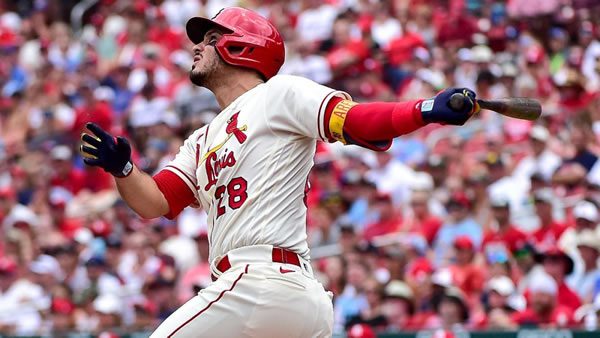 The St. Louis Cardinals host the Atlanta Braves on Sunday August 28th at Busch Stadium. The first pitch in this matchup is scheduled for 07:08 ET. The MLB Odds Board places St. Louis as the favorite (-120), with an OU line set at 8.0.

The Braves will look to rebound from a close, 6-5 loss to St. Louis. On their way to giving up 6 runs, the Braves staff allowed 9 hits. Offensively, they finished with 5 runs on 10 hits. Braves suffered the loss, despite being favored at -110.0. Through 107 games as the favorite, the team has found the win column at a rate of 69.0%. Together, the Braves and St. Louis combined to surpass the over-under betting line set at 7.0 runs. Atlanta now has an over-under record of 65-55-8.

The Braves are looking to continue adding wins, as they are 4-1 over their last 5 games. Over this stretch, the team has a positive run differential at +24. Their hot play has been driven by an offense that typically averages 4.98 runs per game. But, over this stretch this figure has bumped up to 7.6. So far, Atlanta has won over half of their 40 series played, going 21-12-7.

In their last game, the Cardinals picked up a close win over the Braves by a score of 6-5. St. Louis’s pitching staff gave up 10 hits, leading to 5 Braves runs. Offensively, they finished with 6 runs on 9 hits. Heading into action, St. Louis was the favorite at -110.0. So far, the team has won 70.0% of the games in which they were favored. In terms of the over-under, the Cardinals and Braves combined to surpass the line of 7.0 runs. So far, St. Louis has an over-under record of just 61-62-4.

Across their last 5 contests, the Cardinals are above .500, going 3-2. During this time, the team’s run differential sits at +3. Compared to their season average, the Cardinals come into this game swinging the bats well, averaging 6.4 runs per game. On the season, St. Louis has won more than half of their series, going 20-10-9.

Jake Odorizzi gets the start for the Braves, with an overall record of 4-3. To date, Odorizzi has an ERA of 3.75 while lasting an average of 5.0 innings per appearance. So far, Odorizzi has a batting average allowed of 0.23. This season, Odorizzi has been able to avoid giving up home runs, allowing just 0.75 per 9 innings. This season, he has struck out 19.0 of the batters he has faced. This has led to a per game average of 3.83. Leading into the game, he has shown a strong command of his pitches, averaging just 2.55 walks per contest.

St. Louis will roll with Adam Wainwright (9-9) as their starter. Heading into the game, Wainwright has appeared in 25 contests, posting an ERA of just 3.11. On average, he pitches 6.24 innings per appearance. In his previous outings, right-hander opponents are hitting 0.239 off the right-hander. Opposing batters are hitting for power at a below average rate against Wainwright, as he is allowing just 0.81 per 9 innings. Overall, Adam Wainwright has struckout 20.0% of the batters he has faced. On average, he averages 5.04 K’s per game. Wainwright comes into the game hoping to improve his walk numbers, as he is averaging 2.48 free passes per outing.

For the season, the Atlanta Braves and St. Louis Cardinals will be playing their 7th game of the season. Atlanta has the lead in the series at 4-2. The over-under record in this series sits at 2-4. The average run total in these games is 7.86 runs per game. The averge scoring margin in these meetings is 3.5 runs. Going back to last year, Atlanta won the season series, 6 games to 1. In these 7 meetings, the two teams combined for an over-under record of 4-3. Last year, the Braves and Cardinals averaged 7.86 runs per game. The average scoring differential in this series was 4.71 runs per game.

Heading into Sunday Night’s National League matchup between Atlanta and St. Louis, the Cardinals have the slight edge on the moneyline. Although Adam Wainwright has given up just 3 runs over his last 3 starts, the Cardinals are just 1-2 in those games. I expect St. Louis to provide him with enough runs support tonight to pull out the win.