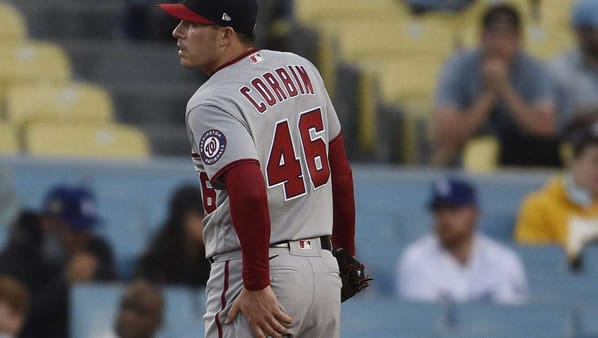 The Washington Nationals host the Milwaukee Brewers on Saturday, June 11th at Nationals Park. The first pitch in this matchup is scheduled for 04:05 ET. The MLB Odds Board places Milwaukee as the favorite (-155), with an OU line set at 8.5.

The Brewers are hoping to get back on track after falling to the Nationals by a score of 11-5. On their way to giving up 11 runs, the Brewers staff allowed 19 hits. On offense, the Brewer’s 7 hits and 5 runs ended up not being enough to pull out the win. Brewers suffered the loss, despite being favored at -175.0. Through 53 games as the favorite, the team has found the win column at a rate of 55%. With the over-under line set at 8.5 runs, the Brewers and Nationals combined to go over this total. Milwaukee now has an over-under record of 29-28-3.

After their 5 most recent games, the Brewers have gone just 0-5. This mark has come on an average run margin of just -24. On offense, Milwaukee’s offense has experienced a dip in production, averaging 2.8 runs per game over their last 5 contests. So far, Milwaukee has won over half of their 20 series played, going 10-7-3.

In their last game, the Washington Nationals picked up a 6-run win over the Brewers by a score of 11-5. In the game, the team’s pitching staff allowed a total of 7 hits, leading to 5 runs. In the victory, the Nationals came up with 19 hits and 11 runs. Despite being the underdogs, getting 160.0 on the moneyline, the Nationals still picked up the win. So far, the team has gone into 50 games as the underdog, still finding the win column at a rate of 34.0%. In terms of the over-under, the Nationals and Brewers combined to surpass the line of 8.5 runs. For the season, the team’s over-under record is 30-27-3.

In their last 5 contests, the Nationals have just 2 wins, going 2-3. During this time, the team has a run differential of -7. In their 5 most recent contests, the team is scoring at a rate of 4.6 similar to their season-long average of 4.13. Washington has a below .500 series record of just 5-13-1.

Milwaukee will roll with Eric Lauer (5-1) as their starter. Currently, Lauer has an ERA of just 2.38 while pitching an average of 5.62 innings per outing. Hits have been hard to come by against the left-hander, as his batting average allowed is just 0.216. Despite a strong batting average allowed, Lauer is prone to giving up home runs, averaging 1.28 homers per 9 innings pitched. In terms of strikeouts, Eric Lauer has a strong strikeout percentage of 28%, including a per game average of 6.5. Throughout the season, Lauer has avoided walking batters, allowing just 2.7 per contest.

Patrick Corbin gets the start for the Nationals, with an overall record of 2-8. To date, Corbin has an ERA of 6.71 while lasting an average of 5.01 innings per appearance. Opposing teams have hit the ball well against the left-hander, with a batting average of 0.318. Opposing batters are hitting for power at a below-average rate against Corbin, as he is allowing just 1.05 per 9 innings. Overall, he is averaging 4.42 per game, on a K rate of 19.0%. For the season, he has struggled with command averaging 3.58 walks per outing.

Today’s matchup between the Milwaukee Brewers and Washington Nationals will be their 5th meeting of the season. Today’s game will be a rubber match for the two teams, as Milwaukee and Washington each have 2 wins. Through 4 games, the series’ over-under record is 2-2, with the average run total sitting at 7.67 runs per game. The averge scoring margin in these meetings is 5.75 runs. Going back to last year, Milwaukee won the season series, 5 games to 1. In these 6 meetings, the two teams combined for an over-under record of 3-3. Last year, the Brewers and Nationals averaged 7.67 runs per game. The average scoring differential in this series was 3.33 runs per game.

In Saturday’s matchup between Milwaukee and Washington, look for the Brewers to break out of their losing streak and pick up a win. Throughout their skid, Milwaukee’s offense has been lackluster at best. However, with a matchup against Patrick Corbin, I expect the Brewers to finally break through for some runs. I like Milwaukee on the runline.