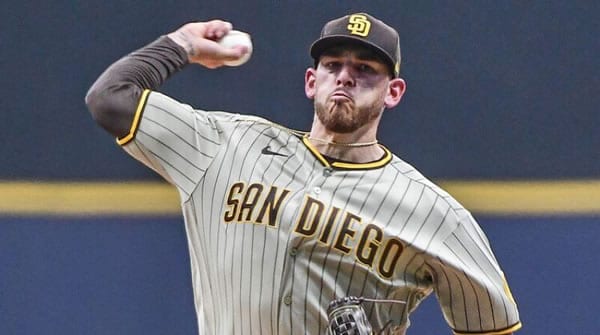 The San Diego Padres host the Colorado Rockies on Thursday, August 4th at Petco Park. The first pitch in this matchup is scheduled for 04:10 ET. The MLB Odds Board places San Diego as the favorite (-290), with an OU line set at 7.5.

The Rockies are hoping to get back on track after falling to the Padres, by a score of 9-1. Colorado’s pitching staff finished the game by allowing 10 hits, leading to 9 runs. The Rockies ended the game with just 1 run on 6 hits. Colorado’s loss came as the underdog, getting 240.0 on the moneyline. This game went over the posted over-under line of 8.5 runs. On the season, Colorado’s over-under record is 50-51-6.

After their 5 most recent games, the Rockies have gone just 0-5. This mark has come on an average run margin of just -24. Colorado’s offense is in the middle of a cold streak, as their offensive production has dipped to just 2.4 runs per game over their last 5 contests. Colorado’s overall series record is just 14-16-3.

In their last game, the San Diego Padres picked up an 8 run win over the Rockies by a score of 9-1. For the game, the pitching staff held the Rockies to 1 run on 6 hits. In the victory, the Padres came up with 10 hits and 9 runs. San Diego picked up the win while being favored at -300.0. So far, the team has won 56.9% of the games in which they were favored. The Padres and Rockies went over the run total line set at 8.5 runs. On the season, the team has an over-under record of just 49-55-3.

Over their last 5 games, the Padres have not lost a game, going 5-0. During this time, the team’s run differential sits at +21. The Padres’ offense has elevated their play over their last 5 games, averaging 6.4 runs per game, compared to their season average of 4.47. On the season, San Diego has won more than half of their series, going 17-11-5.

Colorado will roll with Kyle Freeland (6-7) as their starter. So far, Freeland has put together an ERA of 4.63. In his appearances leading up to today, he has lasted an average of 5.71 innings. Teams have been able to rack up runs against him, as he has a batting average allowed of 0.271. Opposing batters are hitting for power at a below-average rate against Freeland, as he is allowing just 1.02 per 9 innings. Per game, Kyle Freeland is averaging 4.1, on a strikeout percentage of 17.0%. In his previous outings, walks have been an issue, as Freeland is averaging 2.59 free passes per outing.

San Diego will roll with Joe Musgrove (8-4) as their starter. Currently, Musgrove has a strong ERA of just 2.65 while pitching an average of 6.39 innings per outing. So far, batters are hitting just 0.207 against him. Musgrove is allowing home runs at a rate of 0.86 per 9 innings. On the season, Joe Musgrove has had no problem racking up strikeouts, posting a strikeout percentage of 25.0%. This has led to an average of 6.33 K’s per game. Musgrove comes into the game hoping to improve his walk numbers, as he is averaging 2.11 free passes per outing.

Today’s matchup between the Colorado Rockies and San Diego Padres will be their 16th meeting of the season. So far, Colorado is leading the season series, 8-7. Through 15 games, the series’ over-under record is 7-8, with the average run total sitting at 7.68 runs per game. In these matchups, the average scoring differential sits at 3.87 runs. Last season, Colorado picked up the series win, 11 games to 8. In these 19 meetings, the two teams combined for an over-under record of 7-12. Last year, the Rockies and Padres averaged 7.68 runs per game. The average scoring differential in this series was 3.05 runs per game.

Heading into Thursday’s National League West showdown between Colorado and San Diego, the Padres are the heavy favorite to pick up the win. San Diego is riding high after cruising to a victory in last night’s game, helped by their newest additions Juan Soto and Josh Bell. Look for Joe Musgrove to put together a quality outing on the team’s way to a win.