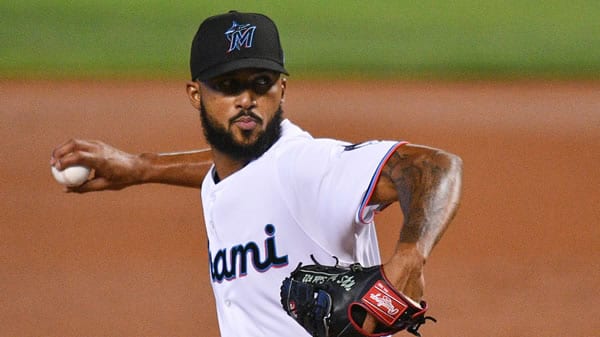 The Miami Marlins host the Los Angeles Dodgers on Saturday August 27th at LoanDepot park. The first pitch in this matchup is scheduled for 06:10 ET. The MLB Odds Board places Los Angeles as the favorite (-175), with an OU line set at 7.0.

In Los Angeles’s last game vs Miami, the Dodgers came away with a 10-6 win. The Marlins came up with 8 hits leading to 6 runs against Los Angeles’s pitchers. The Dodgers benefited from an offense that generated 12 runs on 16 hits. Heading into their last game, Los Angeles was the betting favorite at -286.0. So far, the team has been the favorite in 121 of their games, winning at a rate of 71.0%. With the over-under line set at 7.5 runs, the Dodgers and Marlins combined to go over this total. On the season, Los Angeles’s over-under record is 51-62-10.

In the Dodgers’ last 5 games, they are above .500, going 4-1. During this time, they have an average scoring differential of +22. A key to their recent success has been an offense averaging 8.4 runs per game, compared to their season average of 5.40. So far, Los Angeles has won over half of their 39 series played, going 28-9-2.

The Marlins will look to bounce back from a tight 10-6 loss to the Dodgers. In the game, the team’s pitching staff allowed a total of 16 hits, leading to 3 runs. With their 8 hits, the Marlins could only plate 2 runners. This loss came as no surprise, as Miami came into the game as the underdog, getting 240.0. In their 65 games as the underdog, their straight-up win percentage sits at 28.99%. With this result, the Marlins and Dodgers combined to fall below the over-under line of 7.5 runs. Now, Miami had an over-under record of 52-65-7.

The Marlins come into today’s game looking to turn things around, as they are just 2-3 over their last 5 games. This recent slump is backed by a scoring margin of -7 over their last 5 games. In their 5 most recent contests, the team is scoring at a rate of 3.8, similar to their season long average of 3.66. Miami has a below .500 series record of just 12-23-5.

The Los Angeles Dodgers will send Dustin May to the mound with an overall record of 1-0. In his only appearance, May went 5 innings without giving up a run. Up to this point, May has a strikeout percentage of just 50.0%, while racking up 9 against Miami.

The Miami Marlins will send Sandy Alcantara to the mound with an overall record of 11-6. Through 25 appearances, Alcantara has an ERA of just 2.19 while averaging 7.05 innings per appearance. Overall, opponents have a batting average of just .206 against the right-hander. This year Alcantara is allowing just 0.46 home runs per 9 innings pitched. Per game, Sandy Alcantara is averaging 6.28, on a strikeout percentage of 23.0%. Command has been a problem for Alcantara, as he is giving up 2.24 walks per outing.

Today’s matchup between the Los Angeles Dodgers and Miami Marlins will be their 4th meeting of the season. So far, Los Angeles is leading the season series, 3-0. The over-under record in this series sits at 1-2. The average run total in these games is 8.71 runs per game. In these matchups, the average scoring differential sits at 5.0 runs. Miami won last year’s head-to-head series, grabbing 4 wins to 3. In these 7 meetings, the two teams combined for an over-under record of 3-3. Last year, the Dodgers and Marlins averaged 8.71 runs per game. The average scoring differential in this series was 3.0 runs per game.

Heading into Saturday night’s matchup between Los Angeles and Miami, the Dodgers are the strong favorite to pick up another win over the Marlins. Although Sandy Alcantara has been excellent for Miami, he struggled against the Dodgers in his last outing. Look for this trend to continue as Los Angeles goes on to cover the runline.

Free MLB Pick: Dodgers Runline. Note: Many new sportsbooks are dealing 20 cent lines. This essentially means that you’re overpaying for odds. Why pay premium prices when you can pay Walmart style pricing instead? It makes no sense! Start betting at a sportsbook that offers MLB dimelines!