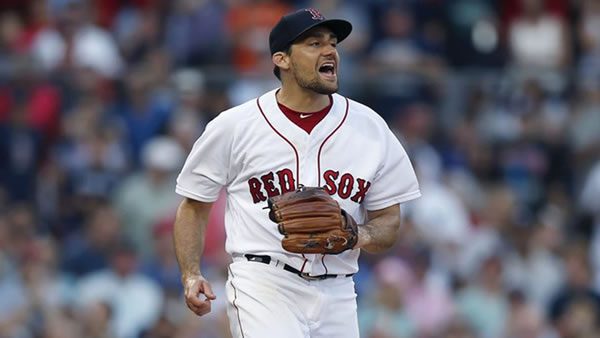 The Boston Red Sox host the Cleveland Guardians on Wednesday, July 27th at Fenway Park. The first pitch in this matchup is scheduled for 07:10 ET. The MLB Odds Board places Boston as the favorite (-130), with an OU line set at 9.0.

The Cleveland Guardians are coming off a 5 run win over the Red Sox by a score of 8-3. For the game, Cleveland’s pitching staff allowed 10 runs on 7 hits. The Guardians benefited from an offense that generated 8 runs on 12 hits. Cleveland picked up the win, despite getting 185.0 on the moneyline. This game went over the posted over-under line of 9.0 runs. On the season, Cleveland’s over-under record is 46-48-4.

The Guardians will be hoping to pick up a win in today’s matchup, as they have gone just 2-3 over their last 5 games. In this rough stretch of games, the team’s run differential comes in at -3. However, the team’s offense isn’t to blame, as they are averaging 5.6 runs per game (last 5) compared to their season average of 4.57. So far, Cleveland has won over half of their 31 series played, going 13-11-7.

Boston will be looking to move on from a tough loss to the Guardians by the score of 8-3. For the game, the pitching staff held the Guardians to 3 runs on 12 hits. The Red Sox offense ended the game with just 3 runs on 7 hits. Leading into the game, Boston was the betting favorite at -225.0. So far, the team has won 59.0% of the games in which they were favored. The Red Sox and Guardians went over the run total line set at 9.0 runs. Overall, the team has gone over the betting line in over half of their games, going 53-43-1.

The Cleveland Guardians will send Cal Quantrill to the mound with an overall record of 7-5. To date, Quantrill has an ERA of 3.75 while lasting an average of 5.84 innings per appearance. Compared to other starters, the right-hander has a high BA allowed, currently sitting at 0.267. So far, Quantrill has managed to keep the ball in the ballpark, allowing just 1.03 home runs per 9 innings. Per game, Cal Quantrill is averaging 3.72, on a strikeout percentage of 15.0%. In his previous outings, walks have been an issue, as Quantrill is averaging 2.64 free passes per outing.

Boston will roll with Nathan Eovaldi (4-3) as their starter. Eovaldi gets the start with an ERA of 4.3. On average, he has lasted 5.36 innings per appearance. Opposing teams have hit the ball well against the right-hander, with a batting average of 0.263. Opposing batters have been able to drive the ball with power against Eovaldi, averaging 2.16 homers per 9 innings pitched. On the season, Nathan Eovaldi has had no problem racking up strikeouts, posting a strikeout percentage of 25.0%. This has led to an average of 5.64 K’s per game. Leading into the game, he has shown a strong command of his pitches, averaging just 1.67 walks per contest.

For the season, the Cleveland Guardians and Boston Red Sox will be playing their 6th game of the season. Boston holds the edge in the series at 4-1. The over-under record in this series sits at 2-2. The average run total in these games is 10.5 runs per game. In these matchups, the average scoring differential sits at 3.4 runs. Dating back to last season, Boston picked up 4 wins compared to 2, taking the season series. In these 6 meetings, the two teams combined for an over-under record of 3-3. Last year, the Guardians and Red Sox averaged 10.5 runs per game. The average scoring differential in this series was 2.5 runs per game.

Heading into Wednesday’s American League matchup between Cleveland and Boston, the Red Sox are the favorite to pick up the win. Even though Nathan Eovaldi got rocked in his last outing, I see him coming through with a quality start vs an up-and-down Guardians lineup. I recommend taking Boston on the moneyline.