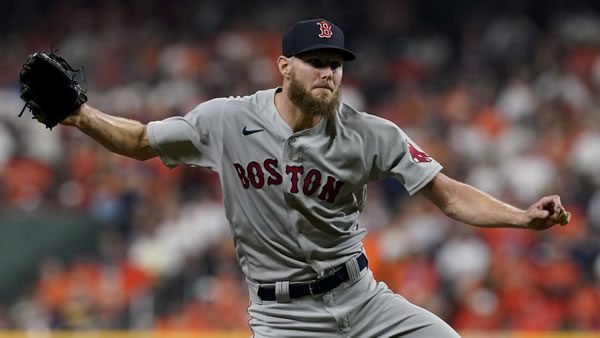 The biggest question going into Game 5 is whether the Red Sox allows the ninth inning to beat them twice. Boston was one strike away from going to the bottom of the ninth with a chance to put the Astros on the mat, but they instead allowed Houston to erupt for a seven-run rally that turned this into a series again.

Losing the way the Red Sox did sometimes has the effect of a team allowing the loss to linger into the next game and make getting a victory a Herculean task. This is a situation where Boston needs to forget about how Tuesday night ended and focus simply on getting back to Houston with a 3-2 lead in the series. Shocking as the ninth inning was, it didn’t really change much of anything in the long run as long as the Red Sox can bounce back Wednesday night. The real question is whether they can actually do that.

Framber Valdez will also be looking for a short memory in this one, as he’s got to try to forget about lasting just 2.2 innings in his first start of the series against Boston. The Astros got away with that one, winning the game 5-4, but another short start by Valdez would be a serious problem because this bullpen is seriously overworked. Houston is simply going to run out of pitchers who can do the job if it doesn’t get more than three innings out of its starters, which has yet to happen in this series.

The one plus that we’ve seen from the Astros’ quick hooks is that it’s made betting the totals rather easy in this series, as the number has hit in all four games in the ALCS. It looked like it wasn’t going to work on Tuesday, but Houston eventually came up big with the bats in the ninth inning to grab the win and steal the total bet. With both teams putting a lot of pressure on their arms, the numbers are likely to keep climbing throughout this series unless someone gets a good showing from a starter.

A good showing from the starter didn’t happen with Chris Sale either, as the Red Sox’s starter in Game 1 also made it just 2.2 innings before giving way. The Red Sox haven’t been quite as quick to remove their starter as the Astros have, but they also haven’t been pushing their starter to go any longer than necessary, as both teams seem to recognize just how important each game will be in this series.

Given that Sale hasn’t made it out of the third inning in any of his postseason starts and has an ugly history in the postseason, backing the first five over might be a good way to play this. The Red Sox have been hitting very well in the first three innings especially, so expecting a short night for these two starters could be a great play.

This should be an ideal night for baseball, with temperatures at 68 degrees and wind blowing out toward the short right-field wall at just five miles per hour.

With neither pitcher showing their best form right now, this is the time to jump on the over and ride the train until it crashes. Riding the first-five Over is also a smart play, as both starters have shown nothing close to their best in this series.

The Astros are riding the high of Tuesday night, and I think that can carry them to a win here. Give me Houston. Question: Where are you betting your MLB games? Does your bookie offer you MLB dimelines? If not, you should dump them IMMEDIATELY! There’s NO reason to risk more or get paid less!