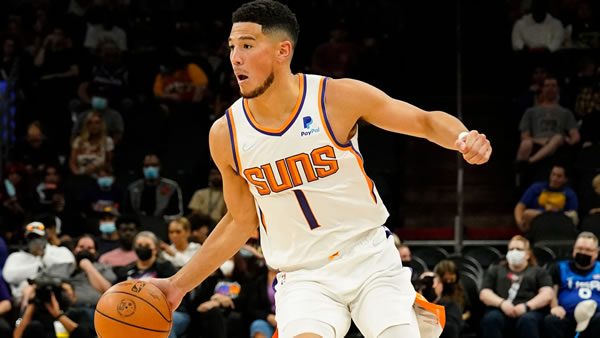 The Denver Nuggets are coming off a 47-25 season in which they finished third in the Western Conference. Their season ultimately ended with a second-round defeat to the Phoenix Suns.

In the season-ending series, the Nuggets could never make it competitive. The loss of injured shooting guard Jamal Murray was too much to overcome, leading to a series sweep.

This season, Denver must figure out a way to play without Murray as there is no timetable on his return from a torn ACL.

Luckily for Nuggets fans, all is not lost as the team still has last year’s MVP Nikola Jokic. In his MVP campaign, the big man put up 26.4 points, 10.8 rebounds, and 8.3 assists per game.

Without Murray, it is expected that Denver’s offense will continue to work through Jokic. Despite not playing a traditional playmaking position, the Nuggets center creates mismatches with his unique combination of size and skill.

The team’s hope for this year is that Jokic can elevate the performances of those around him. Players such as Aaron Gordon and Michael Porter Jr. are expected to have significant roles on a team without a true sidekick.

The roster’s most intriguing figure is Bol Bol. His blend of length and playmaking ability has had NBA fans intrigued from the start. However, heading into his third season, it is time he makes the jump from being a summer league superstar to a productive player at the NBA level.

Last season, the Phoenix Suns exceeded everyone’s expectations as they went from the darling of the play-in tournament to Western Conference Champions.

Everyone knew the addition of Chris Paul would help out a young Suns roster. However, few expected the veteran point guard to elevate the team’s play to an NBA Finals appearance

This offseason, the Phoenix front office opted to keep the roster mostly intact. The additions of Elfrid Payton and Landry Shamet provide depth at the guard position. Possibly allowing Paul to limit his minutes during the regular season.

If this group makes a return to the NBA Finals, it will be on the back of Devin Booker and Deandre Ayton. Moving forward, these two look like they will be one of the best guard-center combinations in the league.

Slow And Steady Win The Race

Although this game features two of the NBA’s slowest-paced teams. I don’t foresee a lack of scoring, despite the fact that the Nuggets and Suns rank 26th and 27th in pace, respectively. Both units are extremely efficient in racking up points.

The Suns finished the season 3rd in the NBA in offensive efficiency, while the Nuggets were just a few steps behind at 7th. This presents more of a problem for Denver, who won just 42% of their games against top offensive units. However, many of these contests were highly contested and could easily have gone in favor of the Nuggets.

Phoenix fared much better against the league’s best offenses, winning 67% of their games. But, when digging deeper, their average margin of victory was just two points, making the Suns a candidate from regression.

Last season, the calling card of the Phoenix Suns was their outstanding team defense. I don’t expect this to affect Denver in tonight’s game as they scored 10 points above average vs. top defensive units. Their average margin of victory was 5 points on the way to winning 65% of these games.

The Denver Nuggets profile as just an average defensive team. When facing such groups, it appears the Suns tend to play down to their competition, winning just 59% of their games. This is well below their overall season win percentage of 70%.

Last season, the Nuggets and Suns met up for three games, with Denver taking the series 2-1. All three games were highly competitive as they were decided by just 3, 4, and 8 points, respectively.

In these games, the Nuggets found success offensively against a normally stout Suns defense. For the year, Phoenix allowed just 109 points per game. Against Denver, this number jumped to 117, including one game in which they allowed 130.

It is worth noting that all three of these games came when Jamal Murray was still healthy.

How the Public is Betting the Nuggets vs. Suns

58% are betting the Nuggets against the spread.

My Pick to Cover the Spread

In tonight’s matchup in the desert, I will be taking the Nuggets to cover the +6 point spread. These two teams tend to play highly contested games that go down to the wire. Even without Jamal Murray, I don’t expect the Nuggets to struggle offensively. My model shows this game ending with a 113-112 Suns win.

My favorite prop bet of the night is to take Nikola Jokic over his line of 26.5 points. Last year, the big man was extremely consistent. When filtering out games he played below his minute load, Jokic averaged 32 points on the road.

For the Suns, I will be targeting Deandre Ayton to go over his line 15.5 points. Entering his 4th season in the NBA, I expect Ayton to take another big step forward. This should start tonight as the Phoenix center has the potential for +20 point performance. Kick your basketball season off right by boosting your bankroll with a 100% REAL CASH bonus on your first deposit of $100 to $300 at MyBookie Sportsbook! (Must use bonus code PREDICT100 when registering for an account!)