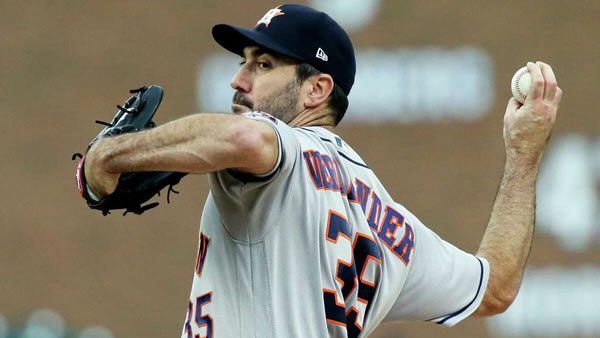 The Houston Astros host the Seattle Mariners on Friday July 29th, at Minute Maid Park. The first pitch in this matchup is scheduled for 08:10 ET. The MLB Odds Board places Houston as the favorite (-175), with an OU line set at 7.5.

In Seattle’s last game, they fell to the Astros by a score of 4-2. On their way to giving up 4 runs, the Mariners staff allowed 6 hits. With their 5 hits, the Mariners could only muster 2 runs. Seattle’s loss came as the underdog, getting 125.0 on the moneyline. This matchup remained below the over-under line set at 8.5 runs. This outcome pushed Seattle’s over-under record further below .500 at 46-52-2.

The Mariners come into this game with a 3-2 record over their last 5 contests. Even with this record, in these games, their scoring differential is just -1. Overall, Seattle is averaging 4.08 runs per game. Over their last 5 contests, they have been producing at a similar rate, at 4.08. So far, Seattle has won over half of their 32 series played, going 17-14-1.

In their last game, Houston took down the Mariners by a score of 4-2. In the win, the pitching staff allowed just 2 runs on 5 hits. With their 6 hits, the Astros could only muster 4 runs. Houston picked up the win while being favored at -135.0. So far, the team has won 68.0% of the games in which they were favored. With this result, the Astros and Mariners combined to fall below the over-under line of 8.5 runs. This result comes as no surprise, as the team’s over-under record is just 36-61-3.

The Astros come into today’s game looking to turn things around, as they are just 2-3 over their last 5 games. During this time, the team has a run differential of -1. In their 5 most recent contests, the team is scoring at a rate of 4.4 runs per game, similar to their season long average of 4.43. On the season, Houston has won more than half of their series, going 22-10-2.

Robbie Ray gets the start for the Mariners, with an overall record of 8-7. To date, Ray has an ERA of 3.9 while lasting an average of 6.0 innings per appearance. Across his previous outings, opponents are batting 0.225 against Ray. Opponents have been able to hit for power against Ray, as he has an HR/9 figure of 1.5. In terms of strikeouts, Robbie Ray has a strong strikeout percentage of 28%, including a per game average of 6.8. Command has been a problem for Ray, as he is giving up 2.85 walks per outing.

Houston will roll with Justin Verlander (13-3) as their starter. In his previous outings, Verlander has lasted an average of 6.45 innings, putting together an ERA of just 1.86. Overall, opponents have a batting average of just 0.192 against the right-hander. Verlander is giving up home runs a rate similar to the league average, allowing 0.93 per 9 innings. In terms of strikeouts, Justin Verlander has a strong K% of 26.0%, including a per-game average of 6.5. Verlander comes into the game hoping to improve his walk numbers, as he is averaging 1.62 free passes per outing.

For the season, the Seattle Mariners and Houston Astros will be playing their 17th game of the season. Currently, Houston is winning the season series 10-6. Through 16 games, the series over-under record is 6-10, with the average run total sitting at 9.37 runs per game. The averge scoring margin in these meetings is 3.88 runs. Houston won last year’s head-to-head series, grabbing 11 wins to 8. In these 19 meetings, the two teams combined for an over-under record of 11-7. Last year, the Mariners and Astros averaged 9.37 runs per game. On average, the winning team won by a margin of 3.79 runs per contest.

Heading into Friday night’s American League showdown between Seattle and Houston, the Astros are the favorite to come away with a win. In what should be a fun battle between Robbie Ray and Justin Verlander, I expect Houston to come out on top. In his last outing vs the Astros, Ray gave up 6 runs in just 3 innings. Although I see him faring better this time around, I don’t expect much for run support vs Verlander. I like Houston to cover the runline.

Free MLB Pick: Astros -1.5 Runline. Bet your Mariners vs. Astros prediction for FREE by taking advantage of a 100% real cash bonus when you use bonus code PREDICT100 at MyBookie Sportsbook! Football is coming! Your bankroll can use the boost!