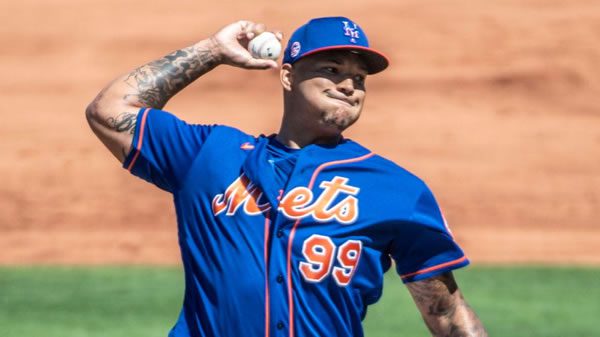 The New York Mets are coming off an 8 run win over the Cubs by a score of 8-0. Overall, the team’s pitching staff limited the Cubs to 0 runs on 8 hits. The Mets lineup had a good night at the plate, coming up with 12 hits, leading to 8 runs. In the matchup, New York was favored at -135.0 on the moneyline. So far, the team has been the favorite in 66 of their games, winning at a rate of 68.0%. Together, the Mets and Cubs combined to surpass the over-under betting line set at 7.5 runs. So far New York has an above .500 over-under record of 46-37-7.

In the Mets’ last 5 games, they are above .500, going 3-2. During this time, they have an average scoring differential of +10. New York has put together this record, despite averaging just 4.0 runs per game, compared to their season average of 4.77. So far, New York has won over half of their 29 series played, going 21-5-3.

Chicago will look to move on from an 8 run loss to the Mets, falling by the score of 8-0. Chicago’s pitching staff gave up 12 hits, leading to 8 runs for the Mets. With their 8 hits, the Cubs could not muster a run. Leading into Chicago’s loss, they were the underdogs, getting 115.0 on the moneyline. So far, the team has gone into 59 games as the underdog, still finding the win column at a rate of 37.0%. In terms of the over-under, the Cubs and Mets combined to surpass the line of 7.5 runs. Now, the team’s over-under record is back to .500 (42-42-5).

Taijuan Walker gets the start for the Mets, with an overall record of 7-2. In his previous outings, Walker has lasted an average of 5.68 innings, putting together an ERA of just 2.63. So far, batters are hitting just 0.225 against him. In addition, to his strong BA allowed, he has been able to limit power, allowing just 0.42 home runs allowed per 9 innings. Per game, Taijuan Walker is averaging 4.53, on a strikeout percentage of 20.0%. Command has been a problem for Walker, as he is giving up 2.42 walks per outing.

In today’s game, Chicago turns to starter Marcus Stroman. For the year, he has a record of 2-5. Stroman gets the start with an ERA of 4.91. On average, he has lasted 5.11 innings per appearance. So far, Stroman has a batting average allowed of 0.242. Opposing batters have been able to drive the ball with power against Stroman, averaging 1.41 homers per 9 innings pitched. Stroman has accumulated a strikeout percentage of 23.0% and a per game average of 4.8. Throughout the season, Stroman has avoided walking batters, allowing just 2.28 per contest.

For the season, the New York Mets and Chicago Cubs will be playing their 2nd game of the season. So far, New York is leading the season series, 1-0. Through 1 game, the series’ over-under record is 1-0, with the average run total sitting at 7.71 runs per game. The averge scoring margin in these meetings is 8.0 runs. Chicago won last year’s head-to-head series, grabbing 4 wins to 3. The over-under record in last year’s matchups was 2-5, with the average run total being 7.71 runs per game. On average, the winning team won by a margin of 3.43 runs per contest.

More Picks: Get our Philadelphia at Miami free pick 7/15/22

Heading into Friday’s matchup between New York and Chicago, the Mets are the slight favorite to pick up the win. However, I see New York on the moneyline as a great value, as I see the Cubs struggling against Taijuan Walker. On the other side, look for the Mets to get after Marcus Stroman early. I recommend taking the Mets to come away with the win.

Free MLB Pick: Mets Moneyline. Bet your Mets/Cubs prediction and ALL your baseball bets for FREE this week by taking advantage of a 100% real cash bonus when you use bonus code PREDICTEM at Betnow Sportsbook!