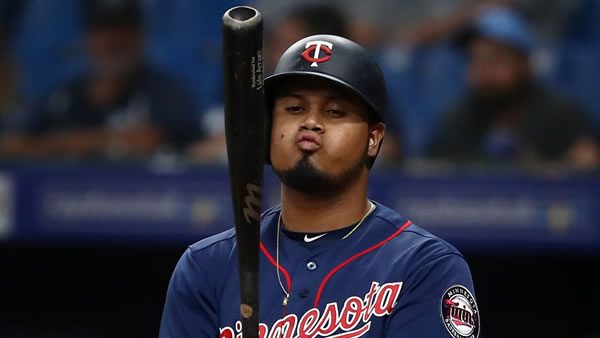 The Chicago White Sox host the Minnesota Twins on Wednesday, July 6th at Guaranteed Rate Field. The first pitch in this matchup is scheduled for 02:10 ET. The MLB Odds Board places Chicago as the favorite (-110), with an OU line set at 8.5.

The Minnesota Twins will look to pick up another big win after they defeated the White Sox by a score of 8-2. On their way to the victory, the pitching staff gave up 2 runs on 10 hits. The Twins lineup had a good night at the plate, coming up with 12 hits, leading to 8 runs. This victory came despite being the betting underdog, getting 115.0 on the moneyline. With the over-under line set at 9.0 runs, the Twins and White Sox combined to go over this total. The Twins now have an over-under record of 37-41-6.

In the Twins’ last 5 games, they are above .500, going 4-1. During this time, they have an average scoring differential of +9. Overall, Minnesota is averaging 4.50 runs per game. Over their last 5 contests, they have been producing at a similar rate, at 4.50. So far, Minnesota has won over half of their 26 series played, going 14-8-4.

Chicago is coming off a 6 run loss to the Twins. Dropping the game 8-2. Chicago’s pitching staff gave up 12 hits, leading to 8 runs for the Twins. With their 10 hits, the White Sox could only plate 2 runners. Chicago dropped the game despite being favored at -135.0. For the season, the team has been favored in 45 games, winning at a rate of 53.0%. The White Sox and Twins went over the run total line set at 9.0 runs. For the season, the team’s over-under record is 38-37-4.

In their last 5 games, the White Sox have put together a record of 3-2. During this time, the team’s run differential sits at +3. Chicago has benefited from strong pitching, as their offense has slipped in their last 5 games, averaging just 4.8 runs per game. Their overall average sits at 4.22. Chicago has a below .500 series record of just 11-12-3.

Minnesota will roll with Joe Ryan (6-3) as their starter. In his previous outings, Ryan has lasted an average of 5.5 innings, putting together an ERA of just 3.0. Hits have been hard to come by against the right-hander, as his batting average allowed is just 0.208. Ryan is giving up home runs a rate similar to the league average, allowing 0.95 per 9 innings. Per game, Joe Ryan is averaging 5.0, on a strikeout percentage of 22.0%. Throughout the season, Ryan has avoided walking batters, allowing just 2.45 per contest.

In today’s game, Chicago turns to starter Lance Lynn. For the year, he has a record of 1-1. Lynn gets the start with an ERA of 4.5. On average, he has lasted 5.5 innings per appearance. Teams have been able to rack up runs against him, as he has a batting average allowed of 0.261. Opposing batters have been able to drive the ball with power against Lynn, averaging 1.23 homers per 9 innings pitched. Lynn is in the bottom half of the league in strikeouts, averaging just 5.5 K’s per game. This includes a strikeout percentage of 23.0%. Lynn has done a good job at limiting walks, averaging just 2.05 per contest.

Today’s matchup between the Minnesota Twins and Chicago White Sox will be their 6th meeting of the season. Minnesota has the lead in the series at 5-0. The over-under record in this series sits at 3-1. The average run total in these games is 10.21 runs per game. The averge scoring margin in these meetings is 3.8 runs. Dating back to last season, Chicago picked up 13 wins compared to 6, taking the season series. In these 19 meetings, the two teams combined for an over-under record of 11-7. Last year, the Twins and White Sox averaged 10.21 runs per game. On average, the winning team won by a margin of 4.0 runs per contest.

More PicksGet our Mets vs. Reds betting forecast for their 7/6/22 game >>>

Heading into Wednesday’s AL Central matchup between Minnesota and Chicago, the oddsmakers have this game as a pick’em. However, I give the edge to the Twins, as Joe Ryan should continue his strong season against an inconsistent White Sox lineup. Look for Chicago to struggle against Ryan and his WHIP of just 1.05. I like Minnesota on the moneyline.

Free MLB Pick: Twins Moneyline. Bet your Twins vs. White Sox pick and ALL your baseball wagers for FREE this week by taking advantage of a 100% real cash bonus on your first deposit of $100 to $500 at Betnow Sportsbook when you use bonus code PREDICTEM during the registration process!