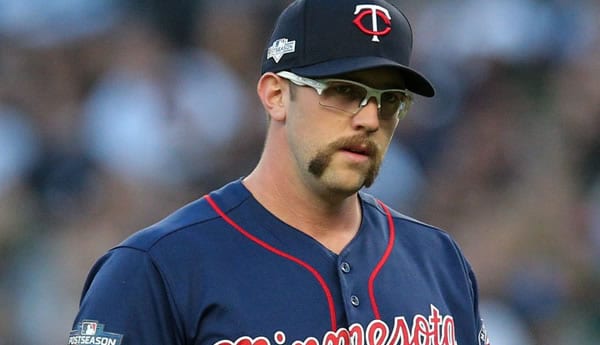 In this series, Minnesota’s Jake Odorizzi paid for his familiarity with the Royals by taking a 7-2 loss on Friday. Kansas City was seeing the Minnesota hurler for the third time this season. This time, Odorizzi didn’t make it to the fourth inning, as the Royals pounded him for five earned runs, knocking him out of the game and sending him to the injured list with a back injury.

Now it’s Brady Singer’s turn to try to overcome his familiarity with the Twins. Unlike Odorizzi, who was injured to start the year and has faced nobody but the Royals in 2020, Singer has pitched against other opponents and been reasonably successful against each. But he’s now facing Minnesota for the third consecutive start, and he’ll be trying to reverse his walk and strikeout numbers from the previous start. For the most part, Singer has been remarkably consistent, always making it through the fifth inning and only once giving up more than three runs. But in the second start against the Twins, Singer had some problems with his control, allowing four walks to Minnesota.

That can’t repeat itself, because the Twins’ hitting is too good for Singer to get away with that. If his control isn’t sharp, he’s going to suffer the same fate as Odorizzi.

Of course, given how many matchups there have been between these teams, Randy Dobnak faces a similar situation. Much like Singer, he’s been very consistent this year, making it through five innings in four of his five starts. Like Singer, he’s facing Kansas City in consecutive starts, as this will be his second straight start against the Royals.

But for Dobnak, the key will be keeping the ball in the park, as he’s not the kind of pitcher who misses bats very often. So far, he’s had no more than four strikeouts in a game, and that came against the punchless Indians. Otherwise, Dobnak excels by pitching to contact and letting the Twins’ defense go to work. Against the Royals, he allowed just three hits through 5.1 innings as Minnesota scored a 4-2 win. The only problem was that two of the three hits made it to the bleachers of Target Field, accounting for both Kansas City runs. This team has already had some success against Dobnak, and Kauffman Stadium is generally considered less pitcher-friendly than Target Field, which could spell trouble.

The under could be ripe in this one. In eight meetings between these teams, the final score has been 4-1, 3-2 or 4-2 on six out of eight occasions, creating a final total that’s well under the projected total of 9.5. Only once have these teams combined to score nine runs, which came in their second matchup of the season, a 9-6 win for Kansas City.

It’s worth noting that of the two out of eight higher-scoring matchups between the teams, both came at Kauffman Stadium. Bur Kauffman hasn’t been completely a hitter’s paradise in this series: the other two meetings saw a 3-2 and a 4-2 win for Kansas City. Given that history, you might want to jump on the under for the first five innings, which sits at 5.5.

It’s going to be a warm evening in Kansas City, with temperatures projected to be 90 degrees. The wind is blowing out to left-center at 7 miles an hour, which could threaten the under bets.

It’s hard to go against Kansas City at home in this series. For whatever reason, the Twins just aren’t themselves when they play at Kauffman Stadium. But Dobnak is having a great season so far, and I trust him more than I do Brady Singer at this point, so I don’t want to go against the Twins winning the game here.

For me personally, I’d feel much safer taking the Royals at +1.5 and banking on the Twins to eke out a one-run victory. You’ll pay a lot less juice for doing so, as the Royals are -106 at +1.5 compared to the Twins at -156 just to win the game. I’ll take Minnesota to win the game, but I’ll personally be playing the under as my best bet, with the Royals on the run line.