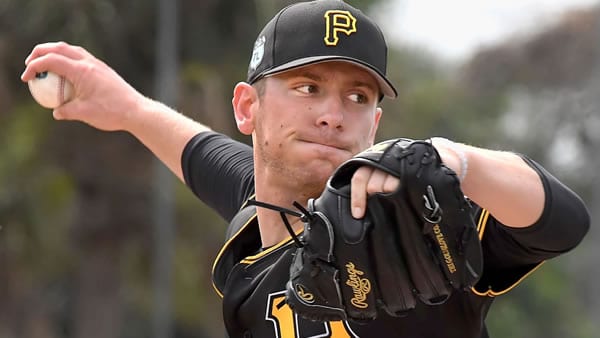 St. Louis starter Carlos Martinez should also be pretty happy to see Pittsburgh because he turned in his best outing of the year the last time he faced the Pirates. Martinez only has one start in which he hasn’t allowed any runs in 2021, and it came on May 2 in Pittsburgh.

What Happened to the Bats?

St. Louis’ hitting has become a disaster in recent weeks, as the Cardinals have dropped into the bottom five in runs, batting average, and on-base percentage. Over their past ten games, the Cardinals have managed just 21 runs and gotten shut out on three occasions. To make matters worse, nine of those runs came in one game, dropping the total to 12 runs in nine games if that one outburst is excluded.

It’s also not like the Cardinals have simply been running into great pitching. Of the three shutouts, the only one against a pitcher with an ERA under four was against Charlie Morton. Drew Smyly and Zach Davies haven’t exactly been known for having great outings in 2021, but against the Cardinals, both were able to put nothing but zeros on the board. Thanks to the lack of offense, the Cardinals have become a solid under bet for the most part: seven of 10 have cashed on the under.

So what’s been going on lately? Well, it certainly hasn’t hurt that Adam Frazier and Bryan Reynolds have their batting averages above the .300 mark. Still, the Pirates’ problem is that nobody in the lineup is really a threat to get an extra-base hit other than those two. Nobody but Reynolds is really a home run threat. If you’re not going to hit the ball deep, you’ve got to be at least able to manufacture runs, and Pittsburgh really hasn’t been finding ways to get that done this season. Building on the momentum from facing the Indians and White Sox will be crucial, especially given how poor Pittsburgh was against the AL last year. The Pirates went just 3-17 against the American League last season, so any success should help with confidence.

Anyone aiming for the left-field corner should have some success here, as winds of 13 miles per hour blowing south will push the ball in that direction. It’s going to be a hot, humid day in St. Louis, with temperatures hitting 87 degrees.

If the Cardinals can’t get it done here, then they’ve got more significant problems than they’ve even shown to this point in the season. St. Louis has been a mess for a month now, but there’s no bigger mess east of Arizona than the Pirates, and the Cardinals have historically done very well when hosting them. This should be where the slump ends, so I’ll take the Cardinals here.