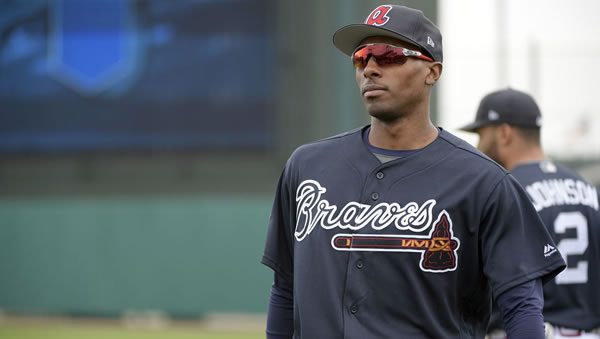 Money Line: Padres +108 / Braves -130 (Get better lines >>> It pays to shop for the best lines, prices and odds and has a lot to do with whether you’re a winner or a losing bettor!)

The Atlanta Braves host the San Diego Padres on Saturday, May 14th at Truist Park. The first pitch in this matchup is scheduled for 04:05 ET. The MLB Odds Board places Atlanta as the favorite (-130), with an OU line set at 8.0.

The San Diego Padres will look to pick up another big win after they defeated Atlanta by a score of 11-6. The Atlanta came up with 12 hits leading to 12 runs against San Diego’s pitchers. The Padres lineup had a good night at the plate, coming up 16 hits, leading to 11 runs. San Diego picked up the win, despite getting 135.0 on the moneyline. Together, the Padres and Atlanta combined to surpass the over-under betting line set at 7.0 runs. Even with this game going over the total, San Diego still has an over-under record of just 16-17-0.

The Padres are looking to continue adding wins, as they are 3-2 over their last 5 games. Despite their recent success, their last 5 run margin comes in at -1. Overall, San Diego is averaging 4.48 runs per game. Over their last 5 contests, they have been producing at a similar rate, at 4.48. So far, San Diego has won over half of their 11 series played, going 6-3-2.

Atlanta will look to move on from a 5 runs loss to Padres, falling by the score of 11-6. On their way to giving up 11 runs, the Braves staff allowed 16 hits. Offensively, they finished with 6 runs on 12 hits. Atlanta dropped the game despite being favored at -150.0. For the season, the team has been favored in 28 games, winning at a rate of 46.0%. The Braves and Padres went over the run total line set at 7.0 runs. Overall, the team has gone over the betting line in over half of their games, going 18-13-2.

In their last 5 games, the Braves have put together a record of 3-2. They have managed to pick up these wins despite having an even run differential of their last 5 games (0). Compared to their season average, the Braves come into this game swinging the bats well, averaging 5.4 runs per game. Atlanta has a below .500 series record of just 2-5-4.

Sean Manaea gets the start for the Padres, with an overall record of 2-3. To date, Manaea has an ERA of 3.75 while lasting an average of 6.0 innings per appearance. Across his previous outings, opponents are batting 0.209 against Manaea. Manaea is giving up home runs at a rate similar to the league average, allowing 1.0 per 9 innings. Per game, Sean Manaea is averaging 6.33, on a strikeout percentage of 26.0%. Command has been a problem for Manaea, as he is giving up 3.0 walks per outing.

Atlanta will roll with Charlie Morton (2-3) as their starter. So far, Morton has put together an ERA of 5.65. In his appearances leading up to today, he has lasted an average of 4.7 innings. Opposing teams have hit the ball well against the right-hander, with a batting average of 0.264. So far, Morton has managed to keep the ball in the ballpark, allowing just 0.96 home runs per 9 innings. Morton has accumulated a strikeout percentage of 17.0% and a per-game average of 3.83. For the season, he has struggled with command averaging 5.34 walks per outing.

For the season, San Diego Padres and Atlanta Braves will be playing their 5th game of the season. San Diego has the lead in the series at 3-2. The over-under record in this series sits at 2-3. The average run total in these games is 8.0 runs per game. In these matchups, the average scoring differential sits at 4.6 runs. Dating back to last season, Atlanta picked up 4 wins compared to 2, taking the season series. The over-under record in last year’s matchups was 2-4, with the average run total being 8.0 runs per game. On average, the winning team won by a margin of 1.67 runs per contest.

In this matchup, I recommend taking the Padres to pull off the upset over Atlanta. Against left-handed pitching, the Padres have the 7th best slugging percentage at .395. This includes 14 home runs with lefties on the mound, 2nd best in the league. Look for San Diego to have a good scoring night, as Charlie Morton has yet to pitch as well as he did last season.

Free MLB Pick: Padres Money Line. Bet your Padres vs. Braves prediction and ALL your MLB wagers for FREE this weekend by scoring a 100% real cash bonus on your first deposit of $100 to $500 at Betnow Sportsbook! (Must use bonus code PREDICTEM).