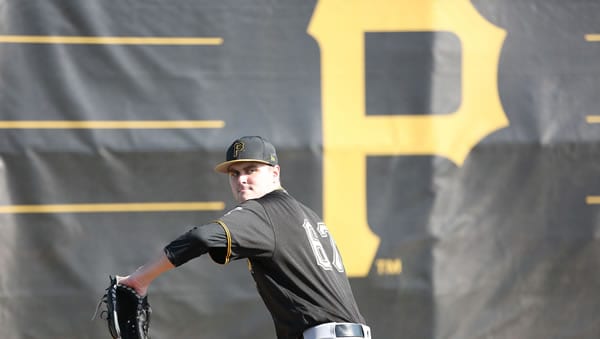 The Pittsburgh Pirates host the Philadelphia Phillies on Sunday, July 31st at PNC Park. The first pitch in this matchup is scheduled for 01:35 ET. The MLB Odds Board places Philadelphia as the favorite (-180), with an OU line set at 7.0.

In the Philadelphia Phillies’ last game, they picked up a 2-1 win over the Pirates. Overall, the team’s pitching staff limited the Pirates to 1 run on 4 hits. The team was able to pick up the win despite scoring just 2 runs on their 6 hits. In the matchup, Philadelphia was favored at -161.0 on the moneyline. So far, the team has been the favorite in 66 of their games, winning at a rate of 56%. This matchup remained below the over-under line set at 7.5 runs. Philadelphia games have still surpassed the over-under line more than half of the time, at 52-46-3.

The Phillies are looking to continue adding wins, as they are 4-1 over their last 5 games. Over this stretch, the team has a positive run differential at +6. In their last 5 contests, Philadelphia is averaging 4.8 runs per game, right in line with their season average of 4.63. Philadelphia’s overall series record is just 15-15-2.

In their last game, the Pirates suffered a 1 run loss to the Phillies by a score of 2-1. For the game, the pitching staff held the Phillies to 2 runs on 6 hits. The Pirates’ offense ended the game with just 1 run on 4 hits. Leading into Pittsburgh’s loss, they were the underdogs, getting 135.0 on the moneyline. So far, the team has gone into 83 games as the underdog, still finding the win column at a rate of 35.0%. Combined, the Pirates and Phillies run total fell below the over-under line of 7.5 runs. This result comes as no surprise, as the team’s over-under record is just 40-54-7.

The Pirates come into today’s game looking to turn things around, as they are just 0-5 over their last 5 games. This recent slump is backed by a scoring margin of -7 over their last 5 games. In their 5 most recent contests, the team is scoring at a rate (2.8) similar to their season-long average of 3.57. Pittsburgh has a below .500 series record of just 8-18-7.

Philadelphia will roll with Aaron Nola (6-8) as their starter. In his previous outings, Nola has lasted an average of 6.61 innings, putting together an ERA of just 3.32. So far, batters are hitting just 0.215 against him. Nola is giving up home runs at a rate similar to the league average, allowing 1.02 per 9 innings. On the season, Aaron Nola has had no problem racking up strikeouts, posting a strikeout percentage of 28%. This includes a per game average of 7.2 K’s per game. Leading into the game, he has shown a strong command of his pitches, averaging just 1.15 walks per contest.

In today’s game, Pittsburgh turns to starter JT Brubaker. For the year, he has a record of 2-8. So far, Brubaker has put together an ERA of 3.96. In his appearances leading up to today, he has lasted an average of 5.26 innings. Teams have been able to rack up runs against him, as he has a batting average allowed of 0.255. Opposing batters are hitting for power at a below-average rate against Brubaker, as he is allowing just 0.9 per 9 innings. Overall, JT Brubaker has struck out 23.0% of the batters he has faced. On average, he averages 5.32 K’s per game. Command has been a problem for Brubaker, as he is giving up 3.78 walks per outing.