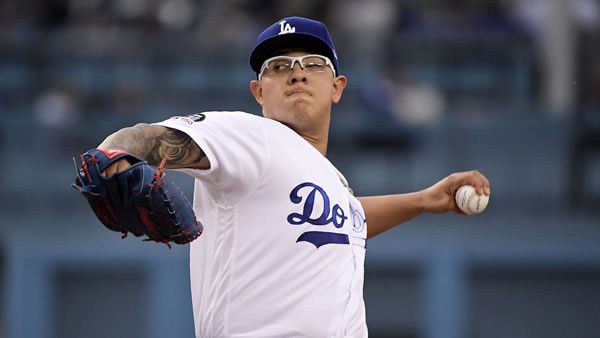 The Los Angeles Dodgers host the Pittsburgh Pirates on Tuesday, May 31st at Dodger Stadium. The first pitch in this matchup is scheduled for 10:10 ET. The MLB Odds Board places Los Angeles as the favorite (-360), with an OU line set at 8.5 runs.

The Pittsburgh Pirates head into today’s matchup after picking up a close win over the LA Dodgers by the score of 6-5. The Dodgers came up with 10 hits leading to 5 runs against Pittsburgh’s pitchers. The Pirates lineup had a good night at the plate, coming up 9 hits, leading to 6 runs. This victory came despite being the betting underdog, getting 280.0 on the moneyline. With the OU line set at 8.0 runs, the Pirates and Dodgers combined to go over this total. Even with this game going over the total, Pittsburgh still has an over-under record of just 17-24-6.

In the Pirates’ last 5 games, they are above .500, going 3-2. During this time, they have an average scoring differential 5. A key to their recent success has been an offense averaging 5.0 runs per game, compared to their season average of 3.43. Pittsburgh’s overall series record is just 5-8-3.

The Dodgers are coming off a tight loss to the Pirates, dropping the game 6-5. In the game, the team’s pitching staff allowed a total of 9 hits, leading to 6 runs. At the plate, the Dodgers scored 5 times on 10 hits. Los Angeles came away with a loss, despite being favored on the moneyline (-360.0). So far, the team has won 68.0% of the games in which they were favored. The Dodgers and Pirates went over the run total line set at 8.0 runs. So far, Los Angeles has an over-under record of just 22-24-2.

In their last 5 games, the Dodgers have put together a record of 4-1. During this time, the team’s run differential sits at 17. Los Angeles has benefited from strong pitching, as their offense has slipped in their last 5 games, averaging just 6.2 runs per game. Their overall average sits at 5.56. On the season, Los Angeles has won more than half of their series, going 11-5-0.

Pittsburgh will roll with Mitch Keller (1-5) as their starter. To date, Keller has an ERA of 6.05 while lasting an average of 4.24 innings per appearance. Opposing teams have hit the ball well against the right-hander, with a batting average of 0.293. Opposing batters have been able to drive the ball with power against Keller, averaging 1.18 homers per 9 innings pitched. Up to this point, Keller has a strikeout percentage of just 18.0% and a per game average of 3.55. Leading into the game, he has shown a strong command of his pitches, averaging just 3.49 walks per contest.

The Los Angeles Dodgers will send Julio Urías to the mound with an overall record of 3-4. Currently, Urías has a strong ERA of just 2.49 while pitching an average of 5.22 innings per outing. Across his previous appearances, the left-hander has a batting average allowed of 0.225. Opposing batters have been able to drive the ball with power against Urías, averaging 1.34 homers per 9 innings pitched. Up to this point, Urías has a strikeout percentage of just 18.0% and a per game average of 3.77. Leading into the game, he has shown a strong command of his pitches, averaging just 2.11 walks per contest.

For the season, Pittsburgh Pirates and Los Angeles Dodgers will be playing their 4th game of the season. So far, Pittsburgh is leading the season series, 3-1. Through 4th games, the series’ over-under record is 2-2, with the average run total sitting at 6.5 runs per game. The averge scoring margin in these meetings is 4.25 runs. Dating back to last season, the Los Angeles picked up 6 wins compared to 0 for the Pirates, taking the season series. In these 6 meetings, the two teams combined for an over-under record of 1-4-1. Last year, the Pirates and Dodgers averaged 6.5 runs per game. The average scoring differential in this series was 2.83 runs per game.