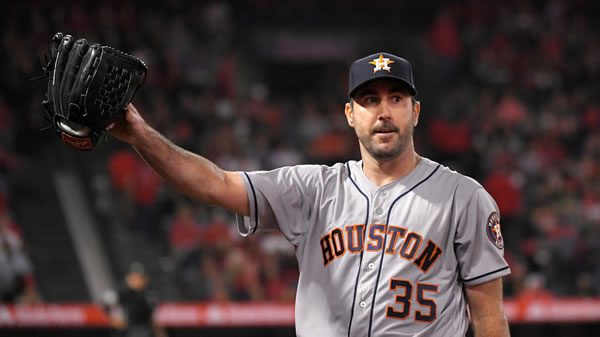 Money Line: Rangers 200 / Astros -245 (Bovada - Did you know you can bet on games live-in-progress? This place has the BEST live wagering platform on the web!)

The Houston Astros host the Texas Rangers on Saturday, May 21st, at Minute Maid Park. The first pitch in this matchup is scheduled for 07:10 ET. The MLB Odds Board places Houston as the favorite (-245), with an OU line set at 7.5.

In their most recent game, Texas picked up a 3-run win over the Houston (3-0). On their way to the victory, the pitching staff gave up no runs on 7 hits. On offense, Texas’s lineup put together a total of 5 hits, leading to 3 runs. Texas picked up the win, despite getting 145.0 on the moneyline. Combined, the Rangers and Houston fell short of the over-under betting line of 8.5 runs. After the game, Texas’s dropped back to an over-under record of 17-17-4.

The Rangers are looking to continue adding wins, as they are 4-1 over their last 5 games. Over this stretch, the team has a positive run differential at 8. A key to their recent success has been an offense averaging 5.4 runs per game, compared to their season average of 4.16. Texas’s overall series record is just 5-7-1.

Houston will be looking to move on from a tough loss to the Rangers by the score of 3-0. Even in the loss, the pitching staff allowed just 3 runs on 5 hits. With their 7 hits, the Astros could only muster 0 runs. Leading into the game, Houston was the betting favorite at -175.0. For the season, the team has been favored in 31 games, winning at a rate of 68.0%. With this result, the Astros and the Rangers combined to fall below the over-under line of 8.5 runs. Now, Houston had an over-under record of 11-29-0.

The Astros come into today’s game looking to turn things around, as they are just 2-3 over their last 5 games. Even though Houston has notched just 2 in their last 5 games, they still have a run differential in this stretch (3). In their 5 most recent contests, the team is scoring at a rate of 4.4 runs per game, similar to their season-long average of 4.33. On the season, Houston has won more than half of their series, going 6-5-2.

The Texas Rangers will send Jon Gray to the mound with an overall record of 1-1. To date, Gray has an ERA of 5.73 while lasting an average of 4.4 innings per appearance. Opposing teams have hit the ball well against the right-hander, with a batting average of 0.25. So far, Gray has managed to keep the ball in the ballpark, allowing just 0.82 home runs per 9 innings. Gray has accumulated a strikeout percentage of 24.0% and a per-game average of 4.6. Throughout the season, Gray has avoided walking batters, allowing just 3.27 per contest. Justin Verlander gets the start for the Astros, with an overall record of 5-1. Currently, Verlander has a strong ERA of just 1.38 while pitching an average of 6.46 innings per outing. So far, batters are hitting just 0.147 against him. Verlander is giving up home runs at a rate similar to the league average, allowing 0.8 per 9 innings. Per game, Justin Verlander is averaging 5.85, on a strikeout percentage of 25.0%. Leading into the game, he has shown a strong command of his pitches, averaging just 1.77 walks per contest.

For the season, Texas Rangers and Houston Astros will be playing their 6th game of the season. Houston holds the edge in the series at 4-2. Through 6th games, the series’ over-under record is 0-6, with the average run total sitting at 9.84 runs per game. In these matchups, the average scoring differential sits at 2.83 runs. Dating back to last season, Houston picked up 14 wins compared to 5, taking the season series. The over-under record in last year’s matchups was 11-5, with the average run total being 9.84 runs per game. The average scoring differential in this series was 4.58 runs per game. More Picks: Get the Dodgers at Phillies Moneyline Pick 5/21/22

Heading into Saturday’s matchup between the Astros and Rangers, there isn’t a lot of value in taking Houston on the moneyline. This is especially true after the team’s home winning streak over Texas was snapped on Friday night. For today’s game, I recommend taking the under at 7.5 runs. Justin Verlander hasn’t given up a run in his last 2 outings. And the last time he faced the Rangers, he gave up just 1 run across 7 innings. Free MLB Pick: Under 7.5 Runs. Bet your Rangers vs. Astros prediction and ALL your Major League Baseball picks for free this week by taking advantage of a 100% real cash bonus on your first deposit of $100 to $300 at MyBookie Sportsbook! (Must use bonus code PREDICT100).