Rangers vs. Tigers Side & Total Picks 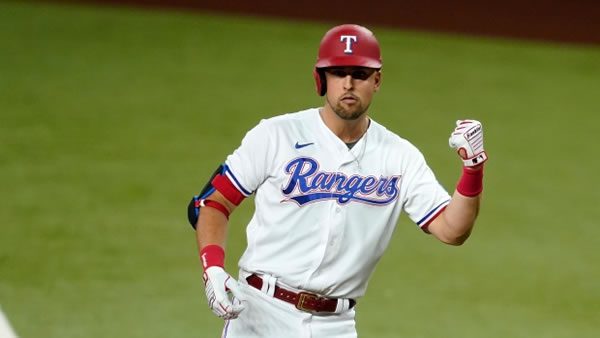 Go back to the start of the season, and you would probably find plenty of people tagging the Tigers as an intriguing dark horse candidate to make a run at a wild card spot. Needless to say, nobody is making those predictions at this point in the year, as Detroit fell flat on its face in the first month of the season and has proven to be one of the worst bets in the American League in 2022. For the year, only Kansas City and Oakland have been an easier way to lose money among AL squads.
And that’s both a helpful tip and a reason to be a little more attentive to what you’re actually betting because the signs have all been there that this isn’t really a team that’s consistent enough to trust. If you’ve been trying to get out of a hole by counting on the Tigers to hit a few plus-money plays after most people had already abandoned them, that’s not a strategy that’s going to find success.

Letting runners reach base hasn’t really been a concern for Martin Perez when he takes the mound. As long as he keeps the opposition from coming across the plate, he hasn’t really worried about how many opponents reach base safely in an inning. What matters instead is the number of runs on the board, not the number of hits, and in eight of his past ten starts, Perez has held the opposition to less than two earned runs.
To make matters worse for opponents, the ninth start in that stretch isn’t because hitters were figuring out Perez; it’s because that start just missed reaching the high bar that has been set for pitchers in this position. Perez finished it having given up exactly two goals, a sign of just how strong he’s been throughout the year. Only the White Sox have managed to get to Perez and hit him for more than two earned runs since the first week of the season, and even they ended up on the wrong end of a 7-6 scoreline. For the most part, he might make things more interesting than you’d like, but he does tend to handle the task when all is said and done.

Keep It In the Park!

In the era of three true outcomes at the plate, having a pitcher who can keep the baseball from flying out of the park is worth its weight in gold to both teams and bettors alike. That’s because hitting isn’t taught as well today as it once was, resulting in players not really looking to hit anything more than either singles or home runs. Previous hitters might try to hit to one part of the park and create a double or triple, but today’s hitters strictly go for power over quality contact.
The effect is rather obvious in the case of someone like Beau Brieske, as the Tigers’ pitcher hasn’t given up a single run in his past three starts when the ball didn’t leave the park. Brieske has, of course, given up runs over the past 17.1 innings, allowing two to the Yankees in six innings and four to the Twins in 5.2 innings. But here’s the thing: every run that Brieske came in existed because someone managed to get one good swing on the ball and put it into the seats.
When it came time to manufacture a run, opponents couldn’t do it against the Tigers’ pitcher. As long as Brieske can keep the ball down and keep the ball from carrying out of the park, the under should be in play.

Balls might have a hard time staying in play, as wind will blow at 15 miles per hour heading toward the stands along the third base foul line. Temperatures will be high, hitting 90 degrees at the first pitch.

The pitching matchup tends to favor Texas, as the Rangers have gotten good performances out of Perez. But the Rangers haven’t played well against the Tigers in a while, and Brieske might be showing some signs of figuring things out as long as the ball stays in the park.

With Comerica Park’s dimensions working in his favor, there’s some value on Detroit here. I’ll take the Tigers and the Under.