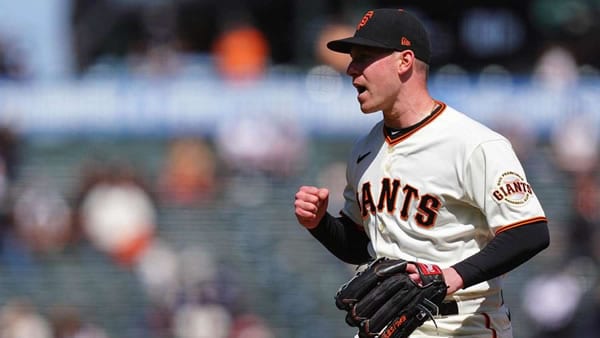 The Giants are quite happy to be sitting on top of the NL West, but trying to close the job in Denver isn’t exactly where most teams would want to be at the moment. This season, Colorado has been outstanding at home, going 46-30 in Denver despite knowing it has virtually nothing to play for. Were the Rockies able to play all of their games at home, they’d almost certainly be a playoff team.

San Francisco, however, is the one team that might genuinely be happy to be in Denver to try to hold off the Dodgers and nail down the division. Of the 30 defeats the Rockies have at home this season, six of them have been at the hands of the Giants, who are 6-2 on the season at Coors Field. For the year, San Francisco is 13-4 against Colorado, one of the biggest reasons why the Giants were both the first team to 100 wins and still holding on against the Dodgers for first place in the NL West with eight games to play.

Rough in the Rockies

Anthony DeSclafani has shown that he still has enough to get the job done, but solving Colorado has been a bit of a challenge. He’s faced the Rockies twice in his past seven starts, and he hasn’t gone past the fifth inning in either situation. The Giants got away with it each time because the offense came through, but DeSclafani has had to rely on the bullpen and the bats to bail him out in each of his past two appearances against the Rockies giving up five runs in 9.2 innings of work.

Most of the time, DeSclafani has been a reliable Under bet, as he’s pitched to the under in five of his past six starts, with one push against the Braves. The 5-4 win over the Rockies was the last time that DeSclafani pitched to the over, as usually, at least one team’s bats haven’t been doing the job when he’s been on the hill.

Gray has a bit of a rough record on the season at 8-11, but that’s explained mostly by a lack of offense on the part of his team. In five of his past eight starts, Colorado has scored two runs or less, and while Gray has a reasonable ERA at 4.23 for the season, he’s not a good enough pitcher to overcome getting almost no run support from his lineup.

More Picks: Phil at Dal Pick Against the Point Spread

It’s still summer in Denver, as the temperature pushes 87 degrees at the first pitch in this matchup. Wind won’t be any help, as wind will only blow at three miles per hour to left-center.

The Giants have dominated the Rockies all season long, and even though Colorado believes it still has plenty to play for, San Francisco is much more motivated and should be able to win a low-scoring contest. If you feel bold, you might want to take the Giants on the runline, given that they’ve won five straight games against the Rockies by at least two runs, but I think you’ll be just fine backing San Francisco to win. Kick off your NFL weekend (or for more baseball bets) with a 100% REAL CASH bonus on your first deposit of $100 to $300 at MyBookie Sportsbook! (Must use bonus code PREDICT100 on registration page!)