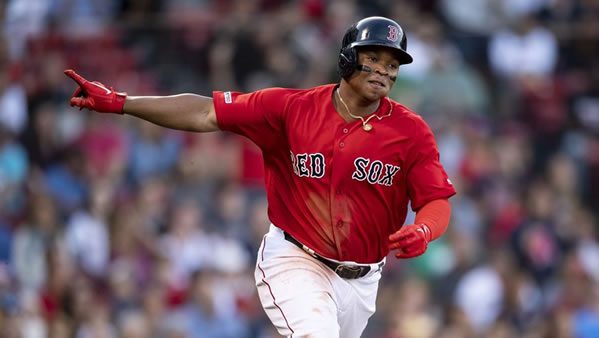 2021 has been a tale of two situations for Luis Patino, who’s been dynamite at home but a worse traveler than my cat. In five home appearances, Patino has done his job well, posting a 1.83 ERA and striking out 19 batters in 19.2 innings of work. But when he’s left Tropicana Field, he’s been disastrous, giving up 14 runs in 17 innings for an ERA of 7.41.
The problem hasn’t been the quality of offense that he’s facing, either, as lesser offenses like the Orioles and Indians have teed off on him just as easily as the Blue Jays’ powerful offense did. The Rays have bailed him out in three of his four appearances, though, as they’ve managed to score at least five runs in each of those trips to the mound and picked up the win in spite of Patino’s poor performance.

For the most part, Rodriguez has had a year to forget in 2021. His ERA is a run and a half higher than it was in 2019, and he opted out of the 60-game sprint last year, so he can’t even use that excuse as to why his performance has been so much worse than it was in his most recent season. Despite pitching 25 innings fewer than he did in 2018, he’s already given up seven more earned runs than he did that season.

That said, there’s reason to believe that things could be improving for the Venezuelan, as he’s coming off a 10-strikeout performance against the Tigers in which he didn’t give up any runs in five innings. In fact, he’s given up just one run in three of his past four appearances, and the Red Sox won all three games with the total going Under. However, the one exception was a bad one: a 13-1 loss to the Blue Jays in which he gave up six earned runs despite striking out eight.

Over Rodriguez’s past six starts, pairing the under and a win has been a reliable strategy, as Boston has won four of his past six and stayed under the number in all four victories. When the Sox have lost, either the over has cashed, or the number pushed.

More Picks: Get the experts take on today’s games >>>

It hasn’t taken much knowledge to bet Rays vs. Red Sox this year: pretty much all you’ve had to do in 2021 is put your money on the home team and wait for the ticket to cash. So far, the teams have met nine times, and eight have gone to the hosts, with the lone exception being the teams’ first meeting of the year in Tampa Bay.
The Rays have won five straight against Boston and taken first place from their rivals, but the one thing Tampa Bay hasn’t yet proven it can do in 2021 is to win at Fenway Park. The Red Sox have won all three meetings in Massachusetts, and a strong series from the Sox can throw the AL East race back into chaos.

After a disgusting Monday across the country, things will be much more pleasant on Tuesday, as temperatures will sit at 75 degrees with the wind blowing at seven miles per hour toward the Green Monster.an

The bet I want here is the over, as I don’t trust either pitcher right now, and I really don’t trust the Red Sox bullpen after watching Toronto tee off on Boston over the weekend. Given that the Rays tend to yank their pitcher as soon as they feel they need to do so, there’s more of a reason to trust Tampa Bay in this game than Boston.
The Red Sox should have had three wins out of four against the Blue Jays, but they gave two away with poor pitching performances, and Tampa Bay’s going to break out this Fenway funk eventually. I’ll take a shot with the Rays here. Bet this game for free and get the biggest bang for your buck with a 200% bonus on a $25 deposit at Intertops Sportsbook! Simply deposit $25, go to the bonus code area and enter ROOKIE200 and they’ll give you a free $50 bet! Must use this link to register for a new account!