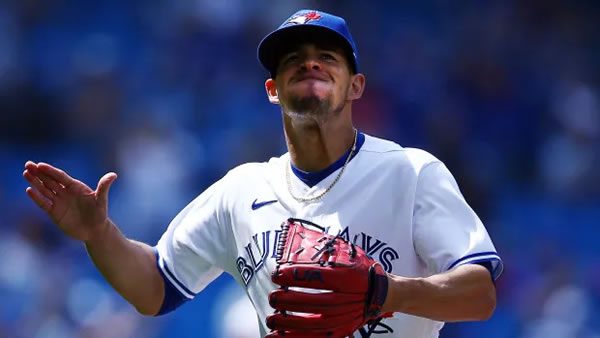 The Blue Jays aren’t going to sneak up on anybody this season, as Toronto is widely considered to be the best team in the American League. On paper, the Blue Jays do have that kind of talent, but it remains to be seen whether they can put it all together. The last time the Jays won the pennant was 1993, and Toronto’s been struggling to regain that form ever since.

This is supposed to be the season that the young Jays get back to being genuine contenders and reach the playoffs for the first time in a 162-game season since 2016. However, Toronto has now gone from being the young upstart challenging for supremacy to the team with the target on their back. The last time the Blue Jays were a target, it didn’t work out so well, as their hitters wouldn’t hit for a few years and the Jays were never a factor. That shouldn’t happen this time around, but in a city desperate for a winner, the Jays are going to deal with much bigger expectations than a team who hasn’t won a playoff game in five years normally does.

Jose Berrios is in Ontario for one reason: the Jays believe they already have the hitters needed to reach the World Series and that pitching was the problem last season. With what Toronto gave up to get Berrios, they’re going to need him to do better than the 5-4 record he turned in a season ago. The good news for Berrios is that he successfully ate a lot of innings last year, as his final seven starts of 2021 all saw him pitch through six complete innings, but the bad news is that in 12 starts with the Jays, he fave up at least three runs on five occasions.

Given the Jays’ offensive firepower, that’s not the worst thing in the world, but it does mean that Toronto figures to play its fair share of over games when Berrios takes the mound. He’s not the kind of shutdown pitcher who goes out and wins you a game 2-0 just on the force of his will and his pitching ability; he’s the kind of pitcher who will not lose you a game as long as your offense does its job. That means that the Jays might not be a great runline bet with him on the mound, as there’s a good chance the other team hits too and stays within two runs.

If the Rangers are going to be competitive at all this season, they’ve got to figure out something that they’re good at, because hitting and pitching were not it. Texas’ pitching staff had an ERA of 4.79 a year ago on their way to 102 losses, and the Rangers were even worse at the dish, hitting a lower average than anyone but Seattle.

If the Rangers are going to find something they’re good at, Jon Gray will have to be better than he was over the final two months of 2021. In August and September/October, he had just one game in which he lasted past the fifth inning. Not only that, but his ERA for September was 5.30 and 6.55 in August, as it went up by nearly a full run over the final two months of the year. Nobody expects Texas to be good, but it will need to be better than what it has shown.

With rain and 45 degree temperatures expected to dominate the day in Toronto, expect the Blue Jays to close the roof and take weather out of the equation.

I really like the over in this matchup, as I think the Jays will hit well and Berrios will allow the Rangers to score a few of their own. As far as the winner in this matchup, I think Toronto’s the better team and will play like it, as they know a fast start is needed to meet its expectations. Give me the Jays. Bet your Rangers vs. Bluejays pick and ALL your MLB predictions for FREE this week by taking advantage of a 100% REAL CASH bonus on your first deposit of $100 to $300 at MyBookie Sportsbook! Must use bonus code PREDICT100 and go through this special link!