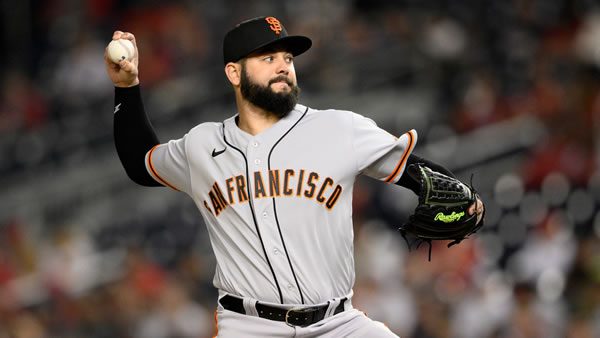 The San Francisco Giants host the Philadelphia Phillies on Saturday September 3rd at Oracle Park. The first pitch in this matchup is scheduled for 04:05 ET. The MLB Odds Board places Philadelphia as the favorite (-130), with an OU line set at 8.0.

The Phillies are hoping to get back on track after falling to the Giants by a score of 13-1. On their way to giving up 13 runs, the Phillies staff allowed 11 hits. The Phillies ended the game with just 1 run on 5 hits. Philadelphia’s loss came as the underdog, getting 100.0 on the moneyline. Together, the Phillies and SF Giants combined to surpass the over-under betting line set at 7.5 runs. Philadelphia now has an over-under record of 67-60-5.

The Phillies will be hoping to pick up a win in today’s matchup, as they have gone just 1-4 over their last 5 games. In this rough stretch of games, the team’s run differential comes in at -16. Despite their below .500 record, in Philadelphia’s last 5 games, they are averaging just 5.8. Their season-long average currently sits at 4.71 (5th. So far, Philadelphia has won over half of their 42 series played, going 20-19-3.

In their last game, the San Francisco Giants picked up a 12 run win over the Phillies by a score of 13-1. In the win, the pitching staff allowed just 1 runs on 5 hits. At the plate, the Giants scored 13 times on 11 hits. Heading into action, San Francisco was the favorite at -120.0. For the season, the team has been favored in 95 games, winning at a rate of 56%. In terms of the over-under, the Giants and Phillies combined to surpass the line of 7.5 runs. Overall, the team has gone over the betting line in over half of their games, going 63-60-7.

In their last 5 contests, the Giants have just 1 win, going 1-4. Despite this record, the team still has a positive run differential of +4 (last 5). Their recent record comes while the offense has picked up its play, averaging 5.6 runs over their last 5 game, compared to their overall figure of 4.47. San Francisco has a below .500 series record of just 18-18-7.

Noah Syndergaard gets the start for the Phillies, with an overall record of 5-8. To date, Syndergaard has an ERA of 3.82 while lasting an average of 5.33 innings per appearance. Syndergaard comes into the game with a batting average allowed of 0.244. So far, Syndergaard has managed to keep the ball in the ballpark, allowing just 1.01 home runs per 9 innings. On the season, Noah Syndergaard has had no problem racking up strikeouts, posting a strikeout percentage of 19.0%. This includes a per game average of 4.27 K’s per game. In his previous outings, walks have been an issue, as Syndergaard is averaging 2.48 free passes per outing.

In today’s game, San Francisco turns to starter Jakob Junis. For the year, he has a record of 4-4. So far, Junis has put together an ERA of 4.04. In his appearances leading up to today, he has lasted an average of 4.83 innings. Teams have been able to rack up runs against him, as he has a batting average allowed of 0.247. Opposing hitters are hitting home runs at an above average rate against Junis. This year, he is allowing 1.21 HR’s per 9 innings pitched. Per game, Jakob Junis is averaging 4.18, on a strikeout percentage of 21.0%. Junis has done a good job at limiting walks, averaging just 1.75 per contest.

Today’s matchup between the Philadelphia Phillies and San Francisco Giants will be their 5th meeting of the season. San Francisco holds the edge in the series at 3-1. Through 4 games, the series over-under record is 3-1, with the average run total sitting at 11.67 runs per game. In these matchups, the average scoring differential sits at 4.25 runs. San Francisco won last year’s head-to-head series, grabbing 4 wins to 2. In these 6 meetings, the two teams combined for an over-under record of 4-2. Last year, the Phillies and Giants averaged 11.67 runs per game. The average scoring differential in this series was 4.0 runs per game.

Free MLB Pick: Giants Moneyline. Bet your MLB picks for FREE this week by taking advantage of a 100% real cash bonus from one of the top tier bookies on our best betting sites page!