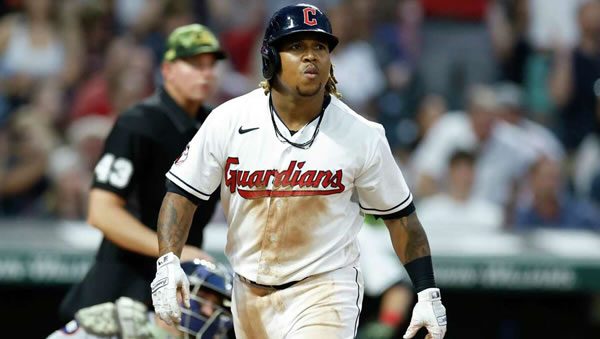 Money Line: Twins -105 / Guardians -115 (Everygame - Use bonus code PREDICTEM on their special offers page after you deposit and they’ll give you a 100% real cash bonus up to $500! Great offer from the oldest and most trusted bookie on the web!)

The Cleveland Guardians host the Minnesota Twins on Monday September 19th at Progressive Field. The first pitch in this matchup is scheduled for 01:10 ET. The MLB Odds Board places Cleveland as the favorite (-115), with an OU line set at 7.5.

Heading into today’s game, Minnesota will be looking to tack on another win after taking down Cleveland by the score of 3-0. On their way to the victory, the pitching staff gave up 0 runs on 3 hits. The team was able to pick up the win despite scoring just 3 runs on their 10 hits. In the matchup, Minnesota was favored at -110.0 on the moneyline. So far, the team has been the favorite in 93 of their games, winning at a rate of 62.0%. Together, the Twins and Cleveland stayed below the over-under line set at 8.0 runs. After the game, Minnesota dropped back to an over-under record of 68-68-10.

Over the Twins’ last 5 contests, they have a record of just 2-3. In this rough stretch of games, the team’s run differential comes in at -2. On offense, Minnesota’s offense has experienced a dip in production, averaging 3.2 runs per game over their last 5 contests. Minnesota’s overall series record is just 20-20-6.

Cleveland will be looking to move on from a tough loss to the Twins by the score of 3-0. Even in the loss, the pitching staff allowed just 3 runs on 10 hits. The Guardians’ offense ended the game with 0 runs on 3 hits. Leading into the game, Cleveland was the betting favorite at -110.0. So far, the team has won 62.0% of the games in which they were favored. Combined, the Guardians and Twins’ run total fell below the over-under line of 8.0 runs. This result comes as no surprise, as the team’s over-under record is just 64-74-8.

Sonny Gray gets the start for the Twins, with an overall record of 8-4. Currently, Gray has an ERA of just 2.91 while pitching an average of 5.1 innings per outing. Hits have been hard to come by against the right-hander, as his batting average allowed is just 0.218. In addition, to his strong BA allowed, he has been able to limit power, allowing just 0.77 home runs allowed per 9 innings. In terms of strikeouts, Sonny Gray has a strong strikeout percentage of 24.0%, including a per-game average of 5.04. In his previous outings, walks have been an issue, as Gray is averaging 2.68 free passes per outing.

The Cleveland Guardians will send Cal Quantrill to the mound with an overall record of 12-5. Quantrill gets the start with an ERA of 3.51. On average, he has lasted 5.86 innings per appearance. Opposing teams have hit the ball well against the right-hander, with a batting average of 0.256. Throughout the season, Quantrill has done a good job at limiting home runs, allowing 1.04 per 9 innings. Per game, Cal Quantrill is averaging 4.07, on a strikeout percentage of 17.0%. Quantrill comes into the game hoping to improve his walk numbers, as he is averaging 2.36 free passes per outing.

For the season, the Minnesota Twins and Cleveland Guardians will be playing their 19th game of the season. Cleveland holds the edge in the series at 12-6. The over-under record in this series sits at 8-10. The average run total in these games is 8.74 runs per game. The averge scoring margin in these meetings is 2.5 runs. Last season, Minnesota picked up the series win, 11 games to 8. In these 19 meetings, the two teams combined for an over-under record of 10-8. Last year, the Twins and Guardians averaged 8.74 runs per game. The average scoring differential in this series was 3.58 runs per game.

Heading into Monday’s AL Central matchup between Minnesota and Cleveland, the over-under run total is set at 7 runs. Look for both offenses to struggle with Sonny Gray and Cal Quantrill on the mound. I recommend taking the under.

Free MLB Pick: Under 7 Runs. Do you bet on football? How would you like to get a free half point everytime you bet your favorite team?