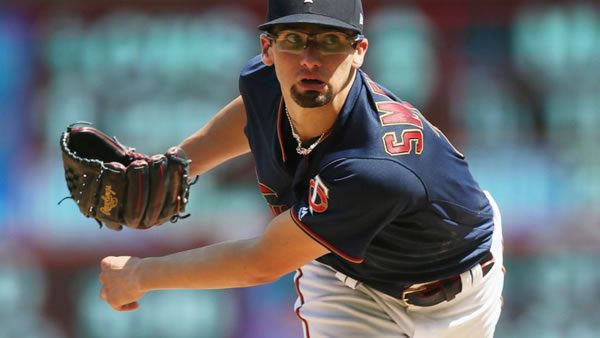 The Detroit Tigers host the Minnesota Twins on Tuesday, May 31st at Comerica Park. The first pitch in this matchup is scheduled for 01:10 ET. The MLB Odds Board places Minnesota as the favorite (-140), with an OU line set at 8.5.

Minnesota heads into today’s action, looking to rebound from a 7-5 loss to Detroit. On their way to giving up 7 runs, the Twins staff allowed 13 hits. On offense, the Twins 10 hits and 5 runs ended up not being enough to pull out the win. This defeat came despite being favored at -138.0. Through 36 games as the favorite, the team has found the win column at a rate of 67.0%. This game went over the posted over-under line of 8.0 runs. Games involving the Twins have stayed below the over-under line more than half of the time, at 22-24-3.

After their 5 most recent games, the Twins have gone just 2-3. This mark has come on an average run margin of just 0. However, the team’s offense isn’t to blame, as they are averaging 5.4 runs per game compared to their season average of 4.37. So far, Minnesota has won over half of their 16 series played, going 8-4-4.

Detroit is coming off a 2-run win over the Twins (7-5). Detroit’s pitching staff gave up 10 hits, leading to 5 Twins runs. Offensively, they finished with 7 runs on 13 hits. Despite being the underdogs, getting 128.0 on the moneyline, the Tigers still picked up the win. In their 33 games as the underdog, their straight-up win percentage sits at 33.0%. The Tigers and Twins went over the run total line set at 8.0 runs. So far, Detroit has an over-under record of just 15-30-2.

Devin Smeltzer gets the start for the Twins, with an overall record of 1-0. Through 3 appearances, Smeltzer has an ERA of just 1.04 while averaging 5.7 innings per appearance. So far, batters are hitting just 0.175 against him. Not only does Smeltzer have a strong batting average allowed, but he has also avoided giving up home runs. Smeltzer is in the bottom half of the league in strikeouts, averaging just 2.66 K’s per game. This includes a strikeout percentage of 13.0%. Leading into the game, he has shown a strong command of his pitches, averaging just 2.08 walks per contest.

For the Tigers, starting pitcher Rony García has yet to factor into a decision. So far, García has put together an ERA of 3.0. In his appearances leading up to today, he has lasted an average of 2.0 innings. Through 9 outings, opposing teams have combined for a batting average of 0.143. Home runs have been a concern for García as he is allowing 1.5 per 9 innings. Up to this point, García has a strikeout percentage of just 32.0% and a per game average of 2.44. Leading into the game, he has shown a strong command of his pitches, averaging just 2.5 walks per contest.

Today’s matchup between the Minnesota Twins and Detroit Tigers will be their 7th meeting of the season. Minnesota has the lead in the series at 5-2. The over-under record in this series sits at 4-3. The average run total in these games is 10.79 runs per game. In these matchups, the average scoring differential sits at 2.71 runs. Going back to last year, Minnesota won the season series, 11 games to 8. The over-under record in last year’s matchups was 10-9, with the average run total being 10.79 runs per game. The average scoring differential in this series was 2.79 runs per game.

In Tuesday’s AL Central showdown between Detroit and Minnesota, I recommend taking the Twins to pick up the win. Even though Rony Garcia has a decent ERA, he has primarily worked out of the bullpen. Look for Minnesota to get off to a good offense start vs Garcia. I like the Twins on the moneyline.