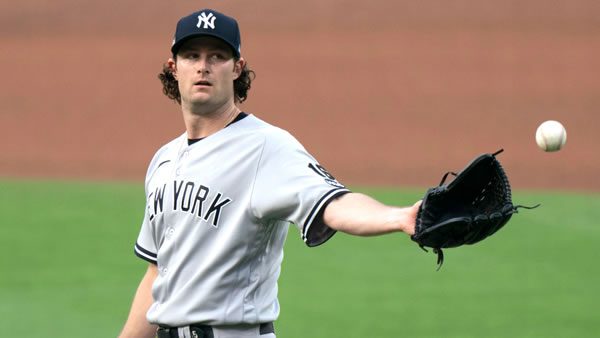 Money Line: Twins +165 / Yankees -200 (Bovada - You gotta check these guys out if you live bet games! Their live wagering platform BLOWS AWAY the other books!)

The New York Yankees host the Minnesota Twins on Tuesday September 6th at Yankee Stadium. The first pitch in this matchup is scheduled for 07:05 ET. The MLB Odds Board places New York as the favorite (-200), with an OU line set at 7.0.

The Twins come into this matchup having suffered a 3 run loss to the NY Yankees (5-2). Minnesota’s pitching staff finished the game by allowing 7 hits, leading to 5 runs. With their 6 hits, the Twins could only muster 2 runs. Minnesota’s loss came as the underdog, getting 145.0 on the moneyline. Combined, the Twins and NY Yankees fell short of the over-under betting line of 8.5 runs. With this result, Minnesota’s over-under record dropped even further, moving to just 61-62-10.

Over the Twins’ last 5 contests, they have a record of just 1-4. In this rough stretch of games, the team’s run differential comes in at -14. Minnesota’s offense is in the middle of a cold streak, as their offensive production has dipped to just 3.0 runs per game over their last 5 contests. So far, Minnesota has won over half of their 43 series played, going 19-18-6.

New York is coming off a 3-run win over the Twins (5-2). In the win, the pitching staff allowed just 2 runs on 6 hits. At the plate, the Yankees scored 5 times on 7 hits. Heading into action, New York was the favorite at -165.0. For the season, the team has been favored in 123 games, winning at a rate of 62.0%. With this result, the Yankees and Twins combined to fall below the over-under line of 8.5 runs. This result comes as no surprise, as the team’s over-under record is just 61-70-4.

In their last 5 contests, the Yankees have just 2 wins, going 2-3. During this time, the team has a run differential of -7. The team’s offense is partly to blame for their recent slump, as they have averaged just 2.0 runs over their last 5 game. On the season, New York has won more than half of their series, going 25-14-6.

Minnesota will roll with Joe Ryan (10-7) as their starter. So far, Ryan has put together an ERA of 3.88. In his appearances leading up to today, he has lasted an average of 5.37 innings. Across his previous outings, opponents are batting 0.223 against Ryan. Despite a strong batting average allowed, Ryan is prone to giving up home runs, averaging 1.45 homers per 9 innings pitched. On the season, Joe Ryan has had no problem racking up strikeouts, posting a strikeout percentage of 25.0%. This includes a per game average of 5.5 K’s per game. For the season, he has struggled with command averaging 2.66 walks per outing.

The New York Yankees will send Gerrit Cole to the mound with an overall record of 10-7. Through 27 appearances, Cole has an ERA of just 3.28 while averaging 6.08 innings per appearance. So far, batters are hitting just 0.207 against him. Home runs have been a concern for Cole as he is allowing 1.26 per 9 innings. In terms of strikeouts, Gerrit Cole has a strong K% of 31.0%, including a per game average of 7.56. Cole comes into the game hoping to improve his walk numbers, as he is averaging 2.19 free passes per outing.

Today’s matchup between the Minnesota Twins and New York Yankees will be their 5th meeting of the season. New York holds the edge in the series at 3-1. The over-under record in this series sits at 2-1. The average run total in these games is 11.71 runs per game. In these matchups, the average scoring differential sits at 4.75 runs. New York won last year’s head-to-head series, grabbing 6 wins to 1. In these 7 meetings, the two teams combined for an over-under record of 6-0. Last year, the Twins and Yankees averaged 11.71 runs per game. On average, the winning team won by a margin of 3.71 runs per contest.

More Picks: Get our MIL/COL betting analysis and predictions for 9/6/22 >>>

Leading into Tuesday’s matchup between Minnesota and New York, the Yankees are the heavy favorite on the moneyline. Although it’s tough to say if New York has finally turned things around, as they have won 2 straight games, they have a good chance to pick up another win with Gerrit Cole on the mound. I expect the Yankees to score enough of Joe Ryan to grab the victory and cover the runline.

Free MLB Pick: Yankees Runline. Bet your MLB predictions for FREE this week by scoring a 100% real cash bonus up to $500 in free bets when you use bonus promo code PREDICTEM at Betnow Sportsbook!