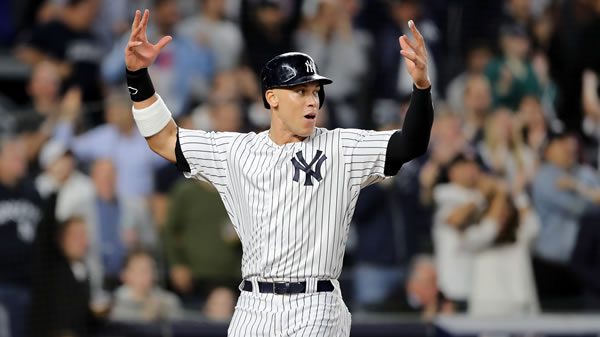 The New York Yankees host the Minnesota Twins on Wednesday September 7th at Yankee Stadium. The first pitch in this matchup is scheduled for 03:05 ET. The MLB Odds Board places New York as the favorite (-143), with an OU line set at OFF.

The Twins are hoping to get back on track, after falling to the NY Yankees, by a score of 5-2. On their way to giving up 5 runs, the Twins staff allowed 7 hits. Offensively, they finished with just 2 runs on 6 hits. The loss came as Minnesota was the betting underdog, getting 145.0 on the moneyline. This matchup remained below the over-under line set at 8.5 runs. With this result, Minnesota’s over-under record dropped even further, moving to just 61-62-10.

In their last 5 games, the Twins are below .500, at 1-4. In this rough stretch of games, the team’s run differential comes in at -14. A key reason for Minnesota’s recent struggles is an offense averaging just 3.0 runs per game over their last 5 contests, compared to a season average of 4.40. So far, Minnesota has won over half of their 43 series played, going 19-18-6.

New York is coming off a 3 run win over the Twins (5-2). For the game, the pitching staff held the Twins to 2 runs on 6 hits. Offensively, they finished with 5 runs on 7 hits. In the game, New York was able to take care of business as they were the favorite at -165.0. So far, the team has won 62.0% of the games in which they were favored. With this result, the Yankees and Twins combined to fall below the over-under line of 8.5 runs. This result comes as no surprise, as the team’s over-under record is just 61-70-4.

Minnesota will hand things off to Louie Varland, who is making his MLB Debut for the Twins. Most recently, Varland was pitching in AAA for the St. Paul Saint. This year, he has a record of 8-5 with a 3.06 ERA.

The New York Yankees will send Domingo German to the mound with an overall record of 2-3. Through 9 appearances, German has an ERA of just 3.12 while averaging 5.44 innings per appearance. This season opponents are hitting 0.237 against German. Opposing batters are hitting for power at a below-average rate against German, as he is allowing just 1.1 per 9 innings. German is in the bottom half of the league in strikeouts, averaging just 3.56 K’s per game. This includes a strikeout percentage of 16.0%. Leading into the game, he has shown a strong command of his pitches, averaging just 2.02 walks per contest.

Today’s matchup between the Minnesota Twins and New York Yankees will be their 5th meeting of the season. Currently, New York is winning the season series 3-1. The over-under record in this series sits at 2-1. The average run total in these games is 11.71 runs per game. In these matchups, the average scoring differential sits at 4.75 runs. New York won last year’s head-to-head series, grabbing 6 wins to 1. The over-under record in last year’s matchups was 6-0, with the average run total being 11.71 runs per game. On average, the winning team won by a margin of 3.71 runs per contest.

Heading into Wednesday’s matchup between Minnesota and New York, the Yankees are the favorite on the moneyline. Even though Louie Varland has some decent numbers in AAA, I don’t see him holding up vs the Yankees. I recommend taking New York to win by multiple runs on the runline.